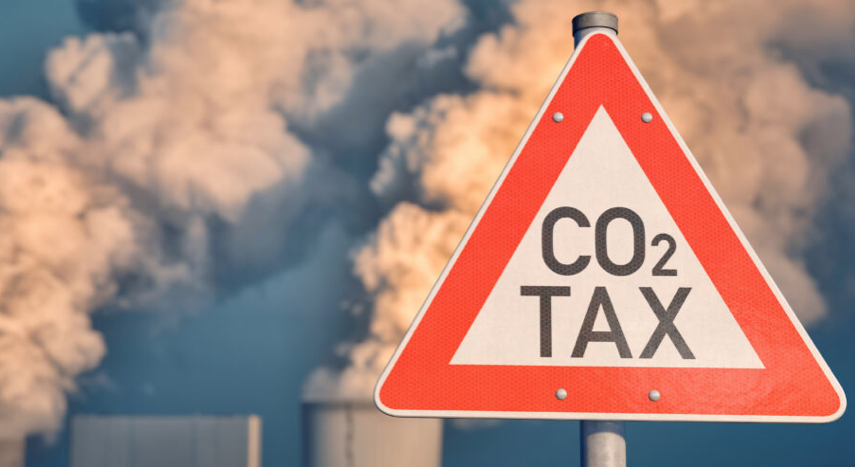 TRANSIT LA-Here’s some information from the Carbon Tax website: A carbon tax is a fee imposed on the burning of carbon-based fuels (coal, oil, gas).

More to the point: a carbon tax is the core policy for reducing and eventually eliminating the use of fossil fuels whose combustion is destabilizing and destroying our climate.

A carbon tax is a way — the only way, really — to have users of carbon fuels pay for the climate damage caused by releasing carbon dioxide into the atmosphere. If set high enough, it becomes a powerful monetary disincentive that motivates switches to clean energy across the economy, simply by making it more economically rewarding to move to non-carbon fuels and energy efficiency.

There are opinions on how the tax should be distributed with the most popular seeming to be a refund to the people. The argument is that this rebate would help low income citizens. Again, from the website:

Another progressive approach is to rebate the carbon tax revenues equally to all U.S. residents — a national version of the Alaska Permanent Fund, which for decades has annually sent identical checks to all state residents from earnings on investments made with the state’s North Slope oil royalties.

I am extremely worried about the rapidly increasing negative consequences of global warming from burning fossil fuels. The United Nations Climate Action Summit recently released its report on the growing threat from carbon gases.

One way that I individually reduce my carbon footprint is to ride buses and trains in Los Angeles. Riding mass transit means one bus motor moving up to sixty people at once instead of sixty individual drivers burning gas through their sixty individual gas burning vehicles. Three car trains can carry hundreds of passengers at once. This shared riding of one vehicle greatly reduces fuel consumption and the sending of global warming carbon gases into the atmosphere.

If the carbon tax were to reduce the amount carbon gases which trigger global warming from going into the atmosphere, I am in favor of it. However, the rebate of tax revenues to all U.S residents is too altruistic and does not take into consideration a realistic assessment of human behavior. This could lead to the opposite of reducing the burning of fossil fuels with the rebates leading to negative, and devastating consequences environmentally and socially.

If these rebates are just distributed to U.S. citizens without direction and restrictions, the money could be spent on:

Perhaps this idea of an unrestricted rebate comes from the 89% of the populace who mostly drive, and not the 11% who use transit regularly. See this link to the Pew Research Center.

I am among the 11% and would rather have the CTC taxes spent on increasing, improving, and maintaining mass transit, the trains of the nation and its wrongly maligned workhorse, the buses.

Had these people suffered the travails of riding mass transit on a regular basis, they would see the rebate money would be wisely spent on improving transit in this nation. This would help low income citizens who are dependent upon mass transit and reduce the nation’s carbon footprint.

If they were regular transit riders, they would:

The proponents may have had the right idea to tax carbon gas producing fossil fuels, but their approach to the realities of human nature and mass transit lack insight.

(Matthew Hetz is a Los Angeles native. He is a transit rider and advocate, a composer, music instructor, and member and president and executive director of the Culver City Symphony Orchestra. He is a CityWatch contributor.) Edited for CityWatch by Linda Abrams.