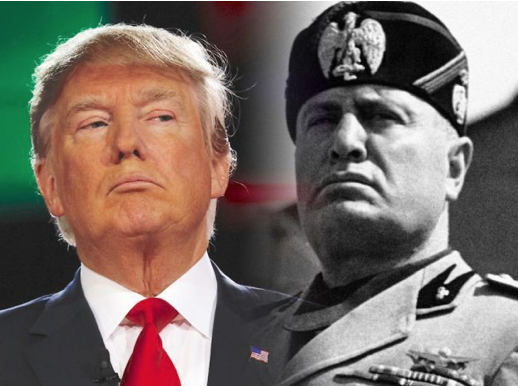 It's "pro-history" in that the history of the war between America and Mexico, the attempt to create a United States-type of coalition and democracy (anyone ever heard of Simon Bolivar?) and the events of today are all coming together.

To some degree, and ultimately because I am forever a student of history, I am an American imperialist. To some degree, this sentiment saddens me because I conclude there is no better option, and to some degree I just don't care. Because if the economic, cultural, or political void of the United States goes away, that void will be filled.

Perhaps that void will be filled by China. Perhaps by an Iran/Turkey alliance with Russia. Either way, that void, currently dominated by the Western-influenced nations of Europe and the United States, cannot remain empty so long as human nature is what it has always been.

But the United States, and preferably other European, Asian, Middle East, and other global allies who share a series of economic and political and cultural ideals dubbed "Western", has produced global prosperity and hope more than any Chinese or Russian or Iranian/Turkish alternative could ever hope to produce.

Enter the current Central American/Mexican exodus into the United States (there are no shortage of Chinese and other Asians doing the same, but that is a related but separate issue), which has as its counterpart the Muslim exodus into Europe.

Yes, there are globalists and cheap-labor-at-all-costs entities who threaten us all (or at least those of us who still value the middle class, and do NOT want a hideous oligarchal divide between the uber-rich and forever-poor, regardless of wherever nation one abides), but the problem at hand is whether imperialism still exists.

Again, this is not a Republican/Democratic Party issue--both parties' leadership have for too long cruelly and callously ignored their middle-class constituencies to promote a few very wealthy and connected oligarchs (and more than a few oligarch-wannabes).

But whether it's for economic survival, to be ensured food and a future, or to save one's life and limb, many are arriving here from the south to the extent that entire villages are becoming deserted, and economic chaos is only worsening.

1) For all the political blather, can we at least all agree that this is not sustainable?

2) For all the political hype, can we at least all agree that the conclusion that these Central American countries are in one way, shape, or form failed nations?

3) For all the political hoopla, can we at least all agree that the United States cannot provide all the resources to pay for these immigrants, migrants, asylum-seekers, or whatever you want to call them (the immigrants who came through Ellis Island did NOT have the benefits that are now being employed for newly-arrived immigrants today, by the way).

Hence we will hear some fury, and hear some agreement, with the Trump Administration's crackdown on the metrics and allowances of migrants to claim asylum, because some legitimately need asylum, but others just want a better economic future...which by itself is NOT sufficient to be allowed entrance into the U.S.

I have not, and shall not, be hesitant to raise the question of whether nations such as Guatemala, or even portions of Mexico, should be offered the opportunity to vote in referendums to become territories (not states) of the United States. That means that their land and resources change in status, but so as well does their opportunities.

Because either these nations must take care of their own problems, or they choose an economic imperialism over the United States to pay for their problems...
...or we jump in to extend the economics and land-ownership of United States citizens to modernize and influence lands beyond our current southern border.

Sound crazy? Horrible? Evil? Maybe it is, but maybe it's inevitable.

But we DO need at least a partnership between Mexico, Guatemala (which serves as a geographic barrier/cap to nations to the farther south) and the United States to stop our currently UNSUSTAINABLE situation.

Because the average American, when he/she goes outside of his/her political comfort zone, KNOWS that this current migration crisis is NOT sustainable.

And something HAS to be done.

New empires are being formed--some economic, and some political, and some territorial in nature.
It's the 21st Century, with new realities to confront--and those realities will test us no less or more than other realities tested our forefathers.

We didn't create this crisis at the southern border...but it's history's call to us to resolve it.

(CityWatch Columnist, Kenneth S. Alpern, M.D, is a dermatologist who has served in clinics in Los Angeles, Orange, and Riverside Counties, and is a proud husband and father to two cherished children and a wonderful wife. He is also a Westside Village Zone Director and Board member of the Mar Vista Community Council (MVCC), previously co-chaired its Outreach Committee, and currently is Co-Chair of its MVCC Transportation/Infrastructure Committee and Vice-Chair of its Planning Committee. He was co-chair of the CD11 Transportation Advisory Committee and chaired the nonprofit Transit Coalition and can be reached at [email protected]. He also co-chairs the grassroots Friends of the Green Line at www.fogl.us. The views expressed in this article are solely those of Dr. Alpern.)
-cw