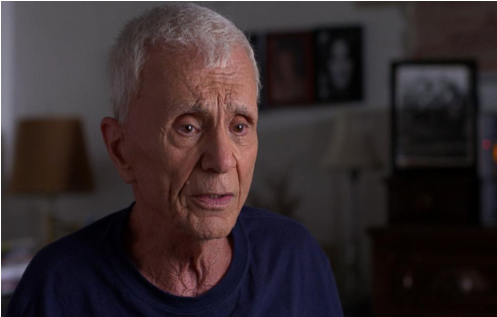 @THE GUSS REPORT-My days start in pitch darkness, but rarely are those wee hours of stretching and caffeine the highlight of the day, like last week when I received an overnight message that actor Robert Blake saw my recent column about him and wanted to talk.

“I can’t say your column on my legal cases was best or fairest because that implies others were fair, too,” the 86-year old thespian told me when we met up a day later. “Yours was the only media coverage to ever, ever, ever give me a fair shake.”

Blake was referring to countless bait and switch interviews with everyone from Dr. Phil and Piers Morgan to disingenuous trial coverage by Nancy Grace, Dan Abrams, Jeffrey Toobin and even the recent 20/20 episode featured in my column, even though that is what convinced me that Blake is factually innocent and deserving of an apology from current LA District Attorney Jackie Lacey.

These days, Blake resides on an attractive tree-lined street, but one more befitting a columnist than a silver screen and prime time network television star from an era when that really meant something. He is rail thin with a good head of hair and a decisive mind with an intact sense of humor.

“For a year, I was in solitary confinement without bail while awaiting trial not because the government wanted to protect me from other inmates, but because they wanted me to kill me with isolation and despair so they wouldn’t have to go to trial and prove their case,” said Blake, adding, “because dead men are always guilty, and I was neither.”

There’s something to be said for that. Blake could have been kept in the relative security of the medical unit at DTLA’s Men’s Central Jail if security and health were issues.

For comparison, Blake (who has consistently maintained his innocence) points to the Phil Spectorcase, where the comparably eccentric record producer admitted shooting actress Lana Clarkson in the face but was free on bail for years before eventually being found guilty of second-degree murder.

Ultimately, the LAPD and then-District Attorney Steve Cooley failed to convince a jury of his guilt, resulting in his 2005 acquittal on all criminal charges before a civil trial went the other way and cost Blake a fortune that he estimates was worth between $25-$40 million.

The man who saved Blake’s life in his criminal trial, northern California attorney Gerald Schwartzbach told me last week, “I have believed, and still believe, that Robert’s arrest and prosecution was an attempt by the Los Angeles Police Department and District Attorney to rehabilitate their image in light of what was perceived of them having allowed OJ Simpson to be acquitted.”

The government presumed Blake’s guilt, not his innocence, from the outset, Schwartzbach says.

He and Blake recounted the case’s money- and media-seeking LAPD detective Ronald Ito, who had griped about not getting enough face time in the media and his allowing reporter Miles Corwinaccess to places and evidence that should have been shielded from public scrutiny before the trial.  Ito may also have been responsible for leaking to the media the time and place of Blake’s arrest in order to draw attention to himself.

They also spoke of then-prosecutor Shellie Samuels, now a Los Angeles judge, and Ito downplaying the cocaine-induced medical emergency of their primary witness just prior to recorded LAPD interviews, and his continuous sniffling during them.

And then there is the gun shot residue tests which proved Blake could not have been the shooter.

According to Schwartzbach, the recovered murder weapon was test-fired twice, resulting in Gun Shot Residue (GSR) of 1,890 and 2,440 particles consistent with, but not necessarily, GSR on the test shooter’s hands. Blake had just five such particles on his hands immediately after the murder, most likely from lingering in the air.

The attorney also pointed to 257 and 737 particles that were actual GSR on the test shooter’s hands, with zero particles on Blake’s hands.

With no protective gloves found at or near the crime scene, and hand washing not fitting into the murder timeline, Blake simply could not have been the shooter, yet then-DA Steve Cooley continued pursuing the top charge of murder.

Prosecutor Samuels’ fairness – and sanity – might also be called into question.

During jury selection, Schwartzbach’s Los Angeles apartment was broken into, with his laptop and back-up among the stolen items. Samuels believed that Blake ordered the break-in in order to delay the trial. Yet when the burglars were eventually caught and the fenced items returned to Schwartzbach, with zero connection between the perps and Blake, she continued to believe – even months later – that Blake had something to do with the break-in, as shown in this hostile transcript between her, Schwartzbach and the judge, while away from the jury.

For certain, the murder victim, Bonny Lee Bakley, didn’t deserve to die at age 44, despite an extensive history as an extortionist and con artist. And her family should not have been deprived of decades of time with her. But I am as convinced as ever that the mastermind of her murder was the now-deceased Christian Brando, as 20/20 suggested, a felon who was previously convicted of manslaughter in an unrelated case, who had repeatedly predicted a bullet being shot into her head, including at least one illegal telephone recording by Bakley of that prediction. Or it could have been any of her hundreds of other victims. “20/20 would have been another falsification of the case had I not intervened and made that point,” Blake told me.

Between our talk about the trials, the man who had acted with everyone from Buckwheat to Bogartshared stories of his “Our Gang” cast mates, most of whom died at tragically young ages. As we looked at behind-the-scenes photos of his acting career, he also recalled raiding an unlocked studio candy machine with his friend Billie Thomas (the child actor who played Buckwheat), who was banned from eating with him at the MGM commissary because he was black.

“They’re all gone now,” Blake said of those Little Rascals.

“Yes, but do you know who’s still around,” I asked him?

“Yeah…me,” he said with a chuckle after a brief pause.

There is more to this story than I can share on this blank page today, including those closest to Blake sacrificing his rights, grubbing his money and disregarding his presumption of innocence, including his first attorney, Harland Braun, bizarrely failing to stop the civil trial from preceding the criminal trial, an enormous mistake eventually reversed by his successor, Thom Mesereau, before Schwartzbach took over and won Blake’s freedom.

While Blake is indeed a free man, he points out the difference between being alive and living and hopes to re-emerge in the world from what appears to be an island of isolation. Maybe there is one last great role out there for him to play.

Either way, our dialogue will continue.