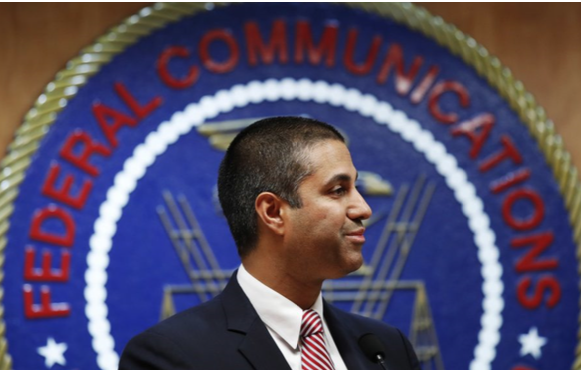 EASTSIDER-I know it seems like the world is divided into FoxNews, MSNBC, and Facebook (roll your own) universes these days. But underneath the distractions, some very bad things are happening to people who live in rural areas and are not well to do.

These acts are done mostly by the people who own the government, behind the scenes, and it doesn’t make much difference which political party they have to buy. These days, however, they seem to be deliberately limiting access to information. Key to this is taking out local newspapers, destroying rural internet “neutrality,” broadband internet, and yes, even agriculture.

This one comes in a few flavors. One is factual local news, and here Kern County has been luckier than Los Angeles. In LA there are three “local news” TV stations, and the LA Times for those who read. The TV stations have no local news, other than car chases, shootings, and weather. The rest is the same national stuff you see all day long on CNN, FoxNews, or MSNBC. Mostly useless.

Same for the LA Times, which has changed owners more than I have hats. Our local political misdeeds covering over four million people almost never gets covered, unless or until a politician actually gets indicted. And the rest is statewide and national pablum. Ecch!

At least my favorite old Bakersfield Californian has been way better than So Cal coverage, but I just learned that it’s been sold to a conglomerate, Sound News Media, after over 120 years of publication.

Now maybe it doesn’t matter in an age when most people get their information from Twitter, Facebook, or other social media, (now we find including YouTube) but in the long run it is critical for democracy to have objective, verifiable reporting that is fact checked prior to being published in a written document. The other electronic stuff is ephemeral, instant fluff which may or may not have any accurate information in it.

Who Is Ajit Pai and Why Should I Care?

My bigtime example for this piece of picking off rural America is a real piece of work called Ajit Pai. (photo above) He is the head of the Federal Communications Commission, which essentially controls who gets access to the internet at what cost and speed, as well as how much you and I wind up paying for our cell phone access.

It’s a big deal outside of the big cities because too many people have less access, slower speeds, less choice, and higher costs. The case for this was laid out quite clearly by the blog Citylab.org, in an article you can read here.

“Now, with the FCC scrapping Obama-era internet regulations, the users with the most to lose may be the ones who had few options to begin with. See how stark the landscape of non-competition looks: Casey Miller, a data visualization specialist at Mapbox, a mapping software startup based in San Francisco, has mapped every internet service provider and option available for 11 million Census blocks across the U.S.”

In one of those ironic twists of fate, Ajit Pai is the son of immigrants, his parents leaving India for the United States, which would normally make him a target of our current President. Anyway, as with all too many of the “best and the brightest” in our society, he went to Harvard, the University of Chicago Law School, and then honed his trade by joining the government. He learned his specialty on our dime, working for the Department of Justice Antitrust Division, specializing in telecommunications mergers and acquisitions.

In 2001 he left the government to become a bigtime lobbyist for Verizon. Going back into the government for a career shift, he got appointed to the Federal Communications Commission backed by none other than Barack Obama and Mitch McConnell. Try and get your head around that for a minute.

He never forgot the lobbyist good life for a minute, quickly becoming the industry front for deregulation of all matters telecommunications. A focus which got him appointed by Donald Trump as the head of the FCC.

The Double Whammy of Pai To Rural America

His first gift to rural America was to eliminate “net neutrality,” giving literally a gold mine for Internet Providers to charge whatever they want for whatever services and speed they will provide to you and I, based on where we live. Think about that one.

Cell phone carriers like his old employer, Verizon, were ecstatic. They can charge what they want, particularly in areas with only one Internet Service Provider, and you have no control over the cellular data plans, cost or speed. Hot damn, I’ll bet they bought him an Island somewhere to relax from his stressful job.

For folks living in places like Arvin, or Taft, or Tehachapi, the impact of all this is to make it less likely that the people living in these areas will have equal access to information. And these days, that access has a lot to do with employment, the ability to keep up and learn, or even be aware of what opportunities exist out there for a job.

Recently, Mr. Pai has revealed his second whammy to rural America. I can put it no better than the Tech blog ArsTechnica did in a recent article: “Ajit Pai works to cap funding for rural and poor people, gets GOP backing.”

The way he is going to do this is simple: The Federal Communications Commission has preliminarily voted to cap spending on the FCC's Universal Service programs, which deploy broadband to poor people and to rural and other underserved areas.

So now the “Digital Divide” is going to get worse and worse, with the very people who supported the President becoming even more disadvantaged.

Now, I’m not going to suggest to my friends in Kern County that they run out and kiss a Democrat (although it is an interesting image). No sir, I am merely suggesting that they realize that they continue to be sold out by both the Democratic and Republican Political Parties. Whether you listen to Fox News or MSNBC.

I think that with a healthy dose of that Kern County salt of the earth skepticism, people should take a good look at their local candidates for all political offices, and demand all of them to explain exactly what they will actually do to make life better for my “working class and proud of it” friends, many of whom are having a rough time

The majority of the people I know in Kern County are in the Trump “base,” whatever that is. They don’t live in the big cities, instead choosing smaller and often rural areas, working folks where jobs are scarce and intermittent as the local job market goes up and down. You know, the non-college graduate working men and women who are getting automated and “teched” out of a living.

These are the people who used to form the backbone of the Democratic Party. And who were largely ignored by the Republican Party. Who had and have real legitimate beefs with a political system that is marginalizing them, and whose children are most likely going to have it worse than their parents. Now the situation is reversed, but the quality of their lives is about the same.

Too many of the people appointed to positions of power in the current Administration are basically lying crooks who have deliberately taken advantage of the very same people they’re supposed to be helping. Somebody needs to get a grip, and actually help.