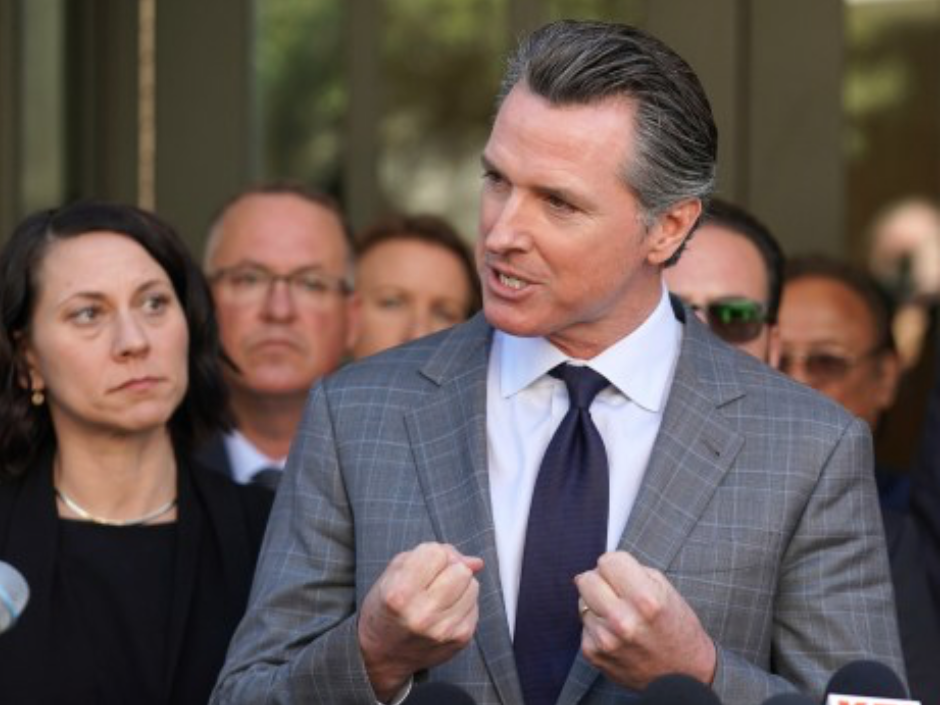 MAKING OUR LIVING-Since his days as a San Francisco Supervisor in the late 1990s, Gavin Newsom has spoken and written about the interplay between technology, government, and employment: how technology is changing the types and structure of jobs, how it can improve government services, how it can generate greater citizen participation.

Earlier this month, Newsom, now Governor of California, announced a “Future of Work” Commission, to continue to analyze these dynamics on the state level, especially the job impacts. Given the ongoing national fascination with “future of work,” it is worth saying a word about Newsom’s ideas over the past 20 years, his focus in recent years on job insecurity, and how this Commission might differ from the many other “future of work” committees, conferences, and writings in America today.

Fearing Automation and Technology: The 1960s

First, some background. The recently established Future of Work commission is not the first such commission in California’s history. In June 1963, fearful that automation and technology were rapidly eliminating jobs in California, the state legislature created the Commission on Manpower, Automation and Technology. The Commission traveled throughout the state in 1964 gathering testimony from labor researchers, employers and worker representatives. Much of this testimony came from union officials, describing how automation was putting their members out of jobs.

Officials with the Cannery and Food Processing Workers, for example, detailed the rapid movement in processing from the mechanization that started in World War II to the advanced automation that the industry was currently undergoing. Food processing output was increasing by 1964, even as the number of workers declined. Similarly, the State Council of Carpenters detailed the new capital processes and newly established computer scheduling, cutting the need for construction workers on major infrastructure projects. Testimony of job loss even came from the Milk Wagon Drivers, Local 302, whose membership had dwindled to 1400 by 1964, due to the technological advances in maintaining perishable products.

A few employers spoke of the benefits of automation. A human resources manager with Fireman’s Fund marveled at the company’s new data processing unit, enabling the company to process claims more accurately, while eliminating routine administrative jobs. But it was automation’s job loss, rather than benefits, that formed the bulk of the hearings.

Rather than lose jobs, though, the California economy saw unprecedented job growth in the last half of the 1960s. Automation eliminated jobs as predicted, but the evolving economy created more than enough replacement jobs. Non-farm payroll jobs totaled 5.6 million statewide in December 1964, and by December 1969, had jumped to over 7 million. Over the next decades, the state economy continued its job expansion, reaching its current level of more than 17 million payroll jobs in spring 2019.

Fear of technology’s job destruction never went away, though, and has continued in California to the present. The dot.com bust in the early 2000s and the large-scale job losses of the Great Recession, in particular, generated alarms that California would soon be facing a permanent shortage of jobs.

Technology and Government Services: The 1990s

Project Homeless Connect was one of the first Newsom efforts utilizing technology to improve government services. In 2002, Newsom introduced “Care Not Cash,” an initiative to restructure homeless services, reducing the direct cash grants to homeless individuals and redirecting funds to housing and services. The initiative was bitterly criticized by the left as “cruel” and “uncompassionate.” Project Homeless Connect, an early cloud computing project, gathered an unprecedented level of data to show the initiative’s impacts.

Several subsequent Newsom initiatives sought to gather and make available big data on government operations to residents and others outside of government. With Policysf.org, Datasf.org and Open 311, individuals outside of City government were encouraged to access the data and come forward with their own improvements to traffic control, street cleaning, and other government services. In his 2013 book Citizenville: How to Take the Town Square Digital and Reinvent Government, Newsom compared technology’s uses with the popular game Farmville:

“Citizenville is more than just a game; it’s a new way of thinking about the relationship between people and their government. It’s a world in which the old one-way top-down bureaucratic pre-internet hierarchy is replaced by a truly democratic, bottom up social civic engagement.”

After being elected Lieutenant Governor, Newsom turned to technology’s impact on California jobs. Quietly, he traveled throughout the state meeting with business associations, labor unions, and major employers. He asked labor market researchers and consulting firms to send him materials on individual industries and how automation varied among industries. He read widely, sought out tech entrepreneurs and venture capitalists (and eschewed an office in the State Building for a desk at Founders Den, a tech accelerator).

In a March 2015 talk on the future of work at Silicon Valley’s Singularity University, Newsom pointed to the new speed of job change and of job change agents, especially artificial intelligence. “This figuratively keeps me up at night”, he told the audience, and singled out lifelong learning and an entrepreneurial mindset as needed for employment survival in the future.

In a subsequent future of work talk in October 2016, to the Greater Riverside (California) Chamber of Commerce, Newsom pointed to the automation in the fast food industry. He noted a company near his office developing machines that can make “world-class hamburgers every 10 seconds.”

Automation would be eliminating a good number of the current 4 million jobs in the fast food industry. He explained that California needed new tools for upskilling.

During his campaign for Governor in 2018, Newsom spoke frequently about the future of work, particularly the breakdown in stable employment in California and rise of economic insecurity. He pointed to possible government roles in expanded portable benefits, worker training/retraining, and wage insurance. Soon after becoming Governor, he proposed an expansion of the state’s Earned Income Tax Credit. In announcing the Future of Work commission in May, he described the job losses due to automation as inevitable. He asked the Commission to come up with actions that the state of California could take to prepare its workforce.

The Future of Work Commission: 2019

The challenge for a new Future of Work group today is how to add to the numerous previous and current efforts. It won’t be easy. The bookshelf groans under the weight of Future of Work reports, conference summaries, studies, and general musings -- just from the past few years.

Yet, let me single out one gap I have found as a workforce practitioner in these previous efforts:  recognition that the workforce system, without much government direction, has been able effectively to adapt to the impacts of technology over the past five decades. Both private sector and public sector education and training providers have successfully pivoted and modified their training, following labor market needs. They have done so, with little or no centralized government coordination, responding to signals from employers.

To start with a personal example, in 1979, soon after I entered the workforce field, my community job training group developed a business machine repair training: we trained unemployed workers for jobs at the repairing typewriters, adding machines, copiers. Within a few years, these repair jobs were gone, at which point the group switched to training for emerging fields of personal computer technician and telecommunications technician. Similarly, other training groups training bank tellers and secretaries too soon adapted on their own to the technological changes, following not government direction but market forces.

And so it has gone since 1979: the training system -- community groups, community colleges, workforce intermediaries, and most of all private training institutions -- has evolved in line with technology. The training system’s ability to adapt has not been perfect. For a long time, STEM training was not adequately recognized; nor was training for the building trades. But the main storyline is one of adaptability.

So to approach the future of work is to start with studying how the workforce system has effectively evolved on its own to meet changing technology. It is to study this adaptability and entrepreneurship: how it has been achieved; who has been involved; what, if any, have been the shortcomings.

It is not merely that, as Dr. Emmett Brown could tell Marty (in his return to Hill Valley), the future is ours to write. In the future of work, the future starts with understanding the workforce adaptability of the past.

(Michael Bernick served as California labor department director from 1999-2004, and today am Counsel with the international law firm of Duane Morris and a Milken Institute Fellow. He writes about emerging employment structures, policy and law. This piece was first posted on Forbes.)  Prepped for CityWatch by Linda Abrams.