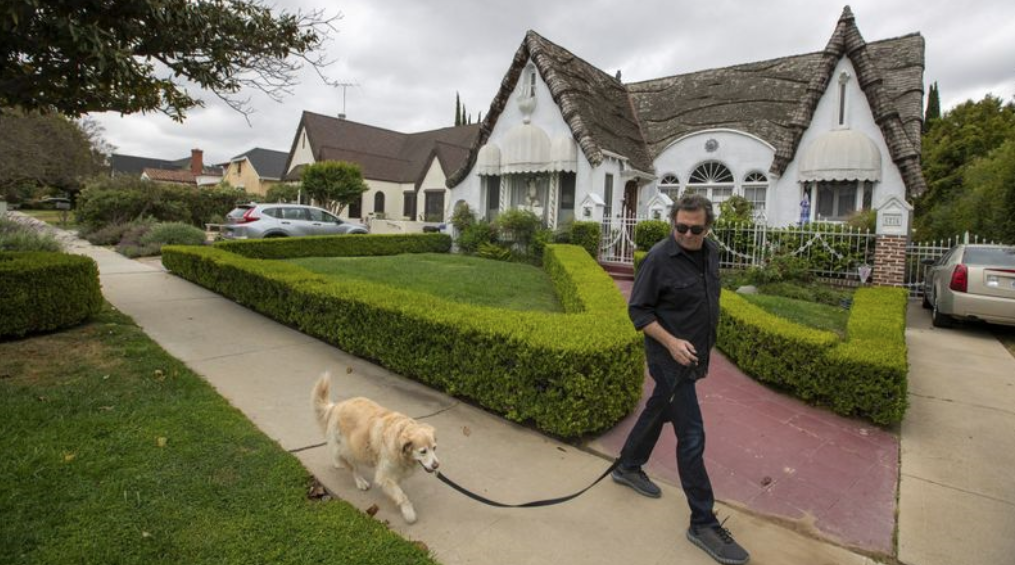 VOICES--Hi, Steve. I’ve been a reader and admirer of yours for years. I’m a writer, too, having penned the screenplay for Denzel Washington’s THE GREAT DEBATERS, among other credits. I was born to a working-class family in Los Angeles, and I’ve worked with the homeless and against mansionization. (Photo: LA Times.)

When I read your support this morning for SB50, I was deeply concerned. Tweaking won’t save that bill. As SB50 stands, even with its so-called revisions, it’s a giveaway to the global real estate market and will contribute to further gentrification and homelessness in every California city. Also, eliminating all R-1 single family neighborhoods in California with the stroke of a pen is draconian. Home ownership is the only way my working-class parents could accrue any real savings. There are solutions to our housing problems, but very few of them can be found in SB50.

Please consider reading “Gentrification And The Real Estate State” by Sam Stein, , and “How to Kill a City: Gentrification, Inequality, and the Fight for the Neighborhood” by Peter Moskowitz, . I think you’ll find them informative.

Stein points out that the richest industry in the world is global real estate with a value of $217 trillion dollars, 75% of which is housing. That’s 60% of all world capital and 36 times the amount of all the world’s gold that has ever been mined. Even RV parks in the U.S. are being bought by private equity firms and the occupants’ rents raised by global real estate interests.

And “never been occupied” has become the battle cry of the real estate “flipper” culture. Investors often don’t even care if buildings are sparsely occupied. High-rise, market-rate (which means luxury-rate in our big cities) developments are often just “vertical savings accounts” for global real estate. A vacancy tax has to be part of any solution to our housing crisis.

Politicians like Wiener, Newsome and Garcetti take big campaign contributions from developers, and have bought into the supply-side economic theory of real estate. Since the Reagan era, this theory has been proven a sham that’s only contributed to the growing income gap between rich and poor. Councilmember David Ryu of CD4 does not take contributions from developers, and his ideas really do point toward solutions. You might want to interview him to see what you think.

Our affordable housing shortage could be alleviated by financing more public housing, forbidding demolition of all rent-controlled properties, levying vacancy taxes on “flipper” speculators, and requiring more verifiably affordable housing (at least 30%) of any developer who receives the gift of up-zoning. But SB50 amounts to a statewide giveaway that turns developers into de-facto city planners.

We need a massive change of political will to solve this problem, not real estate interests and their Sacramento hacks dividing us into NIMBYS vs. YIMBYS when WIMBYS are the real problem – Wall Street In My Back Yard. Market forces, unfettered and rewarded with rampant upzoning, will just make our problems worse. SB50 is not the solution. It needs a page-one rewrite.