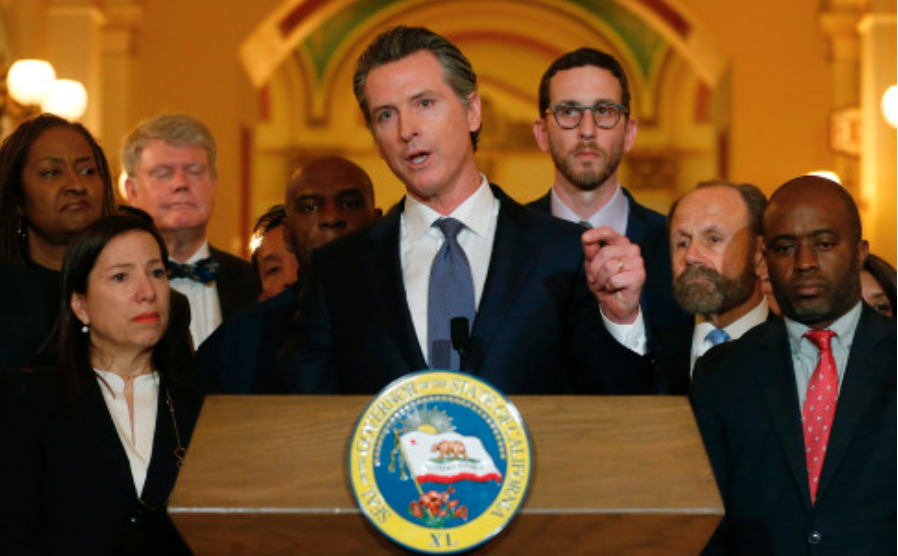 RANTZ & RAVEZ-I find many things wrong with the political leadership in California, especially in the greater Los Angeles region where I have spent my entire life.

To begin, I am not a registered Republican or Democrat. Many of you think I’m a hardcore Republican from reading my RantZ & RaveZ. But like many others in California, I have given up on traditional political parties and have joined “the party of the people” with others who have given up on the political establishment. They have failed us over and over. I am an official, registered member of the N.P.P. No party preference. I vote for the candidate I like despite his or her registered status. It is the person I am supporting, not the political beliefs of one political group over another.

When I was in Sacramento at the state capitol not so long ago, I discovered that the Dems and the Republicans are so opposed to each other that a new unofficial political party has been formed among some concerned elected officials.

It is a political group called the Moderate Democrats and they are trying to work for the people of California. All the people. Also known as the Mod Dems, they represent elected officials from both sides of the political structure, and they want to work in a cooperative fashion for all of us. RaveZ for them!

How things have changed in this city and state since my early days as a native of Los Angeles. During my 33 years with the LAPD, 12 years as a Los Angeles City Councilman, and now as a semi-retired man of the community, I have remained engaged. I currently serve on multiple community boards of directors, serve as the Honorary Mayor of Woodland Hills and a board member of West Valley-Warner Center Chamber of Commerce. Putting this all together brings me to the following conclusion. Who is looking out for you, your family, your community and your quality of life? Who is concerned about keeping you and your family safe?

Who is concerned about the quality of education for your children? Who is concerned and doing something about the Homeless in your community, other than raising your taxes as has already happened? Who is fixing the exploding Traffic Congestion on the 101, the 405, the 118 and all other freeways (aka Parking Lots) in the areas where you drive? Who? I ask. The answer is simple: NO ONE!

While the elected officials let the important issues linger and get worse every day, the problems continue to grow.

I will start with Governor Newsom. Granting a reprieve to 737 inmates on death row by an executive order was an abuse of power and a foolish mistake. The Governor has an obligation to follow the law and carry out specific duties. This action is a slap in the face for every survivor, law enforcement officer, district attorney and others engaged in the Criminal Justice System who are trying to keep all of us safe from criminals who will injure or kill for whatever reason.

I did some research on a few of the 737 death row inmates and found the following information:

I’ll be discussing other politicians in future editions of RantZ and RaveZ.