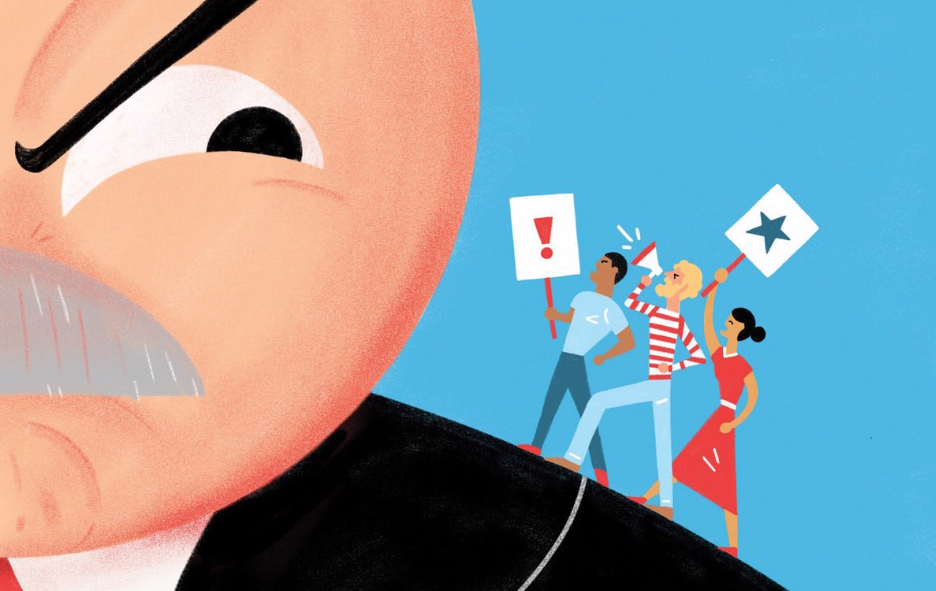 EASTSIDER-A number of people corrected my first post on the recent Assembly District Delegate Elections, and they are right. But I’m just an ordinary democrat who wanted to participate in the elections, not a Party Insider who knew that the State Party, not the Local Party, controls local elections. So...

Hats off to CityWatch and the power of the press. The morning after my article on the Dems and their hinky election procedures, none other than Mark Gonzalez, the Chair of the LACDP (County Party) invited me to be friends on Facebook. Hot damn.

Anyhow, here’s the substance of the response:

“Just to clarify, LACDP is not in charge of the ADEM elections in any way. The bylaws you read about have to do with our county elections for officers not this. Here’s the link for the state party on this. Hope it helps!”

I’m looking at California Democratic Procedures for 2019 Assembly District Election Meetings, where we are informed that they “have standardized” how Assembly District Delegates and Assembly District Executive Board representatives get selected. They did this in mid-2018, prior to the downfall of Eric Bauman, and it reflects the authoritarian take-no-hostages concept of democracy he treasures.

So even though the elections are local by District, the State Party controls all. Now I have worked on enough elections, on both sides and as a neutral, to know how to retain control of the process to affect the outcome. This one is called, “we don’t trust the troops.” First, who’s in charge of the process? Answer: someone “selected by the Regional Director.”

That “Convener” then determines the location, does the Notice, and Chairs the meeting. Furthermore, evidently not trusting their own, the Convener “along with the CDP” sends out the Notice of the meeting as well as Chairing the meeting.

Then the document talks about having an easy to describe and find location, and an “attempt to be centrally located,” which was not the case with the AD51 election. Moreover, in order to have multiple locations, there would have to be filing of an “application with the State Chair by November 1 of the year preceding the holding of the Election meeting,” and also providing “good cause” for a variance.  In other words, the Party has spoken, forget voter convenience and a central election site.

I’ll get into an analysis later, but this is the kind of sham democracy that Vladimir Putin would applaud; the pretense of due process controlled by the iron hand of the State. For example, check out this masterpiece of the right hand giveth and the left hand taketh:

Wow! Sounds pretty democratic, especially the part about “all registered Democrats,” right? Well, that lasted less than a paragraph. The next sentence goes on to say that “at a minimum,” notice goes to CADEM members residing in the District, all the members of the County Committee residing in the District, and all attendees of the previous Assembly District Election Meeting.

In the real world, I could find no evidence that the Party even tried to communicate with “all registered Democrats in the District.”

Finally, and this is only referred to in one sentence at the end of the 2019 AD Elections Document, the appeals procedure is buried at page 60 of the CAD EMS Bylaws and is handled by an outfit called the Compliance Review Commission. You should note that this body is entirely composed of State Committee Members. Here’s a taste of their authority and purview:

The Compliance Review Commission shall have the power and authority to take such actions as are necessary to provide a fair and just remedy, including but not limited to, the holding of new elections.

What could be fairer? Of course, while the appellants have seven days to get their documents in, the Committee itself has no time frame to act. Theoretically, they could sit on the appeal forever.

Aside from my own mis-filed challenge (with the County Party), I know for sure there was at least one by-the-book Challenge filed by Ron Birnbaum in a timely manner. He evidently had many of the same concerns raised in my initial CityWatch article.

He notes with specificity that when the Establishment’s buses showed up, all registration checking ceased, so there is no record of checking for out of District voters. Coincidence?

There is more, but these egregious procedural flaws would immediately prompt a rerun of the election (with Adult Supervision) in an honest appeal procedure. Here, of course, I am told that the Committee had a secret meeting with no notice to those filing the Challenge, no record taken, and they simply rejected all Challenges.

In addition to the formal Challenge, Jane Demian, an incumbent Assembly District 51 Delegate, filed a complaint, just as I did. She filed within the time frame to the right people, and listed five flaws in the election:

2)  All meetings were NOT open to the public

4)  No priority and pre-registration for the elderly and disabled

I know this because Jane was kind enough to share her Challenge letter with me as well as her experience. And she IS a Delegate. It seems that something like 21 Challenges were filed within the 80 Assembly District Elections, and that’s a lot. All denied. No explanation.

And the challenges that Jane Demain filed with the Party Apparatchiks fell into a Void, never to return or be heard of again. After all, there was no specific process to appeal.

This is inside baseball all the way, and here’s why it’s critically important. We know from Ballotpedia that there are about 420,000 residents in AD51. We also know from Secretary of State Alex Padilla’s website that there were a little over 220,000 voters during the runoff Special Election in 2018, and that 11,000 votes bought the seat for Wendy Carrillo.

The truth is, this whole deal smells rotten.

After reading all the linked documents, the CADEM’s (and LACDP’s) online information is crazier than a Russian Instruction Manual for Tractors written for a 5-Year Plan back in the day.

Honestly, I think that the Elections and Challenge process is carefully crafted to create the appearance of fairness, while in fact being totally controlled by the Statewide Party apparatus to produce a predictable outcome. Smells like the iron hand of Eric Bauman.  Since he would have lost to Kimberly Ellis in a legitimate election, he cooked the rules to retain control of the Delegates. For more on Bauman, see here.

If the CADEMs were interested in a grassroots organization, they would have mailed the Assembly Democrat Delegates Election information out to all registered Dems in the District. Just like their very own Bylaws & Procedures for the 2019 Assembly District Elections say. Never happened.

Instead of whining about Donald Trump, the CADEMs need to get their act together. Real grassroots activists, not termed out politicians looking for a job, or insiders whose next gig is brokered in back door meetings, like Christina Garcia doing a deal for Wendy Carrillo and Maria Elena Durazo.

Something like 28% of registered voters are now Decline to State, and turnout for most elections in our area is way below 20% turnout, some more like 10%. IF the CADEMS want to rig their own election to replace Bauman with someone like Rusty Hicks instead of Kimberly Ellis, this was a great preview.

Unfortunately, this elitist establishmentarianism could well come back to bite all of us grassroots bottom up democrats during the next election cycle. If they care.