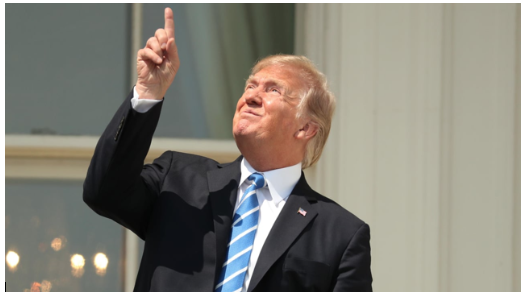 PLATKIN ON PLANNING-I never cease to be amazed how the lure of super-profits blinds the eyes of short-term real estate investors, elected officials and city staffers who enable them, and cheerleaders who lobby for them.

With their minds numbed by the lure of 15 to 20 percent annual profits for high-rise residential and mixed-use projects in prime locations, such as the Wilshire Corridor, Hollywood, and Warner Center, they are unwilling to see the obvious.

If they could avert their eyes from the blinding lights, these speculators would notice a large, blinking sign signaling that their schemes and scams to upzone all of California, the city of Los Angeles, and specific LA neighborhoods, like the Purple Line Extension, are doomed to fail. Even in those cases where their zoning schemes might induce new high-rise buildings, Angelinos would pay a hefty price for the investors’ financial gluttony.

The impacts of these schemes on Los Angeles residents fall into two categories, deliberately ignored conditions and unforeseen consequences.

Slow Population Growth: Los Angeles is no longer a boom city, and a great migration of new comers to Los Angeles is a figment of the speculators’ dollar-besotted imagination.  Los Angeles still has not reached 4,000,000 people, despite numerous claims, and the bloated population figures that SCAG provides City Hall are never scaled back when census data eventually demonstrates they are incorrect.

Second-rate Bus System: The METRO bus system cannot serve existing or new riders because it is in poor shape. This is one of the reasons why LA’s bus ridership is in long-term decline, and why the bus system will not attract affluent passengers from new, upscale apartment buildings. To reverse this trend, METRO and the City of Los Angeles should follow their own policies and manuals to undertake the following:

Mediocre Bicycle Infrastructure: Even though Los Angeles is blessed by a sunny climate, with many wide streets in flat areas, its bicycle infrastructure is mediocre.  Unlike New York, San Francisco, Minneapolis, Chicago, Portland, Seattle, Austin, and similar bicycle-friendly cities,  LA barely has any protected bike lanes, bicycle parking, or bike sharing stations.  In fact, the situation is so bad that even the new METRO Purple Line subway, as well as adjacent residential and commercial areas in its “transit neighborhood plan,” do not include any existing or proposed bicycle or scooter facilities. As a result, the prospects that existing or new residents will bicycle instead of driving their own cars are minute.

Ample Existing Zoning – With High Vacancy Rates -- for Transit-Adjacent Apartments: Despite unending histrionics about Los Angeles being under-zoned, the hard data indicates it is over-zoned for residential uses. Existing zoning, supplemented by two density bonus programs (SB1818 and TOC Guidelines) and Granny Flats (accessory dwelling units) could balloon LA’s build-out population to 9,000,000 people. These existing zones – including all commercial zones  -- permit by-right residential high-rise buildings in every part of Los Angeles, yet developers and investors rarely take advantage of this available zoning. When they do build, such as in the Miracle Mile area, where City Hall hopes to permanently up-zone residential and commercial parcels prior to the update of the Wilshire Community Plan, the new buildings have high vacancy rates.  Yet, LA’s density hawks are still clamoring for more upzoning, ignoring the enormous amounts of unused zoning capacity right before their blinded eyes.

Extensive Construction in Recent Years:  As a result of LA’s existing and permissive zoning, Los Angeles has many new, tall, by-right residential buildings.  They did not require the zoning bump-ups of Scott Wiener’s rejected SB 827, Transit Oriented Communities density bonuses, and “transit neighborhood plans.” To be fair, though, if developers eye-balled these high-rise, high-rent apartment buildings, they would notice they have “For Lease” signs and many tempt prospective tenants with offers of free on-site parking.

Strained Infrastructure: LA’s public infrastructure and services are already in bad shape, and if California laws and municipal ordinances load the city up with new buildings and residents, the city’s infrastructure would reach the breaking point.  While the largest projects require Environmental Impact Reports that inform decision makers about aging pipes, over-capacity schools, and electrical system black-outs, the Los Angeles City Council reflexively ignores this information in order to approve the largest and most harmful project alternatives.

Further declines in transit ridership and accelerating climate change:  The new buildings do not increase transit ridership; in fact, they decrease it because their stratospheric rents exclude most transit uses. The buildings’ rental market is the top 10-20 percent of potential tenants, and these are car owners and drivers. While a small percentage of these prospective tenants might occasionally ride a bus or subway, it is their cars that contribute to traffic congestion in every Los Angeles neighborhood. In fact, this is one reason why air pollution, including Green House Gases, is getting worse, not better in Los Angeles, and why climate change is accelerating, not slowing down, in California.

When these and other unforeseen consequences appear, the real estate speculators will soon be down on their luck. There are just not enough high rollers and tourists to profitably fill their empty units. Even if they use their real estate losses as a tax dodge to offset other sources of income, when the next Great Recession appears, it will hammer these revenue streams, too.

Ironically, much of this downside could be avoided if the planning process and General Plan monitoring system that the developers and their supporters shun could supersede their schemes.  Properly conducted Community Plan updates would quickly reveal the city’s surplus zoning capacity, LA’s modest population growth, the continued loss of affordable housing, and the inverse relationship between the construction of expensive, transit-adjacent apartments and declining transit ridership and rising Green House Gas levels. 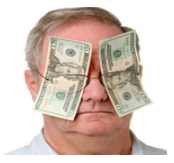 As for the fanciful claims that the developers, their lobbyists, and their boosters spin to promote their up-zoning schemes at City Hall, the annual monitoring programs called for in the State of California’s General Plan Guidelines would soon reveal that:

Since the bright lights of super-profits from real estate projects will draw in droves of investors – like moths to a candle – our most effective recourse is a strong planning process. If done right, it will force these real estate investors to follow carefully developed and rigorously monitored plans.

(Dick Platkin is a former LA city planner who now reports on local planning controversies for CityWatch. Please send any comments or corrections to rhplatkin@gmail.com.) Prepped for CityWatch by Linda Abrams.