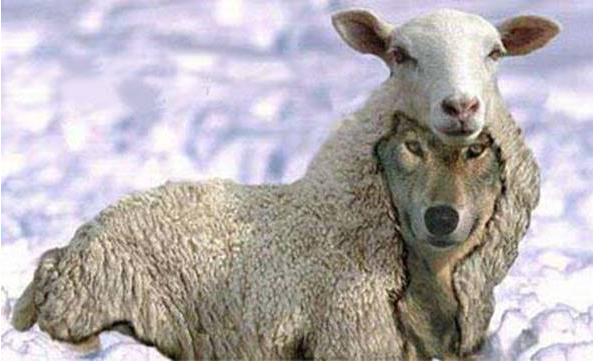 As we wait for the next shoe to drop from Sacramento, there currently is a proposed ordinance pending before the City's Council's Planning and Land Use Committee that would materially change the ability of voters to affect the course of legislation at City Hall and in Sacramento.  Originally referred to as the "Processes and Procedures Ordinance" it is now pending as the Zoning Code / Los Angeles Municipal Code (LAMC) / Reorganization of Administrative Provisions / Amendment, which you can find on-line.  But make no mistake about it – the name change means nothing, and the Ordinance is still as pernicious as ever.

1.  The Ordinance violates the City Charter by stripping City Council of its power and responsibility over land use, required by the Charter.

In response to comments I made before and during the recent hearing before the City Planning Commission, the Planning Department amended the original language concerning City Council's general authority to "fix" this Ordinance. The "fix" does not work.  It still does not include seven City Charter sections specifically Charter Sections 245, 247-248, 250 and 252-254.

2.  The Ordinance violates the City Charter by leaving the certified Neighborhood Councils entirely out of the preparation and adoption process.

The Los Angeles City Charter enshrines Neighborhood Councils (NCs) in its DNA, and it requires advance notice to and input from the NCs for all planning and land use issues.  When the Charter was revised in 2000, the NCs were the price that residents demanded to ensure the participation of residents in the process of approving or disapproving all but the most mundane and non-intrusive building, construction and development projects.

The Ordinance needs to include the NCs and their specific and general authority, just like every other entity listed under Authorities in Section 13.1 of the new Ordinance.  City Charter section 907 demands nothing less; it requires an early warning system, advance notice and input from the neighborhood councils.  None of that is referenced in this Ordinance, and therefore this Ordinance violates the Charter.

Not only does the Proposed Ordinance fail to expressly reference or preserve the procedures mandated by Section 907 of the Charter.   In fact, it actually DELETES the requirement of after the fact mailed notices to NCs and residents currently set forth in LAMC Section 12.22.A.25(g)(2)(i)(d) and the rights of appeal under LAMC section 12.22.A.25(g)(2)(i)(f).  Those sections require the Director of Planning to send notices of all Directors decisions INCLUDING even the granting of any on menu incentives to the Neighborhood Councils.  Although Planning has privately said to me that they would fix this as well, they have not done so, and in any event this particularly fix is necessary, but not enough.  They also have to include the NCs among the authorities under the Ordinance.

3.  This Ordinance substantively changes the Municipal Code by Eliminating ALL HPOZ Boards and project notices to residents and neighbors.

This Ordinance gets rid of all HPOZ Boards, replacing them with a much weaker single Design Review Board.  If you don't believe me, just look at new LAMC Sections 13.1.12 and 13.1.11.  The Ordinance also makes the Director of Planning the ultimate decision maker on a number of HPOZ issues.  Some include Certificates of Appropriateness for, among other things, alterations, additions, construction and reconstruction, and Certificates of Compatibility on Nonconforming Elements.  The implications are particularly obvious departures from than existing law on a vacant lot or damaged home, a second story, or an Accessory Dwelling Unit in an HPOZ.

The Proposed Ordinance also strips residents within 500 feet, across the street neighbors and others of advance notice of a proposed development and existing rights to appeal.

To add insult to injury Section 13.1.9.A. the Ordinance explicitly places the Director of Planning in the role of Advisory Agency under STATE LAW and UNDER SECTION 553 OF THE CITY CHARTER.  Huh?  That sure walks like, flaps like and quacks like an amendment to the City Charter.  Both the reference to Charter section 553 and the reference to State law in this and other sections of this Ordinance are amendments of our Charter in an end run around the voters.

There is much more to say about the Ordinance and the specific ways in which it changes existing law in Los Angeles but these two general points permeate nearly every section of this Ordinance.  It clearly moves power away from voters, residents, neighborhood councils, HPOZs and City Council and ensconces it in the Director of Planning and the Mayor.

(Hydee Feldstein is active in the PICO Neighborhood Council.  She is a CityWatch contributor.)