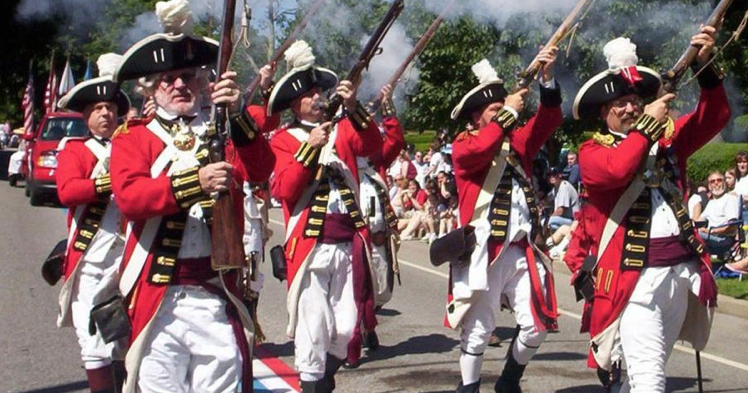 BCK FILE--Like most holidays celebrated in the United States, the Fourth of July has diverted from its true meaning to become a day known for barbecues, pool parties, and Old Navy sales.

However, as we face the policy proposals and practices of the Trump administration, as well as the president’s explosive rhetoric, especially on Twitter, it’s crucial to remember the true meaning of Independence Day.

On July 4, 1776, delegates from the 13 colonies in the Second Continental Congress met in Philadelphia’s Pennsylvania State House to approve the Declaration of Independence. The historic document, drafted by Thomas Jefferson, detailed the reasons the colonists were determined to break from England. The intent was to inform foreign governments to enlist their support for the fight for independence.

In reading through the words written 242 years ago, one can’t help question what the Founding Fathers would have thought of the current state of the country. Jefferson wrote that “All men are created equal, that they are endowed by the Creator with certain inalienable rights, that among those are Life, Liberty, and the Pursuit of Happiness.”

The significance of the Declaration of Independence relates to the concept that Government exists to support the rights of men. Government belongs to the people it represents. If a government or leader, specifically King George III, did not give its people rights, the people were entitled to change their government. When people suffered at the hands of a totalitarian leader, they had a responsibility to overthrow that government. This right of revolution was developed during the Enlightenment and written about by John Locke as an integral part of his social contract theory.

The terms totalitarianism and fascism are sometimes used to describe Trump and his policies. The definition of totalitarianism relates to a political ideology in which all power rests with a centralized government. There can be no divergent opinions among citizens who must bow in allegiance to the all-powerful leader.

Regardless of whether we can consider this regime to be authoritarian, President Trump has frequently expressed his admiration for totalitarian leaders like Putin and Kim Jong-Un. The president has also used social media to attack public figures and corporations that don’t support his policies. Egotism is at the core of his rhetoric.

We could consider the Trump presidency to be the greatest test American democracy has seen since those long days in Philadelphia so many years ago. Should Trump seat a second and even third Supreme Court Justice during his tenure, individual rights are likely to be eroded. Our electoral process is at risk, as are crucial determinants of the survival of the American form of government, things like our three independent branches of government and separation between church and state.

During the past year and a half, we’ve watched as the president of the United States has used his personal Twitter account and rallies to cast aspersion upon the rule of law and has dismissed the importance of due process, extremely dangerous views.

The very first settlers of this country left their homelands for personal and religious freedom, setting a standard for so many who have come after them. Today, we have a president whose administration is bent on enforcing a policy against granting asylum to those escaping dangerous political and personal situations. Children and babies are torn from the arms of their parents. We have no assurance these families will ever be reunited.

It’s easy to forget the struggles of our predecessors who fought tough battles to secure the rights we enjoy, of not only the Founding Fathers but the trailblazers of  various movements. We owe great debt to those who led the fight in the past, from abolitionists and suffragists to veterans of wars, the civil rights, gay rights, and women’s liberation movements.

Sometimes, it takes the risk of loss to recognize and value the sacrifices made to secure the freedoms we enjoy. As we throw some burgers on the grill or gather with friends and family to watch fireworks, let’s take a moment to remember heroes of the past and present -- and to vow to do what we can to ensure the future of democracy and human rights. Participate in the democratic process. Vote, protest, voice your opinion as though our future depends upon it.