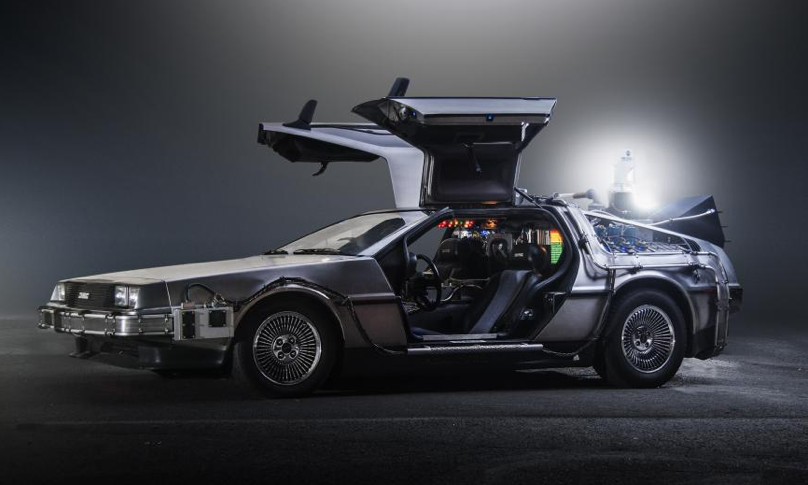 BELL VIEW--CityWatch gave me the week off last week. Good thing too. I might have said something uncivil. In fact, last week my mood could have been described as antediluvian – all Old Testament retribution and vengeance. Now, I just feel queasy – as if the flood of cleansing righteousness I’ve been praying for is headed directly to my house.

I took advantage of the time off to work on my screenplay. Tell me what you think:

Sometime around 1985, a high school kid, living with his loser parents in a boring suburb, escapes his mundane life by hanging out with an eccentric inventor, who has developed … wait for it … a time machine!

The inventor has built the time machine into a tricked-out TransAm or Delorean or something. The kid zips back to the 50’s where he meets his parents as high school kids and learns he needs to convince them to go to the prom together, so they can get married and he can be born. A major obstacle is the town bully – a meathead named … I don’t know … Biff – who has designs on our hero’s mom.

Just before Biff is about to take advantage of the mom in his car, the loser dad shows up and says something like “Take your hands off of her, Biff!” He winds up to knock Biff out, and … Bam! … Biff sucker punches the dad and knocks him cold. Biff hops into the Delorean with the mom, zips into the future to pick up a sports memorabilia book, makes a fortune betting on games he already knows the outcome of, and becomes president of the United States.

Later, our hero is born to Biff and his mom, but instead of Michael J. Fox, he looks a lot like Donald Trump, Jr.

Truth is, I’m tired of living in Biff’s fantasy. I can’t say who’s winning in this new reality, but, if your idea of winning is how bad everything makes people like me feel, it’s a regular MAGA-palooza.

After a week of crying babies, the Supreme Court has decided to gut the labor movement, carve out an exception from constitutional scrutiny for Islamophobia, and incorporate phony healthcare advice into the First Amendment. In 1923, in the case of Adkins v. Children’s Hospital,the Supreme Court struck down the federal minimum wage law as an unconstitutional infringement on the Fifth Amendment’s “liberty of contract.” Now that the Court has discovered “the right to work” in the First Amendment, it’s just a matter of time before the old school substantive due process gets back in full swing.

And, to top it off, Anthony Kennedy announced he’s retiring. Kennedy was fully on board with the latest abominations from the conservative Supreme Court – but at least he believes gay people are fully human.

Before the election, I screamed at all my “progressive” friends that – even though Debbie Wasserman Schultz personified evil for her shameful treatment of Bernie and his bros – the Supreme Court was too important to entrust to Donald Trump. “Meh,” they said. You’re not going to get us to the polls talking about boring things like judges. We want Single Payer Now! And Free College! And a $15 minimum wage!

Funny how the stupidest people in America can grasp that anything they really want will eventually have to get through the Supreme Court, but the most politically astute generation of all time just couldn’t be bothered.

This is it. We either go to the polls in a massive wave … or Biff wins it all.