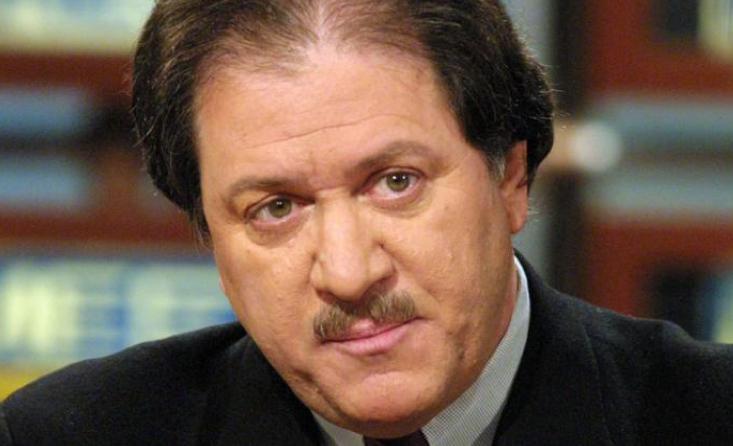 TRUMP WATCH--"The nation, in fact, could conceivably benefit from the indictment of a president. It would teach the valuable civics lesson that no one is above the law."

Would anybody like to take a wild guess who said these words?

That's from a 1997 Wall Street Journal editorial written by Joe diGenova. Trump's combative new criminal attorney hired  apparently because his other attorneys were not offensive enough.   Trump went shopping for a new counsel from people appearing on the Faux News network, and diGenova was the most rabid guy he could find.

So according to diGenova, it's a swell constitutional idea to indict an oval  office squatter just like Trump while still in office, as long as it's a  Democrat (Clinton). DiGenova just won't admit that Trump is in fact the "make an example of" guy, who the Constitution was nervously waiting for.  Instead, diGenova accuses those investigating Trump of, get this,"undermining confidence in law enforcement."

Pretty rich, huh? The guy who does nothing all day long but tweetslander and instigate disrespect for the FBI, the Justice Department,our judges and court system every time he loses, the very people who have dedicated their lives to truth and justice, THAT guy has a new loudmouth bulldog blaming other people for the institutional damage he himself is doing.

Every time Trump is charged with something, he charges the personcharging him with the same exact thing and ten times worse! You'rethe puppet, you're the colluder, you're the sex attacker, reader you can fill in the list. We can hardly wait until Trump fumes that untouchable Robert Mueller is the real criminal, as he gets frog marched out of theWhite House.

We get emails like that, for example still ranting that Hillaryshould be locked up for crazy stuff that was discredited as quicklyas the Russian bots could push it out on Facebook. Ah, yes, Facebook, who we now know let a Russian operative working with CambridgeAnalytica steal the personal data of 50 million people so that theycould be propagandized by the Russians back on Facebook itself. No sooner does the Republican majority in the House abort their owninvestigation, than damning new collusion evidence surfaces on itsown.

This was all done surreptitiously by a fatuous personality "quiz"app, an app that played Americans for chumps, when Trump's bag men weren't setting people up for blackmail with Russian hookers, that is.

Speaking of which, the big witness who supposedly precludes thepossibility that Trump was himself caught on tape in Moscow withgirls, how shall we say this, relieving themselves, was Trump's own longtime bodyguard, who claimed that he told the girls to get lostand was with Trump until late that night. Yeah, sure, his ownbodyguard sworn to eternal loyalty, and no doubt was required to sign a non-disclosure agreement, would never lie about something like that. Nobody around Trump ever lies about anything. Yeah, sure bet.

Do we have any Trump supporters left who have not yet self-destructed in shame? Wonder how they feel about Trump's campaign selling them out to the Russians, who have such a wonderful system that they literally assassinate their political opponents with nerve gas and worse. All the while Trump congratulates Putin on his reelection.

We are thankful we live in a country where we still have the constitutional right to fearlessly speak out. Keep it up. We're ready for our valuable civics lesson now.