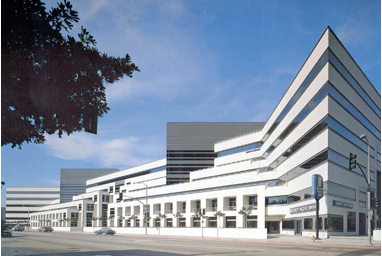 PLATKIN ON PLANNING-According to legend, Mark Twain coined the expression, "Lies, damned lies, and statistics," to describe statistics that researchers use to support weak arguments.

While there are many ways that both qualitative and quantitative data can be jimmied to justify a pre-determined conclusion, one of the simplest gimmicks is to carefully select a study’s start and stop dates. To reach the conclusions they want, scheming scholars ignore what happened before and after their target period.

This approach is exactly what was used to prop up the bogus claim that so-called NIMBYs, a figment of developers’ vivid imaginations, run LA’s City Hall.  The developers’ agenda, though, is to scapegoat the city’s residents, especially homeowners, who they endlessly claim control the city’s planning process.

While this self-serving approach helps undermine the planning, zoning, and environmental laws that slow down the developers’ commercial projects, their assertion is laughable because, among other reasons, it excludes the following information:

Other than the progressive era, when Los Angeles established the first U.S. zoning code in 1908, LA’s municipal politics have rotated around oil extraction and real estate speculation. Since then, the city’s oil fields have dwindled, but real estate has remained the north star of City Hall’s institutional culture.

This situation, however, temporarily changed around 1970. First, this is when Los Angeles ran out of raw land that could be easily turned into strip malls, gas stations, shopping centers, housing subdivisions, and dingbat apartments. Second, Los Angeles, through the leadership of Calvin Hamilton, Director of Planning, prepared and soon adopted its first General Plan, the 1974 Centers Plan.

This early planning process, in turn, ushered in an unexpected problem, the inconsistencies between the older zoning code and the new General Plan. This was resolved through State legislation, AB 283, which beginning in 1978 forced the City of Los Angeles to resolve its zoning and planning inconsistencies. In large part, AB 283 resulted in down-zoning to make LA’s zoning parallel with the General Plan’s diverse land use categories.  But, in some cases the changes resulted in up-zoning parcels to make their zoning consistent with the new General Plan. While this legislation resulted from law suits initiated by the Canyon and Hillside Association, it is essential to remember that had Los Angeles not been a paradise for real estate developers, the California State Legislature would not have forced the city to deal with its new land use realities.

The second important planning program was Proposition U, a ballot initiative that Los Angeles Councilmembers Zev Yaroslavky and Marvin Braude submitted to voters in 1986.  It passed 2:1 and reduced the maximum size of projects on most commercial parcels by half, from an FAR or 3.0 to 1.5.  Its impetus was the proliferation of large and ugly buildings in Los Angeles, such as the infamous Fujita Building on Ventura Boulevard, pictured above.

The third important action was the General Plan Framework Element, imposed on the City of Los Angeles by the Environmental Protection Agency to mitigate pollution in Santa Monica Bay. The City Planning Department prepared this plan in the early 1990s, and the City Council adopted it in 1996. The Framework Element was data driven and based on the premise that City’s planning policies should be growth neutral. The General Plan’s purpose was not to induce growth or hinder it, only to ensure that if and when growth occurred, the City would provide adequate public infrastructure and services. This conclusion was based on the Framework’s primary finding. LA’s growth was limited by the capacity of its infrastructure and services, not it’s zoning, which was sufficient for all planning scenarios throughout the 21st Century. More specifically, the Framework’s technical studies concluded that Los Angeles had enough existing zoning at centers and on transportation corridors to substantially surpass the plan’s population forecasts.

Push back against these measures.  Since this “golden era” of planning in Los Angels -- strongly supported by the City’s residents -- City Hall has pushed back in many ways. Its goal? To return Los Angeles to that bygone era when local government was wholly devoted to real estate speculation.

This pushback has taken many forms, the most important of which I describe below:

LA’s history before and after AB 283, Proposition U, and the General Plan Framework is a history that such social scientists as Harvey Molotch and William Domhoff call the urban growth machine. In Los Angeles this model prevailed before the 1980s, and has reasserted itself over the past two decades.  The resulting boom has been great for real estate investors, contractors, and landlords, but the benefits only flowed upward. We still live in a city with bad air, burst water mains, crumbling sidewalks and alleys, vanishing urban trees, homelessness and over-priced housing, traffic gridlock, electronic billboards, crowded schools, and dysfunctional mass transit. Not only do those shiny new buildings leave these problems in place, they make many of them worse.

This is the price we pay for the broad pushback against the many planning gains in LA’s recent past.