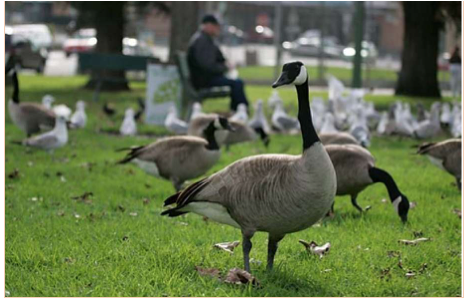 CAL MATTERS-To intertwine cliches, Gov. Jerry Brown let the cat out of the bag last week and acknowledged that he’s concerned about killing the golden geese.

Those geese are the few thousand Californians with the highest incomes whose taxes allow Brown and other California politicians to spend tens of billions of dollars a year and the new federal tax overhaul encourages them to take their money elsewhere.

When President Trump and the Republican Congress were working on what they called tax reform, Brown and governors of other high-tax states, such as New York’s Andrew Cuomo, complained loudly that it was unfair to their constituents.

However, they never admitted the obvious, that their concern was really about its impact on high-income taxpayers who would no longer be able to deduct more than a tiny fraction of their state and local taxes on their federal tax returns.

In fact, while the federal tax legislation can be criticized on many grounds, it really will benefit most low- and moderate-income taxpayers by increasing their standard deduction to $24,000 on joint returns.

High-income taxpayers in most states also will benefit from lower marginal rates. But in California and other states with high tax burdens, the opposite will be true. With a $10,000 limit on local and state tax deductions, wealthy Californians, New Yorkers and residents of the other high-tax states will see their federal tax bills zoom upwards.

In other words, they will feel the full impact of their state and local taxes, which will no longer be subsidized by the federal government and the impact will be the heaviest in California because of its highest-in-the-nation income tax rates.

“People with higher incomes pay a lot more money, and some of them may be tempted to leave,” Brown said as he introduced his 2018-19 budget, calling it “an assault by the Republicans in Congress against California, New York and New Jersey.”

Brown’s budget underscores his concern about a potential flight of golden geese.

“The share of total adjusted gross income from the top 1 percent of income earners has increased from 13.8 percent in 1993 to 24 percent in 2014 (and) changes in the income of a relatively small group of taxpayers can have a significant impact on state revenues.”

There’s more than a small tinge of irony about the situation.

When Brown proposed to temporarily raise income taxes on those in the highest brackets to close a budget gap, one of the arguments was that they wouldn’t feel the pain because they could deduct the new taxes on their federal returns.

That also was the argument two years ago when a union-led coalition successfully urged voters to extend the higher rates for 12 additional years.

That rationale for taxing the rich has now vanished and the full weight of those taxes will be felt.

Some Californians have already made the switch, moving their official residences to states with low or no state income taxes, such as neighboring Nevada, and others will certainly follow.

As he closed his budget presentation, Brown more or less breathed a sigh of relief that the impact of those moves, plus any recession, will hit after he’s departed from the Capitol a year hence and will be a problem for the next governor.

(Dan Walters has been a journalist for nearly 57 years, spending all but a few of those years working for California newspapers. He has written more than 9,000 columns about California and its politics. This Walters perspective originated at CalMatters a nonpartisan, nonprofit journalism venture committed to explaining how California’s state Capitol works and why it matters.) Prepped for CityWatch by Linda Abrams.