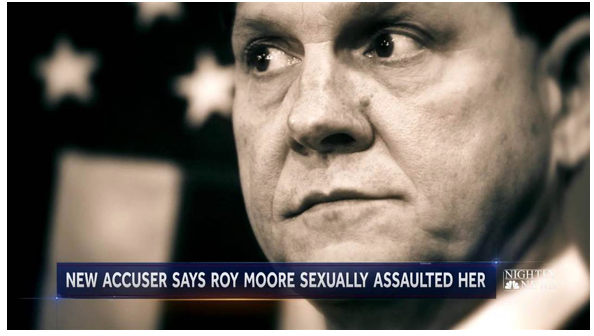 BELL VIEW-This one goes way back. When I was about 8 years old, I got together with my friend up the street, Davy Dexheimer, to play Hot Wheels. We set up a track down Davy’s long driveway and raced our cars against each other. Davy had quite the collection, and one in particular caught my eye. So, when we were packing up our things at the end of the day, I pocketed one small car and headed home.

Sometime later – but not too much later – my Aunt Barbara and I were having a conversation about the nature of sin.

“There are venal sins and mortal sins,” she said. “A mortal sin involves breaking one of the Ten Commandments.”

“Say you stole something,” she said. “If you didn’t give it back and confess your sin before you died, you would go to Hell.”

Let me repeat that: YOU WOULD GO TO HELL.

I don’t know how to say this, but this conversation took a good chunk out of my childhood. It took me four years to work up the courage to give that car back. Davy had never noticed it missing, but its presence on the top of my dresser as a constant reminder of my impending doom bent the course of my life in a direction I never would have chosen for myself. By 12 years old, I’d decided on a life in the priesthood. It took the raging fire of puberty to purge that delusion from my soul.

Roy Moore – the child-molester the good people of Alabama seem poised to send to the U.S. Senate – has gotten in trouble in the past for a different category of erection than those currently dominating the headlines in the civilized quarters of America. Moore – as Chief Judge of the Alabama Supreme Court – planted a two-ton granite monument to the Ten Commandments in the courthouse lobby.

Moore and his followers profess the belief that the Ten Commandments forms the basis of our system of laws. I’ve never quite followed the logic of this idea, since only three out of the ten have actually made it into our laws: the prohibitions against murder, stealing, and perjury. And you don’t exactly need an instruction manual from the Almighty to figure out that those kinds of things ought to be illegal. The very first commandment: “I am the Lord thy God. Thou Shalt Have No Other Gods Before Me,” is actually explicitly prohibited by the very First Amendment to our Constitution, which prohibits the government from establishing a religion.

But lately, I’m starting to think guys like Roy Moore don’t actually believe what they say they believe. I mean, I know they’re raging hypocrites – claiming for example to love the Constitution while at the same time erasing the First Amendment’s prohibition against establishing a religion – but I always thought they at least kind of believed in the whole biblical worldview. You see, that was my predicament as an 8-year-old: I believed in an actual Hell where God sent certain people when they died. Once I stopped believing in Hell, the rest of the story kind of fell apart.

Even though he’s a hypocrite, I never really doubted that Roy Moore and his ilk believed in Heaven and Hell and God and Noah’s Ark and the loaves and the fishes. But, if that’s the case, why do you suppose Roy finds it so easy to break one of the Ten Commandments on a regular basis? I’m not talking about the Commandment against sexually abusing children (that one didn’t even make the list). No, I’m talking about Bearing False Witness. You don’t have to be a Talmudic scholar to figure out what that one means: don’t lie about other people.

So, when Roy Moore says he’s never met the women accusing him of molesting them, does he think he can get away with it forever? We all know that’s a lie. We have the evidence. Does he not know he’s lying? Does he think God isn’t going to be able to figure it out?

The only reasonable answer is that Moore doesn’t believe he can be sent to hell for blatantly violating the Ten Commandments. Unfortunately, I agree with him.