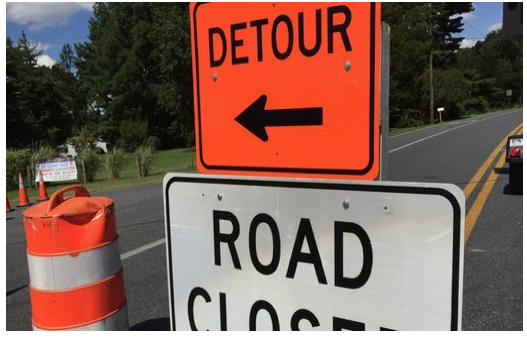 ALPERN AT LARGE--No need to mince words here--it's been tough being a transportation advocate.  Political agendas, feel-good laws, ridiculous policies that send the wrong messages, and divisive paradigms have really distracted all of us from a unified approach to the planning, consensus and funding (and building) of a modern, 21st-Century LA City/County system.

But there IS good news, despite the fact that bad news "sells" and usually drowns out that good news.

Subway ridership, both current and potential, is going up enough that planned efforts to have both Red Line (Downtown to San Fernando Valley) and Purple Line (Downtown to Westside via Wilshire Blvd.) trains turn around more quickly at Union States.  The hope is that we will have subway trains as frequently as every 4-5 minutes.

It is both a political and transportation mistake to exclude areas outside of the City of Los Angeles to benefit from Measures R and M funds, so the extension of the Green Line into the South Bay--particularly now that the Green Line will be connected to LAX via a People Mover--needs only political will to be completed in time for the 2028 Olympics.

(A little word to the wise for those concerned about rail/road grade crossings--shut the heck up about a tunnel unless it's fiscally viable.  Otherwise, build the damn rail bridge.  They look lovely and will NOT hurt your quality of life and cause traffic jams, and the extra cost is so totally worth it).

Another location outside of the City of Los Angeles is the San Gabriel Valley, where competition between Metrolink and the Gold Line Light Rail (Metro Rail) is now an interesting issue.  Competition is a good thing, and it's hoped that both services will achieve the potential improvements in local and regional mobility.

However, while the Crenshaw/LAX Light Rail Line is en route to completion to bring Metro Rail closer to LAX, and connect the northern and southern portions of L.A. County, the connection to the airline terminals (the LAX People Mover) train is not yet in sync with Metro's efforts.

However, it's hoped that with Mayor Garcetti and Councilmember Mike Bonin involved, the two transit efforts will be completed by 2023, and regional access to LAX will be by far easier by the 2028 Olympics.

However, Garcetti and Bonin have had more challenges with their efforts to replace car lanes with bicycle lanes on the Westside, and the associated Great Streets efforts have suffered a political black eye for both of them.

Good intentions don't always produce good results (or at least results that are deemed "good" by all who observe them), and with the end of the Playa Del Rey "road diet" the battle rages on for both Venice Blvd. and other major thoroughfares as to the "right" balance between safety and mobility for both motorists and bicyclists.

Furthermore, gas tax hikes are on the horizon to take place as implemented by the state, as well as ongoing Planning efforts that drive and allow development that runs afoul of both decades-old environmental laws and the laws of physics.  Sacramento is, indeed, the villain between local efforts to improve mobility.

That said, not all is bad--and much of things are very good--with respect to the ability of the City and County of Los Angeles to build out transportation initiatives (and yes, that includes road repair, upkeep, and expansions).  Outside of our region, other cities and states view LA as a model of how to get things done.

So in the middle of your local heartburn or pet peeve regarding transportation/mobility efforts, it's probably best not to lose sight of the bigger picture, and your optimism, altogether.
But yes--sometimes it can be very, very hard being a transportation advocate.