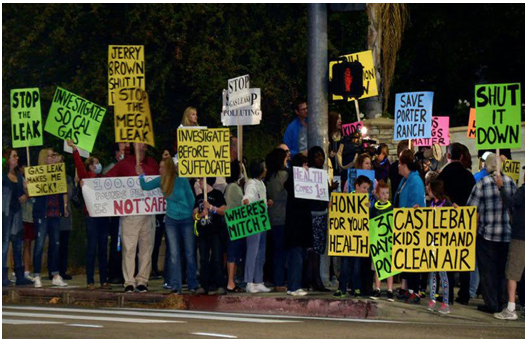 CAL MATTERS--The California Public Utilities Commission must, by its nature, straddle the fine line between providing consumers with dependable electric power, natural gas and other utility services at fair prices and protecting the financial health of the huge corporations that supply those services.

Over the past few years, however, two natural gas disasters and a scandal involving the closure of a nuclear power plant underscored long-standing criticism that, as Senate President Pro Tem Kevin de León said last Wednesday, “the PUC is very cozy with the utilities it regulates.”

The occasion was a Senate Rules Committee hearing on Gov. Jerry Brown’s nomination of two of his senior advisers, Martha Guzman Aceves and Clifford Rechtschaffen, to the powerful agency that holds sway over at least $50 billion in utility rates each year.

As events unfolded in recent years, the Legislature began demanding deep structural reforms in the agency, which was created in 1911 to oversee railroad freight rates but whose reach expanded greatly in the decades that followed. Brown, however, resisted a fundamental change in the ostensibly independent agency, and insisted that by overhauling its membership, public confidence could be restored.

When he appointed Aceves and Rechtschaffen last December, Brown praised their “sound judgement and a commitment to protecting ratepayers.” But some consumer groups have since portrayed them as being too solicitous to the utilities they regulate, particularly when they and other commissioners allowed Southern California Gas Co.’s Aliso Canyon natural gas facility to reopen on a limited basis less than two years after it was the site of the largest methane leak in U.S. history.

It and the disastrous 2010 explosion of a ruptured natural gas line in San Bruno loomed large in Wednesday’s hearing, as did a state auditor’s report that accused the PUC of “the appearance of improper influence in its public decision making.”

The latter involved not only the natural gas cases but scandal surrounding the closure of the San Onofre nuclear power plant in Southern California.

In 2014, the PUC approved a settlement that imposed 70 percent of the closure costs on Southern California ratepayers, but it was revealed later that the deal was hammered out in a private meeting between a Southern California Edison executive and Michael Peevey, then the president of the PUC, in a Warsaw hotel room.

Peevey, a former utility executive, finally stepped down amid demands that the case be reopened. However, the PUC has refused, so far, to change the decision and talks between Southern California Edison and consumer lawyers on a compromise have proved fruitless.

“The settlement is appropriate and should stand,” said SCE President Ron Nichols in a statement. “It ensured our customers do not pay for the faulty steam generators from the time they failed and the plant was no longer providing power.”

San Diego Attorney Michael Aguirre, who’s been sparring with SCE and the PUC over the case, contends that the shutdown stemmed from managerial failures and therefore utility stockholders, rather than ratepayers, should shoulder most of the cost.

Aguirre says he’ll pursue the case in federal court if the agency refuses to reopen the case. He’s also demanded emails he says may show that Brown was involved in the San Onofre decision, which Brown’s office has flatly denied. But the PUC has refused to release the communications and so far has won in court over that aspect of the situation.

Under questioning by Rules Committee members, Aceves and Rechtschaffen insisted that their appointments signal a new era of transparency and accountability for the agency. Rechtschaffen said he wants to “change the culture of the PUC.”

They may be sincere, but the PUC has been deeply tarnished and polishing its image will take more than words.

(Dan Walters has been a journalist for nearly 57 years, spending all but a few of those years working for California newspapers. He has written more than 9,000 columns about California and its politics. This Walters perspective originated at CalMatters … a nonpartisan, nonprofit journalism venture committed to explaining how California’s state Capitol works and why it matters.)