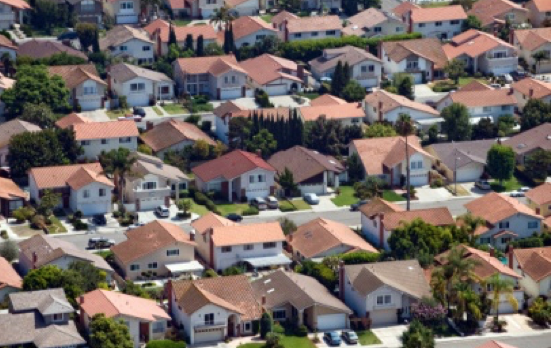 NEW GEOGRAPHY-Images of California, particularly the southern coast, are embedded with those associated with youthfulness — surfers, actors, models, glamorous entrepreneurs. Yet, in reality, the state — and the region — are falling well behind in the growth of their youthful population, which carries significant implications for our future economic trajectory and the nature of our society.

The numbers, provided by demographer Wendell Cox, based on U.S. Census Bureau estimates, should concern every business and community, particularly across the high-priced coastal areas. On the other hand, the stronger youthful growth in the interior, notably the Inland Empire, may become the basis for a regional resurgence, given a less draconian state regulatory regime.

What the numbers say

Let’s start with the millennials, the population that was aged between 20 and 34 in 2015. Since 2000, the growth of this segment of the population has been, for the most part, very slow along the coastal regions, well below the 6 percent national average. In Los Angeles and Orange County, the youth population grew by roughly 3 percent, about half the national average. San Francisco-Oakland, did a bit better, at 7 percent, but Silicon Valley-San Jose experienced a barely 1 percent increase.

In comparison, the millennial population of Orlando, Fla., grew by 47 percent, while in Las Vegas it increased by 42 percent. The four big Texas cities — led by San Antonio, with a 43 percent increase — all registered well over 20 percent growth. Rising tech regions, like Raleigh, N.C., saw 30 percent growth — 30 times the rate in Silicon Valley.

Yet, not all of California is losing out in the coming generation. The fastest-growing region for young people among the 53 largest metropolitan regions is right here in Southern California, the Riverside-San Bernardino area, which saw its 20-34 population expand by a remarkable 47 percent. Another inland standout in California, Sacramento, grew by over 30 percent, far ahead of any of the coastal areas.

Drilling down in Southern California

One of the most oft-repeated memes of the national media is that millennials are swarming into dense, coastal urban areas. It’s a nice story for urban land speculators and owners of expensive inner-city properties, but the thesis does not hold up well. In fact, of the 20 fastest-growing millennial regions, only two urban icons, Seattle and, to a lesser extent, Portland, Ore., show much vitality — and neither is very dense.

We can see that this pattern also exists within Southern California, based on data from the 2000 census and from American Community Survey data for the 2011-2015 period. If we look across the region, most of the places with the fastest growth in millennials can be found in the outlying areas.

The fastest growth took place in the Perris-Temecula area, with a remarkable rise of 114 percent, followed by 48 percent growth in the Riverside area and 36 percent growth around San Bernardino. Along the coast, the fastest growth has been in suburban Irvine and the South Orange County area, where the youth population expanded by 24 percent. In contrast, the rest of coastal Orange County — including places like Newport Beach and Laguna — as well as Long Beach-South Bay, saw a decline in millennial population.

Surprisingly, the two places most celebrated as youth magnets — downtown Los Angeles and the Westside — saw surprisingly modest increases in millennials. Since 2000, downtown has experienced a healthy 22 percent growth in millennials — about 5,600 people — although the surrounding area saw a 2.4 percent drop, so the central core actually lost over 10,000 young people.

The Westside area that includes Santa Monica and much of the “tech coast” also enjoyed a bit of a jump, albeit below the national average, with a growth rate of 4.6 percent. But even if we combine the Westside hot spots and downtown, the total gain rounds out to 13,000 — a nice number, but barely half that of Irvine, and less than one-sixth the gain in Perris-Temecula.

Urban boosters may claim, with justification, that the best educated (and often the most wellborn) do tend to concentrate in areas such as the Westside or downtown LA. But all of these remain relatively small groups, compared to the middle- and working-class population with more modest skills, who often come from historically disadvantaged groups. And, as even more millennials get into their 30s, they may also tend to move away from the coastal counties, as we can see in the decline of the Gen Xer population as a harbinger of future trends.

The youth deficit also seems to be spreading to the post-millennial generation. Due, in part, to a dearth of new families, California’s new generation is actually shrinking the potential workforce. Between 2013 and 2025, the number of high school graduates in California is expected to fall by 5 percent, while Texas, Florida and North Carolina experience gains of near 10 percent or more. With a shrinking birthrate, as well as diminished immigration, the LA region could experience a continual decline in its workforce.

These trends should alarm employers and businesses who depend on growth in workers and consumers. A rapidly aging population, by its very nature, adds less to economic growth and innovation, while spending less on housing and consumer goods. Southern California politicians, seemingly more obsessed with sporting events and climate change than economic reality, need to address the fundamental housing and employment issues undermining our demographic future.

(Joel Kotkin is the R.C. Hobbs Presidential Fellow in Urban Futures at Chapman University in Orange and executive director of the Houston-based Center for Opportunity Urbanism. Wendell Cox is principal of Demographia, a St. Louis-based public policy firm, and was appointed to three terms on the Los Angeles County Transportation Commission. This piece appeared on NewGeography.com and in the OC Register.) Prepped for CityWatch by Linda Abrams.