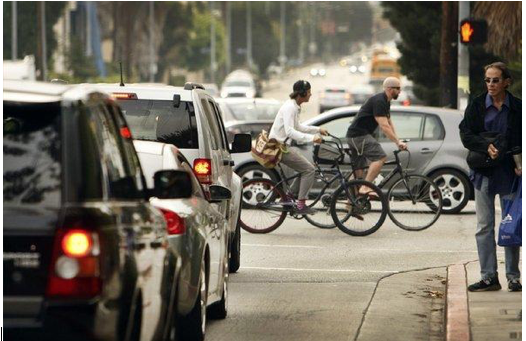 BELL VIEW--This morning I was running late to work. Screaming at red lights to turn green, cursing other drivers too timid to make left turns when they had the chance, I looked ahead of me and saw a cyclist taking the lane as he trudged up a small hill. I’ve ridden my bike in the streets of LA, so I gave the guy a wide berth as I slowed to a crawl behind him. I couldn’t get around him because I had to turn right and he was in my lane. “Come on, come on, come on …!” I repeated to myself as the ticking clock seemed to mock my predicament. What a nightmare! I thought.

And then – after about a hundred feet – I turned right and the cyclist was out of my life forever.

As I write this, tempers are flaring on the West Side over a proposed "road diet" for Venice Boulevard. The same thing may be coming to Temple Street over on my side of town. When I lived in East Hollywood – and I was president of the Neighborhood Council – we slimmed down Virgil to allow for bike lanes and a more pedestrian feel. Everybody didn’t like it – and many still don’t – but we survived, and the street is slowly coming to life.

I don’t know whether the road diet is the answer for Venice Boulevard. I don’t live there, so I can’t say. But we’re coming to a point in our history where volcanic rage over every minor dent in the convenience of the privileged majority has got to be called out for what it is. Look, I drive a car. I get it. It sucks. Traffic sucks. People suck. And maneuvering around a cyclist on your way home from work can really put a crimp in a few seconds of your evening. But when people start commenting that a cyclist purposely run down by a car had it coming because cyclists are such a pain in the ass, then we need to take a step back and assess the situation.

Back when I lived in East Hollywood, my wife and I lived across the street from a kindergarten. Every day, cars would race down our street past the kids as they walked to school. Repeatedly, we called then-councilmember Garcetti’s office saying we needed speed humps on our street. We were told if we wanted speed humps, we would have to get signatures from all the neighbors and something like 80% of them would have to sign off. 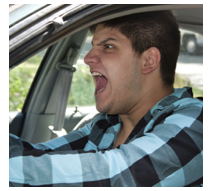 Why? Are we trying to get the speeders’ point of view? Is it a legitimate position to say “you know, I’m really in a hurry a lot, so those kindergartners had better just keep their eyes open?”

I don’t have the answers to all of our problems, but if your problem is you just can’t calm down long enough to abide the existence of your fellow human beings, then maybe you could just do us all a favor and move to South Dakota already.

Our national government has been hijacked by trolls – content to burn the house down just to piss off people they disagree with. Everyone has plenty to be angry about. But when anger itself becomes the point, there comes a time when the grownups are going to have to decide how to work together and pick up the pieces.