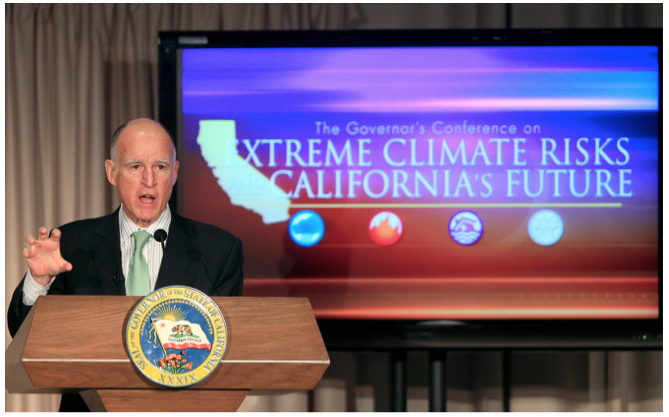 NEW GEOGRAPHY-- To some progressives, California’s huge endorsement for the losing side for president reflects our state’s moral superiority. Some even embrace the notion that California should secede so that we don’t have to associate with the “deplorables” who tilted less enlightened places to President-elect Donald Trump. One can imagine our political leaders even inviting President Barack Obama, who reportedly now plans to move to our state, to serve as the California Republic’s first chief executive.

As a standalone country, California could accelerate its ongoing emergence as what could be called “the Republic of Climate.” This would be true in two ways. Dominated by climate concerns, California’s political leaders will produce policies that discourage blue-collar growth and keep energy and housing prices high. This is ideal for the state’s wealthier, mostly white, coastal ruling classes. Yet, at the same time, the California gentry can enjoy what, for the most part, remains a temperate climate. Due to our open borders policies, they can also enjoy an inexhaustible supply of cheap service workers.

California in the Trump era

Barring a rush to independence, Californians now must adapt to a new regime in Washington that does not owe anything to the state, much less its policy agenda. Under the new regime, our high tax rates and ever-intensifying regulatory regime will become even more distinct from national norms.

President Obama saw California’s regulatory program, particularly its obsession with climate change, as a role model leading the rest of the nation — and even the world. Trump’s victory turns this amicable situation on its head. California now must compete with other states, which can only salivate at the growing gap in costs.

At the same time, foreign competitors, such as the Chinese, courted by Gov. Jerry Brown and others to follow its climate agenda, will be more than happy to take energy-dependent business off our hands. They will make gestures to impress what Vladimir Lenin labeled “useful idiots” in our ruling circles, but will continue to add coal-fired plants to power their job-sapping export industries.

Our housing crisis could get worse

For a generation, California housing prices have been escalating, particularly along the coast, at rates two to three times faster, relative to income, than its rivals. Regulatory policies aimed at reducing the single-family units that most Americans prefer will continue to drive people, notably younger families, to what liberals dismiss as “Trumpland.”

Before the election, developers in Texas and elsewhere fretted that the U.S. Environmental Protection Agency and Department of Housing and Urban Development would impose a California-style regulatory regime across the country. They recognized that if prices were driven higher in Dallas, fewer would opt to live in a physically less attractive, and less temperate, place.

Now the gap between Trumpland and California will likely grow even more. New “zero emissions” housing policies alone are likely to boost the cost of new construction by tens of thousands of dollars.

Already the most unequal state in terms of incomes, education levels and standards of living, according to a Social Science Research Council report, California seems destined to become even more so. Our ultrahigh taxes do not seem to be driving the really rich away. Like the rising population of the dependent poor, the rich likely will always be with us.

Billionaires, of course, can afford to choose the most attractive places on the planet in which to live. Our state now has more billionaires, notes Forbes, than all other countries, excluding the rest of the United States and China. Nearly half of the 16 counties with the highest percentages of people earning over $190,000 annually are in the Golden State.

Our emerging Republic of Climate, of course, is not so amenable to those who live outside the upper reaches. Elite firms in the tech, entertainment or media industries may keep their headquarters and key operations here, but when companies like Apple employ middle-wage earners, they tend to do it in Texas, not Tulare.

For most inhabiting the Climate Republic, the future could well be low-end jobs. People from around the nation and the world, who could not afford to live here full-time, increasingly come to California as tourists so they can live like Mediterranean grandees for a week or two. In this sense, California, once the heartland of the American dream, increasingly will resemble Hawaii, a state largely dependent on serving the luxury lifestyles of retirees and out-of-state visitors.

For the state’s middle class, of course, working at a hotel or feeding tourists generally does not pay enough to rent, much less buy, a decent place to live. They will continue to leave, as they have for 22 of the past 25 years.

Whether as a new or a virtual republic, California seems destined to remain a paradise for the wealthy and well-established, while offering increasingly little for those who aspire to the American dream. Many, particularly in the younger generation, may be forced to sacrifice a perfect climate and glorious topography for the chance of a decent standard of living.

(Joel Kotkin is the editor of New Geography … where this piece was most recently posted … and is R.C. Hobbs Presidential Fellow in Urban Futures at Chapman University in Orange and executive director of the Houston-based Center for Opportunity Urbanism. Wendell Cox is principal of Demographia, a St. Louis-based public policy firm, and was appointed to three terms on the Los Angeles County Transportation Commission.)