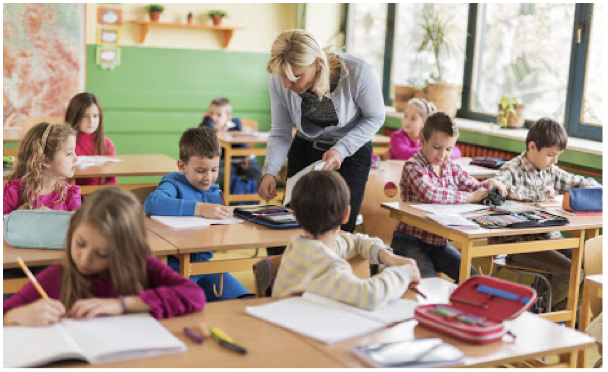 Wednesday was the deadline for districts statewide to issue pink slips, or reduction in force notices, to teachers, counselors, administrators and other credentialed employees who could be laid off at the end of the school year because of potential budget shortfalls.

The 1750-layoff figure is an estimate issued by the California Teachers Association, the state’s largest teachers union, based on a survey of key districts.

Educators and union leaders estimate that few if any of the pink-slipped teachers come from the most in-demand jobs, including special education, math, science and bilingual education. (State law requires layoffs be based on seniority, but also allows for districts to protect teachers with limited experience if they’re credentialed in jobs that would be difficult to fill otherwise.)

The teacher layoffs are part of an annual ritual as districts “prepare for the worst” when they start crafting spending plans for next school year that are based on conservative early state budget estimates.

Typically, many of these notices are rescinded before the end of the school year as districts receive better funding estimates from lawmakers before the final budget is approved in June.

But these notices also come during a time when many education leaders, lawmakers, and researchers say California is experiencing the worst teacher shortage  in more than a decade. So it raises the question as to why these teachers face the threat of job loss when so many districts are desperate to hire and retain them.

The answer lies with the set of conflicting state laws for state budget projections and requirements for giving teachers advance warning regarding possible job loss.

By law, public school districts in California had until March 15 to send notices to teachers and other credentialed staff who might be laid off at the end of the school year. This amounts to about a 90-day notice.

Districts make these projections based on the governor’s preliminary budget proposal released two months prior, in January.

This year, Gov. Jerry Brown proposed a minimal 2.1 percent increase for K-12 education in January, which educators said would not be enough to cover districts’ increasing salaries, benefits and costs.

“It’s already a struggle to find qualified teachers, especially in hard to fill jobs,” said Eric Heins, president of the California Teachers Association. “Districts and the state should instead be working on finding better incentives to keep their teachers.”

The California Teachers Association says that has led to about three dozen districts sending a combined 1,750 pink slips. These figures represent a small fraction of the more than 325,000 teachers statewide. And the number of notices is far below the 25,000 that were sent out in the peak of the recession in 2010.

San Diego Unified, the state’s second-largest district, sent out 850 notices, the most of any district. Santa Ana Unified sent out 287 notices. Montebello Unified sent out 333 notices. About 30 other districts sent out 50 or fewer, according to the teachers union.

Los Angeles Unified, the state’s largest district, sent out 1,300 notices to administrators, but none to classroom teachers. So these figures were not included in the union estimate despite the fact that many of those administrators could bump back to a teaching position if they have a credential.

Los Angeles Unified spokeswoman Barbara Jones said the district hopes to rescind most, if not all of these notices. And even if some administrators return to the classroom, no current teachers would lose their job, she said.

Analysts and educators expect the governor’s updated version of the budget released in May to be more generous to K-12 education, especially as the state’s economy has continued to grow, meaning most of these jobs will be saved.

Teri Burns, legislative analyst for the California School Boards Association, said that even if most of the teachers receiving notices end up keeping their jobs, this yearly cycle exacerbates the state’s teacher shortage.

“These notices disrupt peoples’ lives unnecessarily,” she said. “If you’re a teacher and you receive one of these notices, then you start looking or another job, or even look to leave the profession.”

Burns said for students considering careers as teachers, reading reports of pink slips given each spring to teachers might signal that it’s a very volatile career.

The California School Boards Association has recommended that the state eliminate the March 15 warning deadline, and instead use the June 15 date for informing teachers that they’re actually being laid off.

Other groups have also proposed that move, but it’s been opposed by the California Teachers Association, with union leaders saying teachers need as much warning as possible to look for other jobs or make other preparations just in case they face unemployment.

Joshua Pechthalt, president of the California Federation of Teachers, the state’s second-largest teachers union, said the number of spring layoff notices is also not a valid measurement of how the state is being affected by the teacher shortage.

“You have to look at whether a district giving out layoff notices is experiencing declining enrollment, or if they have their own unique budget problems. Not every district is the same,” he said.

This story originally appeared on EdSource

(Fermin Leal is EdSource’s career and college readiness reporter, based in Southern California. Fermin previously worked for 13 years as an education reporter at The Orange County Register. He covered k-12 education and the California State and University of California systems. This piece originated at EdSource and was posted most recently at Huff Post.)