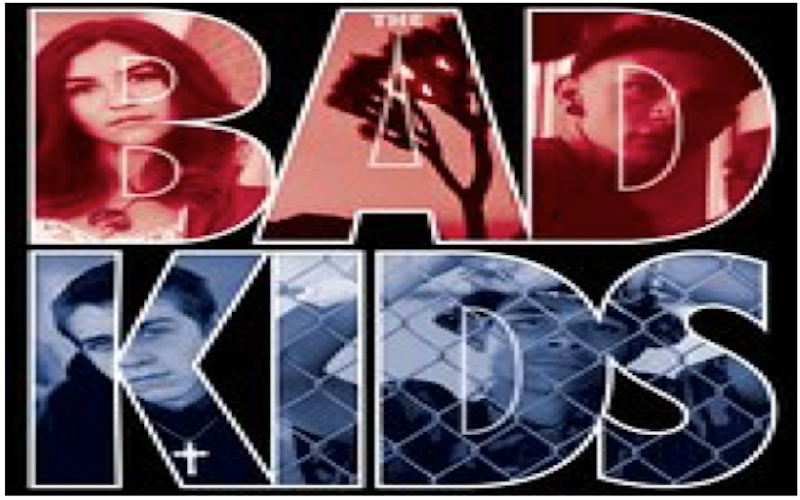 FILM WATCH--The most pernicious aspect of our purposefully failing, corporate-profit-driven public education system (when it comes to students of color and the poor) is that student victims of this system end up thinking something is wrong with them. The truth is, the public education system has let them down from the moment they entered kindergarten.

The real problem lies in public education's unwillingness to educate all students in a timely age-sensitive manner. Instead they are assigned to often arbitrary, inaccurate grade-level designations determined by age rather than their subjective ability level. The longer this public education system is allowed to do this, the more damage will be done to innocent students, whose lives it continues to destroy.

Predictably, this leads to more violence and costly damage to all of our society. Ultimately, this continued failure to socially and economically integrate such a large segment of our population costs big bucks. Surprisingly, it would be easier and much less expensive to integrate and educate these students so they can become part of this country's future. At some point one must ask if the real purpose of public education as it is presently constituted is to educate the young or to reinforce class and racial stereotypes to maintain the status quo.

The movie “The Bad Kids”  is a new feel good documentary that will screen on your local PBS station at 10 p.m. on March 20. It purports to show (in a faux “objective” documentary format) the day-to-day life of "bad kids" – a.k.a., underachieving students. What it never addresses is that although these students are being offered a second chance at getting an education and making something of themselves, they are also victims of fraud. Their second chance ignores the measurable academic deficits these "bad kids" have been allowed to acquire after years of being socially promoted with no mastery of the prior grade-level standards. This has impeded their ability to reach their academic potential.

Placing these “bad kids” in a continuation school to help them finish high school is an act that is doomed from its inception, because it is based on the false assumption that you can make somebody ready for high school by merely waving a magic wand and declaring it so. This is in being done despite them not having mastery of the prerequisite prior grade-level standards that would actually give them a chance to succeed. Not exactly a formula for building self-esteem.

Simply stated: How can you do Algebra, when you haven't learned your times tables? Or how are you supposed to read a 12th grade English literature or Government book, when you have a 3rd grade reading ability? But these and other issues are never addressed in “The Bad Kids,” whose sole purpose seems to be the creation of positivity and hope without any substance to back it up.

In addition, the mystical value of a high school diploma is set as the unquestioned goal for all students at Black Rock High School Continuation School students in Yucca Valley, California. No context or questioning of this goal is ever presented and no subsequent academic success or failure of the students is ever presented.

The Black Rock website lists statistics touting 38% for English and 50% for math as the numbers of students in the school district that are at grade-level; however, the specific statistics of Black Rock Continuation High School students are noticeably omitted. And when it comes to how many Black Rock students are actually "College Ready," the website says "N/A" for not applicable. Why is that?

At no time during the after screening discussion I attended, lead by KPPC Reporter Adolfo Guzman Lopez, was the premise of “The Bad Kids” ever questioned critically. That is, not until I raised my hand and mentioned what I thought there were relevant questions that needed to be addressed:

While schools in the past served as the key societal integration mechanism that levelled the playing field by equalizing academic opportunity for all American socio-economic classes, the difference in opportunity between what the affluent receive and what minorities and the poor receive today has never been greater. Is it any wonder there are over 2.3 million people behind bars? If nothing else, it would seem that the cost of timely education would be far less than the $78,000 a year it costs to incarcerate a juvenile...unless you are the for-profit corporation running the prison.

The free exchange of ideas and knowledge we need as a putative democratic society to continue making decisions that will allow America to be great – “great again” or maybe for the first time -- requires that we the people be given a marketplace of ideas from which to choose -- something more than mere propaganda. Could that be why the core of these rights are in the First Amendment?

What I found most reprehensible at the screening of “The Bad Kids” was witnessing an example of the cowardice of the news media (both commercial and public) who seem to care more about keeping their jobs than going to where the facts lead them, irrespective of the corporate or foundation interests that either own or subsidize them. The Reporter Adolfo Guzman Lopez, who emceed the evening, is an extremely intelligent person and excellent writer who knows more than I do with regard to what is really going on in public education. But, as a reporter, he’s doing nothing to question the education system; rather, he gives distorted credibility to it by his mere unquestioning presence.

When I asked him why he never questioned something as irrational as LAUSD Superintendent Michelle King's recent call for 100% graduation rate, while LAUSD has an audited effective truancy rate of 52%, Guzman Lopez said, "She must have meant she would like to have 100% graduation." Other than President Donald Trump's Press Secretary Sean Spicer, is it the function of a reporter to slant and interpret without input? Or rather, should he proactively ask how such an apparent contradiction could exist? Shame on you Adolfo!