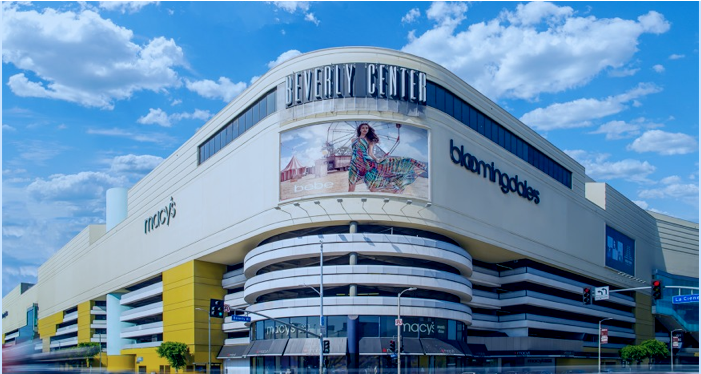 MALL CULTURE REVISITED-When regional shopping centers first appeared in the mid 1950s, they were considered by most Americans to be the wave of the future. As a radical new type of commercial land use, the shiny new malls with their up-to-date modernist architecture, free parking and good access roads were a refreshing contrast to the increasingly tired looking and deteriorating downtowns and main street business districts, which had little or no new construction during the Great Depression, World War II and the initial postwar years. The malls were immediately popular with consumers. They provided the convenience of having retail stores placed together in one location along an automobile free, internal mall “anchored” by at least two major department stores at either ends of the mall. And there was plenty of free parking.

However, as the decades went by it became increasingly evident that there were undesirable side effects accompanying the widespread development of regional malls:

Most evident was the stagnation and deterioration of downtowns and main street business districts as customers and then retailers abandoned them for the new regional malls. When developers proposed the malls, most elected officials and planning officials saw them as progress, as forces for economic growth and additions to the local tax base. It occurred to very few officials that, because retail demand is fixed and based on demographics such as population, income levels and the purchasing patterns of different ethnic and racial groups, consumer demand that would be met by the regional malls would come from reduced retail sales in the existing downtowns and main street business districts. So increases in property tax and sales tax revenues from the new malls were at least partly offset by reductions in or a stagnation of property tax and sales tax revenues from the downtowns and the main street business districts. The only way to avoid business district stagnation and deterioration would be for the mall to be located in a city with a growing population and/or with increasing per capita incomes.

As the downtowns and main streets deteriorated, local governments enacted programs to revitalize them. This resulted in the expenditure of tax dollars to subsidize redevelopment projects, dollars that could have been spent on other basic government services, such as maintaining streets, water mains, sewers and other infrastructure and providing more parks and open space. The only exception to this pattern of business district deterioration are the business districts in elite, upscale communities that have the purchasing power to both support their local business districts and patronize nearby regional malls.

The sharp contrast of shiny new malls and deteriorating business districts could have been avoided with better planning, by adopting a strategy for the location and form of retail development in a city.

Some regional malls, such as the Northridge Fashion Square and Topanga Plaza, are located on land zoned industrial, which otherwise would have been developed with light industrial and other similar uses that would add to a city’s economic base. Industrial zoned land was likely used for those malls because it was less expensive per square foot than commercially zoned land. And the Century City Mall is located on land that was formerly part of a movie studio and the city’s economic base.

A more subtle, undesirable effect is the erosion of a coherent urban form. Prior to the end of World War II, cities in the United States had prominent downtowns and a series of pedestrian oriented, main street business districts and commercial intersections to serve the individual communities and neighborhoods that make up a city. Each community and neighborhood had a business district that was the center of a community or a neighborhood and was a major part of their identities.

The regional malls are often randomly located, wherever a developer can find large tract of land zoned either commercial or industrial, which also permits commercial development. They were also not evenly distributed throughout Los Angeles. For example, the Promenade, Topanga Plaza and Fallbrook Square shopping centers are clustered together in Woodland Hills on the west side of the San Fernando Valley. Meanwhile, there are no regional malls to the east in Reseda.

The regional malls, of course, are not evenly located with regards to income levels in a city. Rather, they are placed in the affluent and middle income sections of a city where there is substantial retail demand. It is no surprise then that there are no malls in poor communities. An example of this is the west side of the Los Angeles. Six regional malls serve it, while less affluent central Los Angeles has only three; the Seventh Street Marketplace downtown, Hollywood/Highland and the Crenshaw Mall.

And none of the three can really be considered inner city shopping malls because the Seventh Street Marketplace gets a substantial portion of its sales from more affluent customers working downtown and Hollywood/Highland derives some of its sales from tourists and is near the west side of Los Angeles and Hancock Park. Finally, Crenshaw Plaza is near Baldwin Hills, with its higher incomes.

While the regional malls are designated “regional centers” on the City of Los Angeles’ community plans, most lack the wide range of commercial and non-commercial uses found in traditional downtowns, such as office buildings, hotels, institutional uses and government buildings. At best, they are only half of a center, lacking the rich mix and diversity of uses in a traditional downtown. This has contributed to the monotony and dullness of suburban communities, where most of the malls are located. If one has seen one suburban regional shopping center, one has seen them all.

A clear defect of almost all of the shopping malls is their lack of a pedestrian orientation to the surrounding streets, such as The Grove which faces inward to a lively private pedestrian street. Nearly all of LA’s shopping centers face inward to their interior malls. Most are surrounded by a sea of surface parking and the urban malls have either blank walls or parking structures facing the surrounding streets.

While the retail buildings in the Grove Shopping Center in the Wilshire district have picturesque architecture, the center has the typical pattern with blank walls facing Third Street and a massive parking structure looming over and facing the adjacent Pan Pacific Park. Rather than just facing inward, stores in a shopping center should also face the street in order to “activate” the street, to make it interesting for pedestrians to encourage pedestrian activity. The new urbanist movement in planning and architecture, which favors downtowns and traditional, pedestrian oriented main street business districts, has been critical of shopping centers due to their lack of orientation to the surrounding streets.

A final undesirable impact is traffic. Because most shoppers arrive in their cars, regional shopping centers are major traffic draws, creating localized congestion and the need for street widenings as part of their construction. Connecting the malls to Los Angeles’ expanding rail transit system would reduce the amount of traffic congestion. However, less than half of the existing malls will eventually be served by the rail transit lines. They are the Seventh Street Marketplace downtown, Hollywood/Highland, Century City Shopping Center, Santa Monica Place, Crenshaw Mall, the Panorama City Mall and the Promenade Mall in Warner Center.

The malls that will not have rail transit connections are the Beverly Center, the Grove and Fallbrook Square, Topanga Plaza, Northridge Fashion Square, Sherman Oaks Fashion Square and Valley Plaza/Laurel Plaza in the San Fernando Valley. The Sherman Oaks Galleria, the Westside Pavilion and the Westfield Plaza in Culver City may or may not have a transit connection depending on the route of the subway line between Van Nuys and Westwood that will eventually be built under the Santa Monica Mountains and later extended south to LAX.

Despite their major impacts, there are no policies and regulations concerning the location and design of regional shopping centers in LA’s General Plan and in the zoning regulations of the City of Los Angeles. For these planning documents, regional malls do not exist. If a regional shopping center meets all the requirements of the commercial or industrial zoning for a site, then they are deemed to be ministerial projects that need only a building permit for approval. If they do require zone changes, zone variances or conditional use permits, then the final decision on whether to approve a new shopping center is not made by the Planning Department staff or by the Planning Commission.

Instead the councilmember representing the area in which the mall is to be located makes the decision. These politicians and their deputies usually have no background in city planning, and they will almost always approve new malls within their district due to the promise of more jobs and property and sales tax revenues. The new malls get approved regardless of whether they fit in with surrounding development, whether they have a pedestrian orientation and despite their economic impacts on nearby business districts.

For many decades, market forces rather than sound planning principles have mostly determined the patterns of land use, density and height in Los Angeles. The development community, rather than the Planning Department staff, has done most of the planning in Los Angeles and in most other cities, with most elected officials ratifying decisions made by the developers.

If approved, Proposition S on the March, 2017 ballot will curb the spot upzones and General Plan amendments which have been used to approve some of the regional malls and expansions of existing malls.

Rather than prohibit regional shopping centers as a land use, policies and regulations on the design and location of new or expanded regional malls are needed in order to improve the quality of the built environment in Los Angeles and avoid their harmful impacts. If the City Council were to finally enact policies and regulations for regional shopping centers, they should have these provisions:

Regional shopping centers should be designed so that there are stores facing existing commercial streets next to the mall in order so those streets will have a pedestrian orientation.

Because the regional malls are under unified ownership and thus are easier to manage, they are more likely to be redeveloped and expanded every 20 to 30 years. Policies and regulations are also needed to address existing malls proposed for expansion. Those policies should be:

With the era of regional shopping centers now over 60 years old, the malls that competed so successfully with the downtowns and the main street business districts are now themselves facing competition from big box retail stores, factory outlet centers, E-commerce, and other newer malls. With more retail sales now occurring online, there is less need for retail space in the United States.

Even with unified ownership and management, there are some malls in Los Angeles and other cities in the United States that have declined and lost customers and tenants. Increasingly, “dead” malls are being redeveloped with mixed use, pedestrian oriented town centers favored by new urbanism. In addition, declines in income levels in sections of some cities also mean that the regional malls serving them have had to be redeveloped, with upscale department stores being replaced with discount stores, as with the Panorama City Shopping Center.

With the changes in the retail environment that the regional malls are facing, the continued success of regional shopping centers in the United States is uncertain and regional malls may increasingly be the wave of the past.

(John Issakson is a planning activist living in Los Angeles.) Prepped for CityWatch by Linda Abrams.