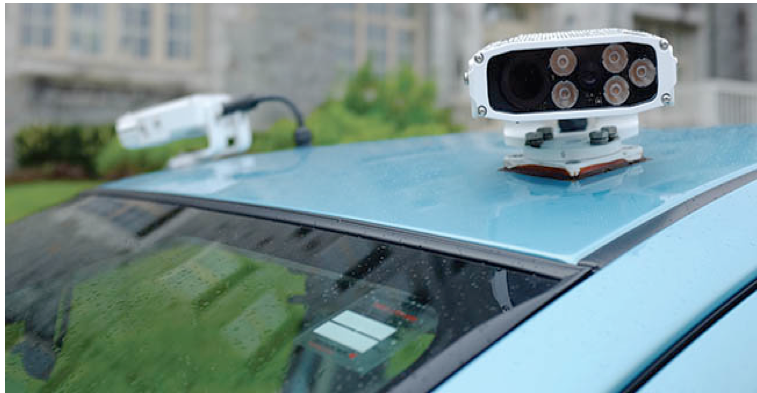 NIX THE AUTO VU SYSTEM-On October 1st, at the direction of Mayor Garcetti, three Genetec AutoVu™ patrol vehicles were released into the flow of LA traffic like Trident submarines into the North Atlantic.

Mounted on the vehicles were multiple SharpX automated license plate recognition cameras -- each capable of reading and capturing “thousands of license plates per shift” -- day or night -- then checking the plates against a database in real time, with vehicle occupancy counts also being an option as well as “silent” notifications of law enforcement when warrants are detected.

The purpose of all this? Anti-terrorism? Preparations for a drug-trafficking sting?

No. The purpose is parking enforcement. The AutoVu™ system is a tool for collecting unpaid parking fines, with a particular emphasis on tracking down vehicles eligible for impounding.

The contractor who runs the program, Xerox State and Local Solutions (which lobbies the city aggressively through Englander, Knabe, and Allen,) gets paid a 2.5% commission by the City for all fees and penalties incurred by the individual late on his or her parking fines. Xerox gets $27 per citation on Special Collections.

The gold standard of penalties is impoundment, by far the most lucrative infraction to impose upon Angelenos, as it costs the owner hundreds of dollars.

By creating a program that incentivizes the contractor to get cars impounded, the Mayor has, in effect, put a bounty on the head of every vehicle owner in Los Angeles -- and by extension on the loved ones of that owner.

The AutoVu™ system is a dragnet.

Impoundment is not always caused by people not paying their parking tickets. It is a punishment often meted out unjustly to individuals who, for example, leave their car on the street for greater than 72 hours -- a rule not well-known to the public and never posted on street signs, as the City learned not too long ago in a lawsuit.

The AutoVu™ system should be shut down.

Data derived from a dragnet of license plates can be used for blackmail and extortion. Similarly, there is no downside for AutoVu “hunters” to make false enforcement claims -- especially on residents for whom English is not their first language. Inevitably, some percentage of those victims, not sure how to contest the impounding, will pay the fine.

Life is hard enough without government sponsored profit seekers marauding around prying into the business of everyday residents.

But from an economic view, it’s not hard to see the temptation for Mayor Garcetti in choosing to implement the program.  AutoVu™ is lucrative. As the brochure boasts, it took Fort Lauderdale just two months to recoup its investment.

Mayor Garcetti needs the money, because he squandered millions of dollars defending against a lawsuit that asked for nothing more than that the City stop allowing Xerox to be the adjudicator of parking ticket appeals, given that Xerox is a private company that loses money whenever those appeals succeed.

The Mayor lost the lawsuit on August 6, 2016 and so was required to hire City employees to replace the Xerox adjudicators. “Additional costs are anticipated,” the LADOT Director wrote.

“Tickets should be used to manage parking, not as a revenue source, and that is what I am going to look to do,” Mayor Garcetti wrote, according to the Daily News during a chat session on the website Reddit shortly after being elected.

So call off the dragnet, Mr. Mayor. Please.