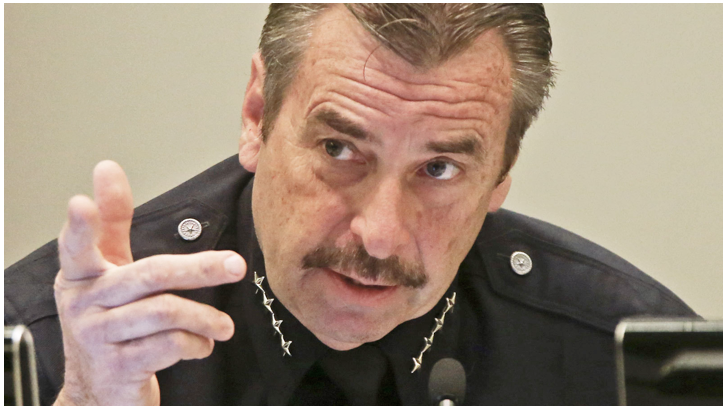 CALWATCHDOG--If Donald Trump aims to significantly reduce the presence of undocumented and unlawful immigrants in California, he will face staunch opposition. From the municipal to statewide level, officials have come out strongly against the prospect of stronger enforcement and deportation.

“Secretary of State Alex Padilla criticized the choice of Kris Kobach [as one of Trump’s new immigration transition team members], who holds the same position in Kansas as Padilla, as counter to Trump’s call for unity,” according to the Los Angeles Times. “Kobach advised the incoming president on immigration issues during the campaign, and helped draft the Arizona legislation that required immigration status checks during traffic stops.”

Excoriating Kobach for a “pattern of supporting racist, anti-immigrant policies including voter suppression and racial profiling laws,” Padilla warned in a written statement that Trump’s choice “sends a deeply troubling message that telegraphs an imminent assault on our collective voting rights and civil rights,” the paper added.

Trump’s push to intensify the deportation regimen pursued by President Obama has sent California activists into crisis mode, inspiring an ironic call among some for the undocumented to edge back into the metaphorical shadows to avoid exposing themselves to increased federal scrutiny. One such potential pitfall is the so-called Deferred Action for Childhood Arrivals program, or DACA, designed to help exempt young children from facing penalties older unlawful entrants have often faced.

DACA “has allowed 750,000 young people who came to the U.S. illegally to continue working and studying in this country,” the San Jose Mercury News recalled. “Immigration activists from the Central Coast believe, because DACA was an executive action, it would be an easy immigration program for Trump to end.”

“In light of the demand, several community organizations held a news conference in Salinas Monday to urge calm among immigrant communities and to announce a series of forums in the next few days to answer questions, assuage concerns and urge people to be ready for what’s to come ­– whatever that is.”

Amid likely tectonic shifts in the policy landscape, California police have not necessarily lined up behind stiffer enforcement measures. Officials in so-called sanctuary cities have warned that a concerted federal push to purge their neighborhoods of undocumented residents would be met with resistance. “Democratic mayors of major U.S. cities that have long had cool relationships with federal immigration officials say they will do all they can to protect residents from deportation, despite President-elect Donald Trump’s vows to withhold potentially millions of dollars in taxpayer money if they do not cooperate,” the Associated Press reported.

Letter of the law

But some law enforcement agencies have staked out a cautious position based on the idea that their jurisdiction and responsibilities are simply limited. Los Angeles Police Chief Charlie Beck (photo at top), for instance, avowed that “I don’t intend on doing anything different,” as the Orange County Register noted. “We are not going to engage in law enforcement activities solely based on somebody’s immigration status. We are not going to work in conjunction with Homeland Security on deportation efforts. That is not our job, nor will I make it our job.”

In fact, Beck and chiefs like him have the law on their side. “Because states and cities can’t be required to enforce federal law — and there’s no U.S. requirement that police ask about a person’s immigration status — it’s likely that any Trump effort to crack down on sanctuary cities would focus on those that refuse to comply with ICE requests,” the AP added, citing Roy Beck, CEO of NumbersUSA.

On the political side, Senator-elect Kamala Harris made a point to establish herself as one of Trump’s most powerful opponents on immigration. For her first public appearance after the election, she chose an LA activist group’s headquarters. “Harris has followed the appearance up with a post on the website Medium saying she wanted ‘every immigrant family in this country  —  as well as the new Trump administration – to know exactly where I stood on immigration reform,’” according to McClatchy. “Harris has an online petition to support immigrants and suggested California would lead the resistance to Trump.”

(James Poulos blogs at CalWatchdog ... where this piece was first posted.)