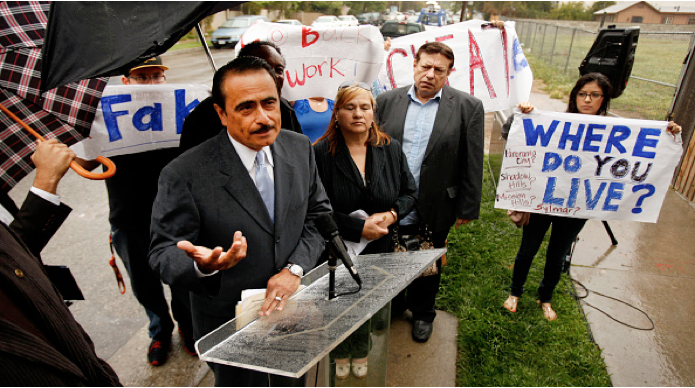 THIS IS WHAT I KNOW-Voter Fraud. Talk about two words we never again want to hear mentioned in the same breath. However, an LA County Superior Court Judge, George Lomeli, ruled last week that the former LA City Councilman Richard Alarcon and his wife could still face voter fraud and perjury charges – this, while encouraging both sides to resolve the case, perhaps moving to a misdemeanor conviction. Judge Lomeli’s ruling comes months after their felony convictions were thrown out by an appeals court panel.

The heat was turned up a bit as Alarcon announced he was challenging Rep. Tony Cardenas (D-Los Angeles) in the 29th Congressional District within weeks after his conviction was overturned. The caveat is, if he is convicted of a felony in a retrial, he’ll be barred from holding elected office under California law. It seems Alarcon is putting the whole thing on hold, as he hasn’t been actively campaigning. A misdemeanor conviction, however, would still allow Alarcon to hold elected office.

A bit of backstory: Most of this hinges on residency claims. Prosecutors charge that Alarcon and his wife, Flora Montes de Oca Alarcon, lied about their residence to allow Alarcon to run for LA City Council. Per California Elections Code, candidates must actually reside in the district they aim to represent. Alarcon was termed out as a councilman in 2013.

Alarcon ran to represent Panorama City while living in Sun Valley, which is in a different district. The defense attorneys for the Alarcons stated the couple had been staying temporarily in the Sun Valley residence during renovations of their Panorama City home and had planned to return once construction was finished. That excuse might have seemed plausible if Deputy Dist. Atty. Michele Gilmer hadn’t presented blueprints for turning the single family residence into a multi-unit complex. To top things off, a police officer testified about a squatter who moved in and even changed the locks.

The jury wasn’t buying and Alarcon was convicted of three voter-fraud charges and one perjury charge while his wife was convicted of two voting charges and one perjury count. The couple was acquitted on other charges. Alarcon did his time under house arrest and his wife did community service, but the couple appealed. The conviction was overturned by an appellate panel that concluded there were improper jury instructions concerning residence requirements by Lomeli. A new hearing date is set for January 27.