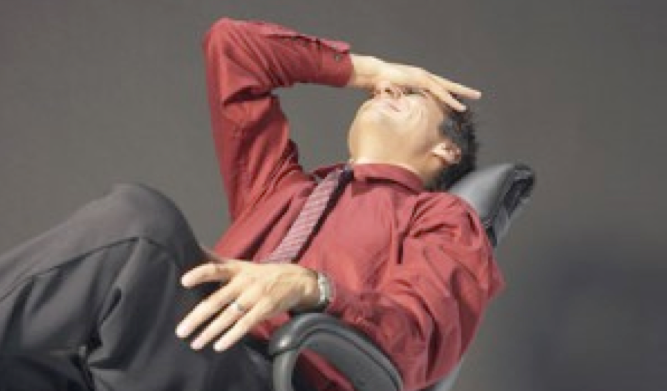 CALBUZZ--Despite Nate Silver’s argument that we should leave the LA Times/USC Dornsife “Daybreak Poll” alone, this poor excuse for a survey has been so wrong so persistently – and has been so constantly cited by Donald Trump as evidence of his campaign success – that it’s time for the Calbuzz Green Eye Shade Division to call them to task.

We’d be tempted to accept Silver’s admonition that all you have to do is add 6 percentage points to Hillary Clinton’s standing in the survey to accommodate for its “house effect,” except for the fact that the survey continues to arrogantly insist that “This chart tracks our best estimate, over time, of how America plans to vote in November.”

World class flapdoodle So we’re sorry to say that our old friends David Lauter of the LA Times and Dan Schnur of USC will forever have to take responsibility* for the single most reckless name-brand survey of the 2016 election season. Even if they succumb to pressure from the polling world and re-weight their flawed sample in the coming weeks so that they end up in the ballpark (like Survey USA usually does), they will have overseen an entire season of faulty, misleading polling that has misinformed the public and given Trump false bragging rights and his allies false hope.

As of Wednesday, when most national polls by reputable organizations were showing Clinton leading Trump by 4 to 11 percentage points, the screwball LA Times/ USC Dornsife “daybreak” survey showed Clinton and Trump tied at 44% — after weeks of showing Trump leading Clinton by significant margins.

Garbage in... Why? Because they started with a faulty, pro-Trump panel of internet respondents, weighted their reported 2012 vote for president and then stuck with that panel as part of their methodology. Garbage at the start; garbage all throughout.

“What’s the source of the LA Times poll’s Trump lean?” Silver wrote. “There are good ‘explainers’ from The New York Times’s Nate Cohn and Huffington Post Pollster’s David Rothschild.   Long story short: The poll’s results are weighted based on how people said they voted in 2012. That’s probably a mistake, because people often misstate or misremember their vote from previous elections.”

Interestingly, the LA Times so did not believe its survey that coverage, by most of its fine political writers, have paid it no mind.

On Wednesday, Lauter himself tried to hide his paper’s miserable poll’s findings – a tied race — with a front-page story that focused on survey respondents’ expectations of who will win the race instead of their stated voter preference.

“More and more, his own supporters no longer think he can win, the USC Dornsife/Los Angeles Times Daybreak poll has found,” Lauter wrote.

Hide the turkey. Except that this was not a new finding at all. The survey’s respondents had consistently said they thought Clinton would win the race – with even larger proportions predicting her victory back in August. The story gave the Times an opportunity to use its miserable survey as a way to convey to readers the paper’s conviction that Clinton is actually leading Trump.

“The Daybreak poll asks people whom they plan to vote for and which candidate they expect will win,” Lauter wrote. “The question of voter expectations has often, although not always, proved to be a more reliable forecaster of election outcomes than asking voters their candidate preference.”

This is, on its face, an absurd argument. First of all, how would the Times know that asking voter expectations is “a more reliable forecaster of election outcomes” until they know what the outcome is? By comparing this question in their survey to other national polls? Second, why are they asking voter preference if they think it’s an inferior measure of election outcomes – which their own statement on the survey about their “best estimate” flatly contradicts?

This is a sneaky way to mask the findings of their flawed survey.

Piling it on. Then, on Thursday, Lauter wrote about how the poll stands up if it is re-weighted to discount USC’s original weighting for who candidates said they had voted for in 2012 — which was a dumb idea from the get-go. This is exactly the kind of legerdemain that Survey USA and other sleazy operations use to make their final polls look legit.

The re-weighting, by Ernie Tedeschi, an economist formerly with the Treasury Department “provides reassurance that although the poll differs from other surveys, its data about the trends in the election — the ups and downs in support for the two candidates — are consistent with what others have found,” Lauter wrote.

Oy. It was a bad poll design. USC and the LA Times are stuck with it.

* Lauter and Schnur get responsibility, but here’s how Lauter (LA Times Washington Bureau Chief) explained the origin of the survey in an email to us:

“The researchers at USC’s Center for Economic and Social Research https://cesr.usc.edu/, led by Prof. Arie Kapteyn, developed the poll. They based it on a very similar survey they did four years ago when they were at the RAND Corp. (That 2012 poll was one of the most accurate of the election year and the only major survey not to underestimate Obama’s margin). Dan introduced Arie’s team to those of us at The Times, and we were (and are) very happy to partner with them to publish the results.”

When we asked Schnur (director of the Jesse M. Unruh Institute of Politics, USC Dornsife College) if he is responsible for his organization’s survey, he replied: “Jill Darling is the Survey Director for the Center for Economic and Social Research. I’m sure she’ll be happy to answer your questions. She can be reached at: [email protected]“