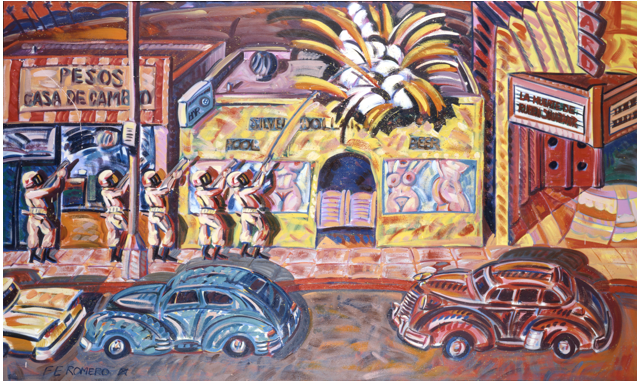 LATINO PERSPECTIVE--Should we have a Latino Smithsonian museum? Some think so some others don’t. Congressman Xavier Becerra from Los Angeles said last week that American Latinos aren't reflected in the country's most well known museums. He wants a museum.

The proposed museum would be inside the Smithsonian Arts and Industries Building, which reopened as a special events space this year after extensive renovation.

The bill would start the planning process. But that doesn't mean the museum would open quickly: The African American museum was approved in 2003 and opens next week. It would be built with a combination of federal and private funds, as other museums and memorials on the Mall have been.

But others don’t think we need a museum. Mike Gonzalez is a senior fellow at the Heritage Foundation said that it’s an idea that sounds good — until you think about it for about three seconds.

He argues that this is not just because museums are for dead things (“The Louvre is a morgue; you go there to identify your friends,” the French artist Jean Cocteau famously complained), but because it would breathe life into concepts from which we need to move away.

Becerra told the Post that “It provides inspiration, and it really does give you locomotion to try to move this forward. So many [of the African American Museum’s supporters] have come to me and said, ‘You’re next.’ It pumps you up.”

Gonzalez asks if that is really the only reason for a Latin Museum. If so, the idea is in trouble. We can start, Gonzalez thinks, with the fact that the experiences of African Americans cannot be compared to those of any other group — especially immigrants and their descendants.

That would include the vast majority of the 56 million people the Census Bureau instructs to identify themselves as “Hispanic” — who can’t all be descended from the estimated 100,000 people who chose to remain in the Southwest at the conclusion of the Mexican War in 1848.

The notion that they constitute an ethno-racial pentagon along with African Americans, Asian Americans, Native Americans and non-Latino whites is a dubious social construct of very recent pedigree. That a museum would help perpetuate this division — literally cement it — is a second reason to oppose it.

Gonzalez continues, “dividing the country along these cleavages — an official policy that began only in the late 1970s and quickly migrated to the academy, the labor market and the culture — has contributed to a degree of social fragmentation that is only now becoming apparent.”

As a Latino-American, agree with Gonzalez assessment. There is no need for a museum for an ethnicity created by 1970s federal bureaucrats. Defenders of immigration make the case that today’s immigrants will assimilate as members of previous surges did — which is what undoubtedly will happen, but only if they are treated as those earlier arrivals were.

That is, as immigrants on their way to being Americans, not as members of a permanent national minority. We don’t need a museum.

What do you all think?

(Fred Mariscal came to Los Angeles from Mexico City in 1992 to study at the University of Southern California and has been in LA ever since. He is a community leader and was a candidate for Los Angeles City Council in District 4. Fred writes Latino Perspective for CityWatch and can be reached at: [email protected])