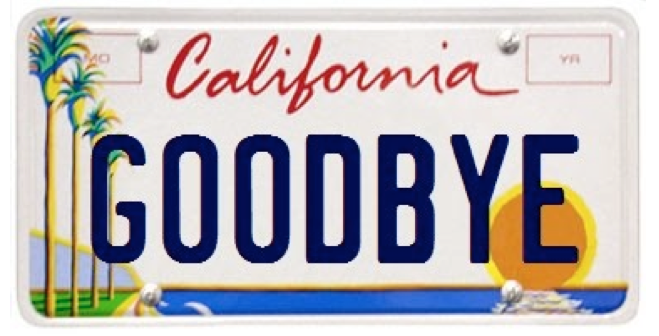 Yet, this notion of California as a land of outsiders is being turned on its head, our state’s dream repackaged — often with the approval of its ruling hegemons — as something more like a medieval city, expelling the poor and the young, while keeping the state’s blessings to the well-educated, well-heeled, and generally older population.

Some boosters of the current order, such Gov. Jerry Brown, contend that the affluent and the educated are still coming, while the less educated and well-heeled, are leaving. They cite this as evidence that the “declinists” are wrong. Yet, the reality remains that California is losing its allure as a place of opportunity for most.

COMING AND GOING--California has been “bleeding” people to other states for more than two decades. Even after the state’s “comeback,” net domestic out-migration since 2010 has exceeded 250,000. Moreover, the latest Internal Revenue Service migration data, for 2013-2014, does not support the view that those who leave are so dominated by the flight of younger and poorer people. Of course, younger people tend to move more than older people, and people seeking better job opportunities are more likely to move than those who have made it. But, according to the IRS, nearly 60,000 more Californians left the state than moved in between 2013 and 2014. In each of the seven income categories and each of the five age categories, the IRS found California lost net domestic migrants.

Nor, viewed over the long term, is California getting “smarter” than its rivals. Since 2000, California’s cache of 25- to 34-year-olds with college, postgraduate and professional degrees grew by 36 percent, below the national average of 42 percent, and Texas’ 47 percent. If we look at the metropolitan regions, the growth of 25- to 34-year-olds with college degrees since 2000 has been more than 1.5 to nearly 3 times as fast in Houston and Austin as in Silicon Valley, Los Angeles, or San Francisco. Even New York, with its high costs, is doing better.

In fact, the only large California metropolitan area which has seen anything like Texas growth has been the most unlikely, the Inland Empire. The coastal areas, so alluring to the media and venture capitalists, are losing out in terms of growing their educated workforces, most likely a product of high housing prices and, outside of the Bay Area, weak high-wage job growth.

The location of migrants tells us something about where the allure of California remains the strongest, and where it has been supplanted. Almost all of the leading states sending net migrants here are also high-tax, high-regulation places that have been losing domestic migrants for years — New York, Illinois, Michigan and New Jersey. In contrast, the net outflow has been largely to lower-cost states, notably Texas, as well as neighboring Western states, all of which have lower housing prices.

And, finally, there is the issue of age. Historically, California has been a youth magnet, but that appeal is fading. In 2014, according to the IRS data, more than two-thirds of the net domestic out-migrants were reported on returns filed by persons aged from 35 to 64. These are the people who are most likely to be in the workforce and be parents.

CLASS AND ETHNIC PATTERNS--Upward mobility has long been a signature of California society. Yet, 22 of the state’s large metro areas have seen a decline in their middle class, according to a recent Pew Research Center study. Los Angeles, in particular, has suffered among the largest hollowing out of the middle-income population in the country. In places like the Bay Area, there’s a growing upper class, while in less glamorous places like Sacramento, it’s the low end that is expanding at the expense of the middle echelons.

The economy, too, has been tending toward ever more bifurcation, with some growth in tech and business services, largely in the Bay Area. Elsewhere, the overwhelming majority of jobs created since 2007 have come from lower-paying professions, such as health and education and hospitality, or, recently, from real estate-related activities. Overall, traditional, higher-paying, blue-collar jobs – such as construction and durable goods manufacturing – have continued to lose ground. Most California metropolitan areas, most notably Los Angeles, lag most key national competitors — including Texas metro areas, Phoenix, Nashville, Tenn., Charlotte, N.C., and Orlando, Fla. — in higher-paid new jobs in business services and finance.

But the biggest losers of egalitarian aspirations have been the constituencies most loudly embraced by the state’s progressive establishment: black and brown Californians. Nowhere is this disparity greater than in home ownership, the signature measure of upward mobility and entrance into the middle class. Overall, Latino homeownership in California is 41.9 percent; nationally, it’s 45 percent, and in Texas it’s 55 percent. Similarly, among African Americans, homeownership is down to 34 percent in California, compared to 41 percent nationally and 40.8 percent in Texas. In Los Angeles, which has the lowest overall homeownership percentage among the nation’s largest metro areas, only 37 percent of Hispanics own their own homes, compared to 50 percent in Dallas-Fort Worth.

CALIFORNIA’S ROAD FORWARD--One popular progressive theory for how to address the economy lies in trying to emulate places like Massachusetts, a state whose per-capita income ranks among the highest in the country. Yet, this approach fails to confront the huge demographic differences between the states.

Let’s start with ethnicity. Eighty percent of Massachusetts’ population is comprised of non-Hispanic whites or Asians, who traditionally have higher incomes, while in California whites and Asians constitute only 52 percent. Some 80 percent of the Boston metropolitan area is non-Hispanic white or Asian, compared to only 46 percent the population in the Los Angeles-Orange County area, and 40 percent in the Inland Empire. California has a poverty rate, adjusted for housing costs, of 23.4 percent, while Massachusetts, with its lower share of more heavily disadvantaged minority populations, registers just 13.8 percent.

California could only resemble Massachusetts if it successfully unloaded much of its disadvantaged minority and working-class population. Although some might celebrate the movement of poorer people out of the state, our poverty rate is unlikely to decrease, since historically disadvantaged ethnicities (African Americans and Hispanics) account for 58 percent of the under-18 population in California, and only 25 percent in Massachusetts.

Simply put, California faces a gargantuan challenge of generating a better standard of living for a huge proportion of its population. To be sure, both the San Francisco and San Jose metropolitan areas can thrive, like Massachusetts, in a highly education-driven economy. But states like California, Texas and Florida are too diverse, in class and race, to follow the “Massachusetts model.” We need good blue-collar and white-collar, middle-income jobs to keep a more diverse, and somewhat less well-educated, population adequately housed and fed.

This should be the primary concern of our state. But the governor and legislators seem more interested today in re-engineering our way of life than improving outcomes. True, if you drive up housing and energy prices, some of the poor will leave, but so, too, will young people, the future middle class. Though our largest coastal metropolitan counties — Los Angeles, Orange, San Diego, Alameda, Contra Costa, San Mateo and San Francisco — have long been younger than the rest of country, soon they will be more gray than the nation.

The demographic future of California seems increasingly at odds with the broad “dream” that Starr and others evoke so powerfully. We are headed ever more toward a state of divided realities, of poorer, downwardly mobile people, largely in the interior and in inner-city Los Angeles or Oakland, and a rapidly aging, wealthier, whiter enclave hugging the coast. For those with the right education, inheritance and a large enough salary, the California dream still shines bright, but for the majority it seems like a dying light.

(Joel Kotkin is executive editor of NewGeography.com. Wendell Cox is principal of Demographia, an international pubilc policy and demographics firm. This piece was was posted first by the LA Daily News and most recently by New Geography.)