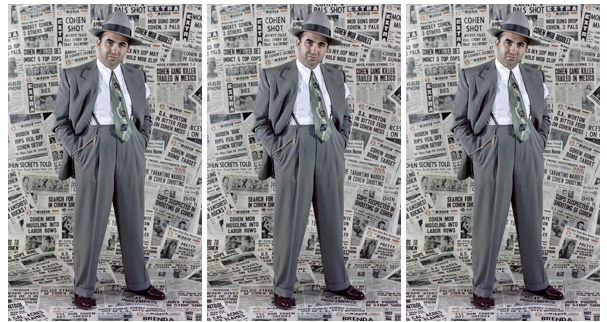 What’s so bad about organized crime? After all, aren’t crime lords known for being great family men, er, I mean “family persons?” Don’t we hold the heads of organized crime in great esteem? Who doesn’t know the name Michael Corleone or John Gotti or Eric Garcetti?

We don’t mean to imply that the more traditional forms of organized crime have left the scene altogether. One always wonders about the large unions, especially in the building trades. Now, we’re not saying. We’re just wondering. One tends to look askance at multi-billion dollar public works projects. That couldn’t be happening here in Los Angeles, could it? No one would ask the voters to blindly give $120 billion for mega-construction projects…would they?

Here’s the crux of Los Angeles City Hall’s organized crime: Joe Blow city councilman is keen to tear down a bunch of rent-controlled units in the Valley and construct some of these small lot subdivision “homes.” One might ask, why tear down poor people’s homes to build these so-called single family homes which are separated by eight (8) inches?

As the Los Angeles Times reported on July 28, 2016, the Feds are looking into a lot of these real estate deals. It’s almost as if the administration at LA City Hall got a heads-up on the cut-offs for reporting transactions to the Feds: the dollar limit to trigger reporting is just above the investment amounts in these fancy condos and “small lot subdivisions” single family homes.

Rather than construct a 26-unit apartment complex where developers looking to hide their money would have to cough up several million dollars above the new federal reporting limit, they can now “invest” in several of these new individual “homes” -- where each one costs well below the reporting limit. We are sure there is no connection here between Don Garcetti’s having already raised all the money he needs for his re-election and these new small lot subdivisions.

Here’s the genius of Los Angeles’ organized crime: It’s been in operation since 2006, the year that Garcetti first became City Council President and Penal Code § 86 criminalized vote trading. But under the City Council’s own “vote trading agreement,” each councilmember purchases the votes of each of the other councilmembers by his/her promise to never vote No on a development project in another councilmember’s district.

We are certain the ghost of Meyer Lansky must be trying to come back from the dead so he can partake in this brilliant con. All a developer has to do to get his construction project approved is be “nice” to one Los Angeles City Councilmember. Wow, in days of yore, the old time mob had to buy off or at least intimidate the majority on a city council. In today’s LA, though, developers have the sweetest deal of all – just be nice to one councilmember and, as if by magic, City Council unanimously approves whatever each developer wants.

All that matters is that the nice city councilmember puts the project on the City Council agenda for it to be unanimously approved. Let’s note that juicy word, unanimously. No matter how crooked a project may be, it is guaranteed unanimous approval.

And the system is fool proof. Under the rigged LA voting trading system, unanimous approval does not even require a single councilmember to vote for the project. The LA City Council has fixed – and we do mean “fixed” – its vote tabulator so that the machine itself automatically votes “Yes,” even if not a single councilmember actually votes!

Tax shelters and money laundering are big business. Billions of dollars are looted each year from foreign governments and of course drug traffickers also need places to wash their loot. So it’s interesting that at the same time demographers are reporting that more Angelenos, especially middle class professionals, are leaving Los Angeles than are choosing to move to LA, the Garcetti Administration is constructing more and more of these condos and tiny houses separated by eight inches. When more people leave a city than move into it, the housing supply increases – even if no one adds a single unit. So why is Garcetti building us into a glut – with prices just below the federal reporting line?

Although Penal Code 86 criminalized the “vote trading agreement” that exists in the Los Angeles City Council, it has operated undisturbed for a decade under the law enforcement and judicial assumption that 10,000 consecutive unanimous votes in a 15-member city council is just a “coincidence.” Now, in our opinion…that’s a well-organized criminal enterprise.