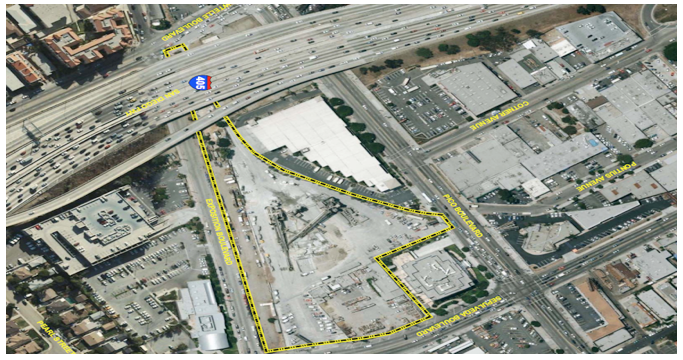 VOX POP … VOICE OF THE PEOPLE--Since 2000, billionaire developer Alan Casden and his representatives have spent a whopping $1,396,660 to curry favor from LA politicians, according city Ethics Commission records. Casden is considered a powerhouse developer in Los Angeles -- at one point, he was looking to buy the Dodgers. Just like other shrewd developers, he knew that a key to success would be spreading around lots of cash at City Hall.

Casden, founder of Beverly Hills-based Casden Properties, and his team have shelled out $55,150 in campaign contributions to LA political candidates, according to the Ethics Commission. Also, since 2000, Casden and crew have spent $1,341,510 on politically connected City Hall lobbyists, who then seek favors from LA politicians and bureaucrats. That’s an eye-popping total of $1,396,660.

One of Casden’s most recent projects is Casden West LA, a controversial mega-project located at Pico and Sepulveda boulevards, where gridlock traffic is infamous. Casden came under intense pressure from community groups to downscale the project, which he ultimately did. But the developer still wanted to build more than 595 residential units on the site, and he needed the L.A. City Council to sign off.

In addition, Casden West LA sits next to the 405 Freeway. USC and UCLA researchers have found that housing within 500 feet of a busy freeway can cause a number of serious health problems for children, pregnant women, senior citizens and the infirm. Such freeway-adjacent housing has come to be known as “Black Lung Lofts.”

Regardless of the traffic gridlock and health hazards, LA politicians approved Casden West LA in 2013, though the development has not yet been built.

That’s how things work in LA City Hall’s broken planning and land-use system. Shell out big cash in campaign contributions and lobbying fees to win over city politicians and bureaucrats, and then expect very profitable favors in return. Since 2000, the real estate industry has contributed at least $6 million to the campaign war chests of LA politicians.

Enough is enough. We need to reform LA’s broken planning and land-use system, which is what the Neighborhood Integrity Initiative will do.

Developers and their politician pals will do anything to defeat our reform movement and continue their wrong-headed policies. But together, we, the citizens, can create the change that LA needs!

(Patrick Range McDonald writes for the Coalition to Preserve LA.) Edited for CityWatch by Linda Abrams.