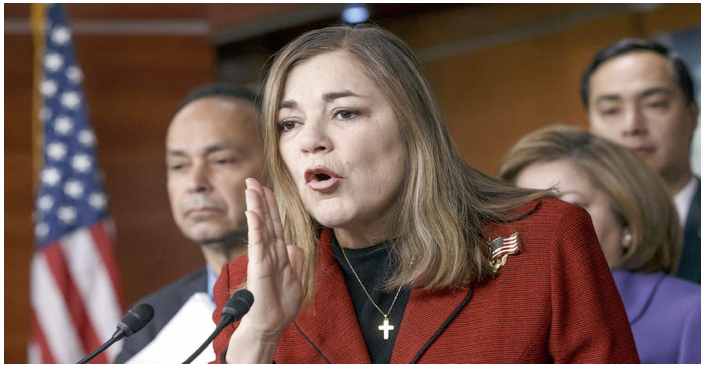 CONNECTING CALIFORNIA--Has Loretta Sanchez given up?

Given how much ground the U.S. Senate candidate has to make up on Attorney General Kamala Harris, what on earth was Rep. Sanchez doing visiting Spain on a recent trade mission?

There will be plenty of time to visit that fascinating (and even more stalemated than the U.S.) country after the November elections. Congresswoman, you’d be very welcome to join me at the 2016 Global Forum on Modern Direct Democracy in San Sebastian, November 16-19.

But if you’re running for Senate from 30 points down, it’d be good to spend every possible minute in California.

Just compare Sanchez’s profile with that of Lt.. Gov Gavin Newsom, whose gubernatorial election isn’t until 2018. Newsom is making news almost every day. Part of that is because he’s involved in two initiative campaigns, on guns and marijuana. Of course, come to think of it, that’s a strategy that Sanchez, who needs to be better known, should have adopted herself.

The timing of the Spain trip was awful. With the presidential nominees decided, these weeks before the conventions offered an opportunity for Sanchez to get more media coverage.

Tt this point, it would be nice just to be present and show any sign of life. The case for Sanchez was supposed to be that she’s a fighter. California, with only 2 senators to represent 39 million, needs a non-stop fighter, trying to achieve some balance in a U.S. senate stacked against the Golden State. Spending critical campaign time in Spain raises awful questions: does Sanchez understand what the job requires? And does she really want it?

(Joe Mathews writes the Connecting California column for Zócalo Public Square. This was originally posted at Fox and Hounds.)