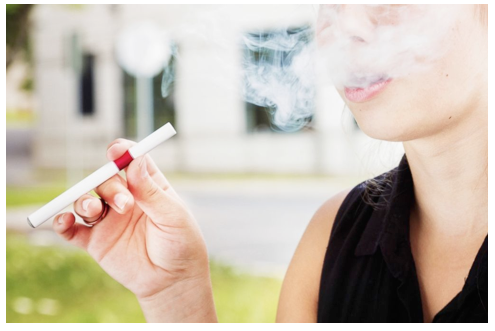 THIS IS WHAT I KNOW-The State Assembly has passed SB7, which raises the smoking age to 21, and SB5 which regulates e-cigarettes as tobacco products. Both bills, which passed on February 25, are expected to pass in the State Senate before reaching Gov. Jerry Brown’s desk.

Attempts by public health advocates to push past the tobacco industry’s clout in the state capitol have been a mostly uphill battle. These two bills aim at curbing the tobacco usage in teens which can lead to a lifelong addiction.

Public service announcements from the California Dept. of Public Health in the past months have publicized the tobacco industry’s attempts to attract younger smokers, specifically through e-cigarettes, which have not faced the same marketing and other restrictions faced in the case of traditional cigarettes.

The popularity of “vaping” or e-cigarettes has been on the rise with teens. The e-juice used in electronic cigarettes is available in dessert and cereal flavors that might entice younger users. The marketers of e-cigarettes and vaping products have also had leeway to use marketing techniques such as concert sponsorship or cartoon mascots, something that is restricted in the marketing of traditional cigarettes.

By raising the age at which consumers may purchase cigarettes to 21, public health officials hope to discourage teen smoking. Assembly Member Jim Wood (D-Healdsburg), co-author of the bill, notes, “Adolescent brains are uniquely vulnerable to the effects of nicotine and nicotine addiction and 18-year-olds are much more likely to buy tobacco products for their 14 to 16-year-old friends.”

Industry groups and e-cigarette companies haven’t been too pleased with the legislative efforts, arguing that e-cigarettes are effective tools to quit smoking and differ from traditional cigarettes in that they don’t contain tobacco.

However, e-cigarettes not only contain addictive nicotine but also flavoring agents and other chemicals, delivered in an aerosol, fine particles suspended in a gas, which may cause lung damage and other health problems. Additionally, emergency room visits of children under the age of five who have been poisoned through accidental ingestion of e-juice have been on the rise.

Despite opposition on the local to national level, tobacco legislation has been making some progress. Both New York City and Hawaii have raised the smoking age to 21 and San Francisco supervisors have just voted to do the same. This week, vaping has been banned on all commercial flights in the U.S.

Campaign contributions have apparently not gone unnoticed. Democrat assembly members who voted against or abstained on the tobacco measures took in $26,000 or more from the tobacco conglomerates and last November and December, the companies gave Assembly Member Adam Gray (D-Merced) $35,000. Gray, who chairs the Government Organization Committee voted against raising the smoking age. Republican assembly members have also been resistant to legislation.

The November ballot will include a measure to levy a statewide $2 per pack tax. Assembly members have also passed a measure that will pave the way for cities and counties to place similar measures on the ballot, despite Republican efforts to require a two-thirds vote as a tax issue.

Smoking, whether through traditional cigarettes or vaping, poses substantial health risks as well costing the state billions of dollars. If an increase in the smoking age, sales tax, or other measures can make any difference, we hope legislators can look past filling their campaign coffers and support these measures.

(Beth Cone Kramer is a Los Angeles writer. She writes ‘This is What I Know’ for CityWatch.) Edited for CityWatch by Linda Abrams.