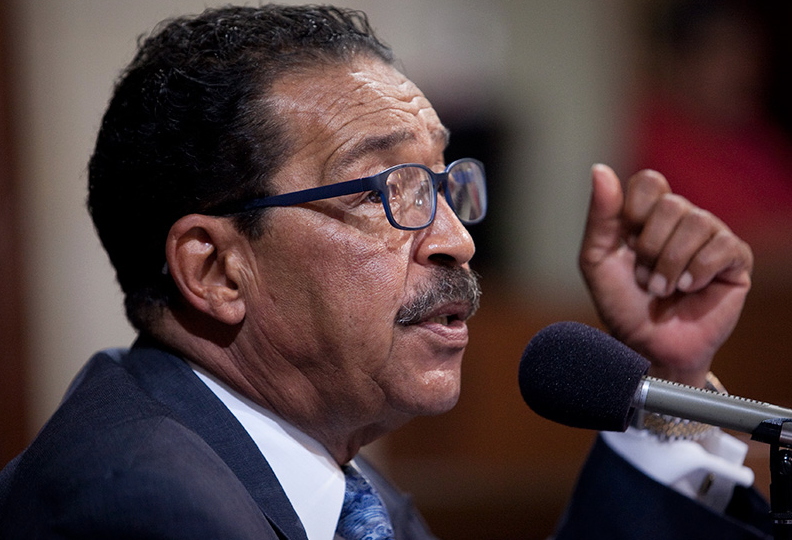 VOICES--It’s good to be the king. Ask Herb Wesson. Since his recent self-administered anointment, life running the City Council has been infinitely more enjoyable. Particularly with respect to City Council Rule 93, which Mr. Wesson doesn’t like but which nonetheless requires that City Council meetings be televised, gavel-to-gavel, unedited and with cameras operated “so that they are focused only on the officially recognized speaker.”

Mr. Wesson likes focusing only on the officially recognized speaker…just not when that speaker happens to be a member of the public trying to address his or her elected representatives. A lesser municipal leader might feel compelled to obey Rule 93, simply because that kind of rule of law is what holds together our society, but not Mr. Wesson.

He took the bull by the horns and personally directed the camera staff to show speaking members of the public only in a face-obscuring wide shot. As for his own regal visage…well, the Council President is always ready for his close-up.

Unfortunately for Mr. Wesson, that camera doesn't belong to him, and, given the numerous admonishments he's received over the past six months with respect to his flouting of Rule 93, one might even say that he is pushing his luck. 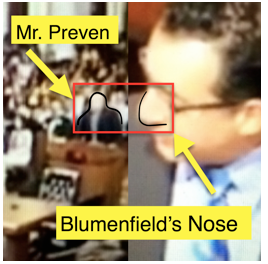 City council meetings are telecast for one reason--to afford all Angelenos (regardless of work schedule, car ownership, geographic proximity to City Hall, ability to pay for daycare, or any other factor) the opportunity to observe those meetings and so have a clean shot at being a fully-informed citizen.

It is not for me or Mr. Wesson or any individual to decide which aspects of the meeting viewers should see or whether certain participants of the meeting should be pictured in close-up, or from a face-obscuring distance, or at a certain audio volume or  etc. It's self-evident, and required by Rule 93, that members of the public watching the telecast should be given a straightforward presentation of the meeting, whereby all participants are presented at the same volume and with equitable framing.

Channel 35 is taxpayer funded so it's the public who owns the cameras and microphones and gavel with which Mr. Wesson presides over City Council meetings.

And it's not acceptable for them to be given a telecast in which those of their fellow Angelenos who made the considerable effort to contribute a public comment in person are barely visible, while the members of the Council are without exception presented in full close-up-- a fact that has not gone unnoticed by certain members of the council currently running for office. It's good to be the king.

Photo: As a result of Mr. Wesson’s camera policy, the author (making a public comment above left) has been reduced to the size of Councilmember Blumenfield’s nose.