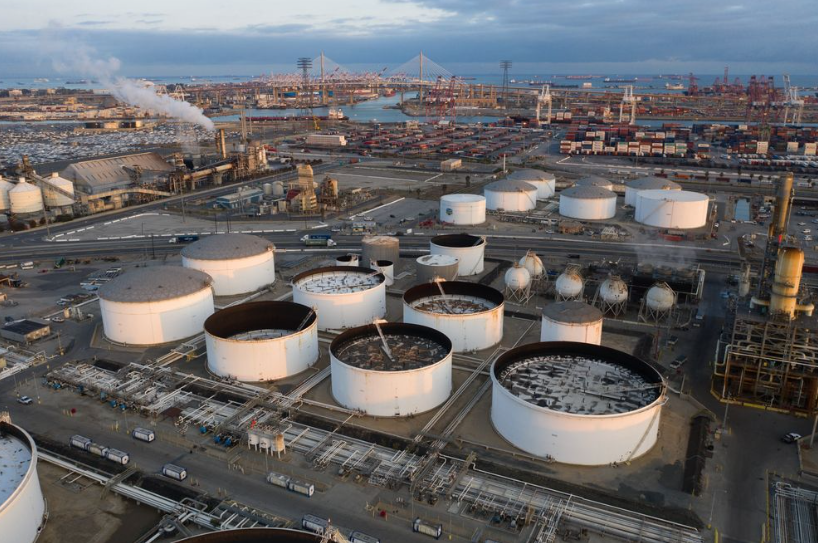 ENVIRONMENT - At least 162 oil refineries and other petroleum-holding facilities in California have likely stored or used materials containing per- and polyfluoroalkyl substances (PFAS), a class of synthetic chemicals that persist indefinitely in the environment and are linked to severe illnesses, according to state water regulators.

The California State Water Resources Control Board sent a letter to facility operators in March ordering them to submit work plans evaluating the presence of the toxic compounds at their facilities, including areas where PFAS are stored or disposed of and the potential ways the chemicals could have contaminated soil, surface water, storm water and groundwater as part of a multiyear phased investigation into PFAS contamination of drinking water.

Capital & Main obtained a response from the Western States Petroleum Association, which represents some of the largest oil companies in the world, asking for a 90-day extension, which it argued was necessary because of limited company resources and difficulties presented by COVID-19 travel restrictions. The water board granted the extension, as it did similar requests from water treatment facilities and metal finishing facilities.

PFAS in the oil industry were a subject of a recent undercover investigation by Greenpeace, which found that Exxon conducted a clandestine campaign this year to oppose stronger federal regulations of PFAS. According to a senior Exxon lobbyist, the company lobbied through trade associations to hide its fingerprints and was able to delay tighter PFAS regulations.

Exxon is a member of WSPA. But Christine Luther Zimmerman, the senior regulatory affairs manager for the association, distanced the group from Exxon’s federal lobbying.

“From a WSPA perspective, we take compliance with respect to PFAS and any constituent or concern very seriously, and we’re working hard to comply with the [water board’s] order and to advise members to comply with the order,” Zimmerman told Capital & Main. “There’s no desire to create a process that’s anything other than the fastest it can be.”

Studies show that high levels of exposure to certain PFAS compounds can hurt newborns and their mothers; induce thyroid, kidneys and testicular cancer; damage liver tissue; and harm the immune system, among other effects.

Public awareness of so-called forever chemicals continues to grow. Engineered by chemical companies and initially valued for their ability to resist water, oil, stains and heat, PFAS include more than 4,700 variants of fluorinated chemical compounds. They’ve been found in hundreds of industrial and consumer products from microwave popcorn bags to bicycle lubricants and guitar strings.

Studies show that high levels of exposure to certain PFAS compounds can hurt newborns and their mothers; induce thyroid, kidneys and testicular cancer; damage liver tissue; and harm the immune system, among other effects. PFAS have a half-life in the human body that is typically in the range of two to five years.

For decades, the chemical industry primarily manufactured two PFAS compounds: PFOA (perfluorooctanoate) and PFOS (perfluorooctane sulfonate). As their toxic and lingering effects on humans became apparent, companies began to phase out their use in the early 2000s. But because they’re so resistant to degradation, PFOA and PFOS can still be found in soil, groundwater and air across the U.S.

More recently, the chemical industry promoted a newer generation of PFAS it claimed were less toxic, though emerging research indicates these compounds, often found in drinking water, are similarly harmful.

In California, water regulators began sending orders to test for PFAS in public water systems, landfills and airports in early 2019. The chemicals were found in at least 146 public water systems, according to Cal Matters, though most public drinking water wells in the state have yet to be tested.

In 2011, the EPA approved the use of PFAS for oil drilling and fracking. The chemicals were used in drilling operations in at least 1,200 wells in Texas, Arkansas, Louisiana, Oklahoma, New Mexico and Wyoming.

Last year, the state water board reduced the level of PFAS that triggers a response by local water systems — such as health advisories and possible interruptions to water service — to 10 parts per trillion (ppt) for PFOA and 40 ppt for PFOS. The federal EPA recently announced it’s considering limits for all PFAS compounds in drinking water.

At petroleum facilities, layers of PFAS-treated material are used in storage tanks to reduce evaporation of hydrocarbons. The compounds are also found in firefighting foam stored at refineries, which the industry says is necessary to fight highly combustible fires. The U.S. Department of Defense has used similar foam at nearly 700 domestic military installations; costs for investigation and cleanup are estimated in the billions.

In 2011, the EPA also approved the use of PFAS for oil drilling and fracking. The chemicals were used in drilling operations in at least 1,200 wells in Texas, Arkansas, Louisiana, Oklahoma, New Mexico and Wyoming.

The 162 California oil facilities suspected of storing or using PFAS are located throughout the state. Based on their respective regional water boards, there are six in the North Coast region; 37 in the San Francisco region; eight in the Central Coast; 47 in Los Angeles; 34 in the Central Valley; 19 in Santa Ana; and 10 in San Diego, with a few others in the Lahontan and Colorado River regions.

Some of the ways PFAS may have entered into surrounding soil or water tables include low volume releases during typical handling of equipment, leaks from piping or periodic high-volume use of foam to suppress fires.

The order included 31 PFAS compounds the water board was interested in studying.

Though links between illness and high levels of exposure — such as PFAS-contaminated water near a chemical plant — are established, less is known about exposure in the general population.

“It’s fair to say it’s mostly guess work for the general population what relative sources or contributions are” for PFAS in the body, according to Scott Bartell, an epidemiologist at the University of California, Irvine, who researches exposure to PFAS.

Though he’s studied the chemicals for 15 years, Bartell hadn’t heard of PFAS at oil facilities — an indication of how much there still is to learn, he said.

“It never ceases to amaze me that the more we learn about this class of chemicals, the more we find out how widespread their use was and still is in some settings.”

(Alex Cantu is a writer for Capital and Main where this story was first published.)