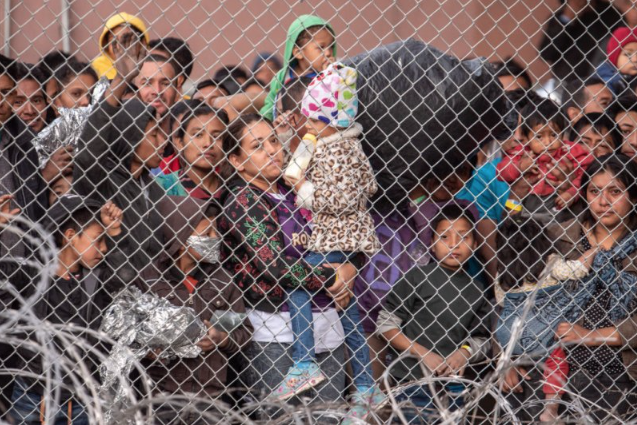 IMMIGRATION POLITICS-Last month, attorneys from the Department of Justice joined with counsel for the private prison corporation, the GEO Group, to present Oral Arguments supporting private immigration detention in California.

Speaking before judges of the Ninth Circuit Court of Appeals, the attorneys appealed an earlier U.S. District Court ruling that largely upheld a 2019 California law mandating the phase-out of private immigration detention facilities in the state.  Essentially, the government and GEO Group attorneys made the case to have the California ban repealed.

The Biden administration’s support of this appeal constitutes a serious mistake. It’s not just a matter of the fact that this legal position contradicts Biden’s expressed Commitments to end private prisons and detention facilities; it also continues support for a dark and destructive side of our immigration policies.

Private immigration detention facilities have been cited by Human Rights Groups and the Inspector General for Homeland Security for a wide range of abuses, from violations of health and environmental standards, to poor food, inadequate medical care, sexual abuse, and other inhumane conditions.  Moreover, during the course of the pandemic, ICE’s mishandled response to the health crisis made these facilities Dangerous Incubators of the virus, leading to rates of infection five times that of prisons and 20 times that of the general population.

Court orders ultimately led to thousands of detainees being freed because of these dangerous conditions, but because of contracts that mandated minimum numbers of detainees, companies like GEO continued to get paid for empty beds.  And, as the rates of infection continue to decline, the numbers of people subjected to detention are going up again.

But it’s not only the abuses associated with detention that are deeply troubling about the administration’s stance.  There is also the issue of criminalizing migrants:  how the administration is helping to reinforce an extensive system of institutions, policies, attitudes, and values that cast migrants as criminals and diminish the nation’s capacity to absorb migrants in humane and rational ways.  In his book, The Deportation Machine:  America’s Long History of Expelling Immigrants, historian Adam Goodman documented how, in response to both private and public interests, this system developed over time, becoming increasingly rigid as the criminal penalties for crossing borders increased.

The damage wrought by this process of criminalization was particularly evident during the Trump administration, when the “state-sponsored violence” of family separation inflicted incalculable harm on thousands of children and adults.  It’s been evident, too, in the desperate measures migrants have taken to avoid highly militarized sectors of the borders and to cross over in remote, dangerous areas, leading to the deaths of many people fleeing violence and destitution at home.

Considering the extensive history behind this increasing criminalization, it’s distressing, but not entirely surprising, that the Biden administration took this stance in supporting private immigration detention.  The growing rigidity and restrictiveness of American immigration policy has a long bipartisan history.

But it’s not too late for this administration to walk back its support for detention and to take an alternative path.  It can, if prodded forcefully and consistently enough, finally acknowledge that Alternatives To Detention (community support programs, case management) protect human rights and dignity – and have been proven more effective and less costly than detention in helping ensure migrants’ compliance with immigration requirements and laws when in the U.S.

The administration can also assume a more assertive educational role in countering the language of fear that has been used for a long time to characterize and dehumanize immigrants, and it can be far more forceful in showing Factually how and why the country needs and Benefits from immigration.  Saying that, “we’re a nation of immigrants,” simply won’t suffice.

Given the climate of fear churned up by the Trump administration, it will be challenging to move the nation forward on an alternative path.  But countless rights activists and organizations have already done much to pave the way:  reframing narratives about the value of immigration – and affirming human rights and human dignity.  If he chooses to take the challenging, but more enlightened, path, Mr. Biden and his administration would hardly be going it alone.