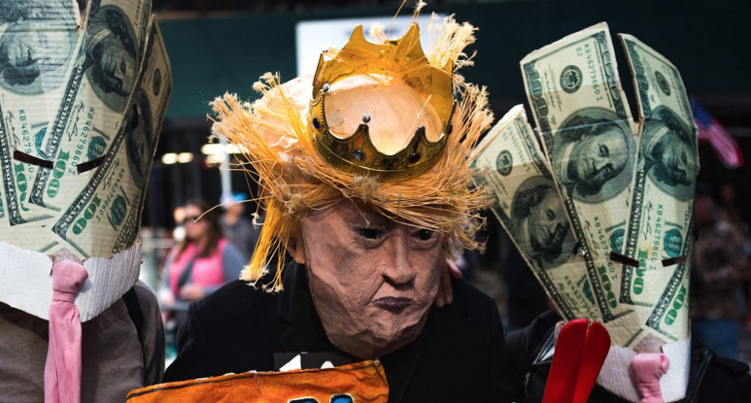 ELECTION TAMPERING-Donald Trump’s telephone conversation with Georgia’s secretary of state will go down in history as a classic case of election interference, totally in keeping with Trump’s disdain for democratic processes and perfect willingness to use any means, legal or otherwise, to get his way.

James Comey was the first to warn us that Trump behaves like a Mafia capo, and Trump’s latest foray in Georgia is precisely that: a gang leader’s demand to “give me what I want or face the consequences.”

On the surface, the conversation with Brad Raffensperger is about voter fraud: “It’s just not possible to have lost Georgia,” Trump says time and again. . . . there’s nothing wrong with saying that, you know, that you’ve recalculated.”

Then comes the veiled threat, and the rage: “I’m notifying you that you’re letting it happen. So look. All I want to do is this. I just want to find 11,780 votes, which is one more than we have because we won the state. . . . You know, and I watched you this morning, and you said, well, there was no criminality. But I mean all of this stuff is very dangerous stuff. When you talk about no criminality, I think it’s very dangerous for you to say that. . . . [Trump tries to pressure Raffensperger to meet with lawyers immediately and go over Trump’s claims.] I think we should come to a resolution of this before the election. Otherwise you’re going to have people just not voting. They don’t want to vote. They hate the state, they hate the governor, and they hate the secretary of state. I will tell you that right now.”

As outrageous as Trump’s demands are, they have a wider significance.

First, attacking the vote outcome is really about Trump’s future, not his present. He is determined to hold onto his base, and wild but consistent assaults on the voting system ensure that he will.

Second, we are reminded -- though only Trump supporters need reminding -- that this president is mentally and intellectually unfit to hold office. His fear of losing is palpable; his obsession with winning is deranged; his accusations are rambling and at times incoherent.

Third, we witness Trump’s complete disregard for democratic processes. He cannot accept any election result that goes against him, and he therefore demands that his representatives be allowed access to any data they want so as to find evidence of his actual victory. Election laws, court decisions, and state investigations, all cited by the Georgia secretary of state in defense of the election result, mean nothing to Trump.

Lastly, Trump is clearly in violation of state and federal law, and the Constitution. He has tampered with an election and sought to overturn the popular vote.

But more than that, he has committed sedition. In urging the secretary of state to “find 11,780 votes” or face a “big risk,” Trump has taken his “voter fraud” mantra to a dangerous new level: undermining democracy and promoting autocracy.

Once again Trump has jeopardized national security. It must be the last.

(Mel Gurtov is syndicated by PeaceVoice where this piece was posted. He is Professor Emeritus of Political Science at Portland State University and blogs at In the Human Interest.) Prepped for CityWatch by Linda Abrams.