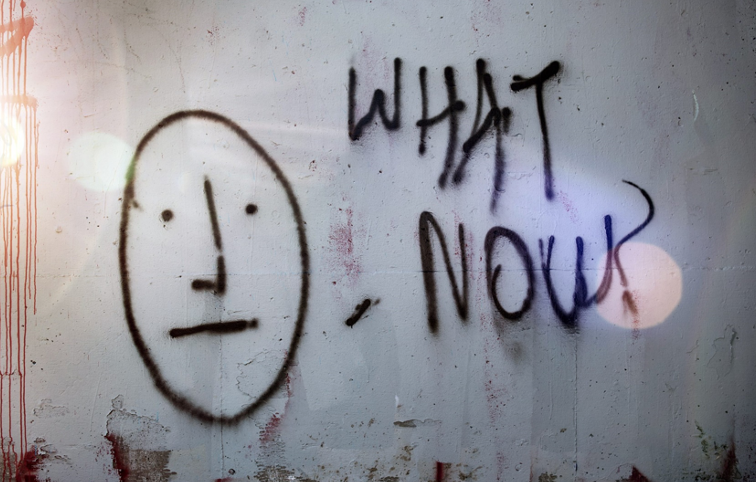 Joe Biden, in blatant defiance of the wishes of Donald Trump and the Republican Party, has won the vote and claimed the presidency. He will now, as he told the nation in his acceptance speech, begin attempting to “restore the soul of America” and “marshal the forces of decency,” which sounds great but means virtually nothing unless the words are linked to a clear and courageous agenda.

The essence of the Biden agenda, as presented so far, seems to be pulling the good old USA back into what we never were: one united country, free of racism, hatred, fear of one another. And to cooperate with the Republicans.

“And I believe that this is part of the mandate from the American people. They want us to cooperate. That’s the choice I’ll make. And I call on the Congress — Democrats and Republicans alike — to make that choice with me.”

There’s something about this language that’s truly frightening, kind of like the word “bipartisan,” which shows up in the media as a decent alternative — a counterforce — to partisanship, which is, by implication, a small and selfish attitude compared to the largesse of cooperation across the aisle. In the real world, however, bipartisanship is often a force that shatters actual values and allows politicians on both sides of the aisle to pursue something else: the “interests” of their donors.

I believe Biden’s actual mandate from the American people — at least the 77 million-plus who voted for him — is to undo Trumpica and pursue a deeply principled agenda.

The one specific agenda item Biden addressed in his acceptance speech, complete with a plan of action, was getting COVID-19 under control:

On Monday, I will name a group of leading scientists and experts as transition advisers to help take the Biden-Harris COVID plan and convert it into an action blueprint that starts on January 20, 2021. That plan will be built on a bedrock of science. It will be constructed out of compassion, empathy and concern. I will spare no effort — or commitment — to turn this pandemic around.

I don’t think too many people stand opposed to this or would demand a more bipartisan approach to COVID, e.g., telling Americans to wear masks some of the time when out in public and making sure Mike Pence, chairman of the Trump administration pandemic task force, is allowed to review and edit the science-based action blueprint.

Biden’s actual mandate begins with the fact that most of the people who voted for him were primarily voting not for him but against Donald Trump. This is because Trump is the only candidate of the two who ran on an actual belief-based agenda: a weird mixture of narcissism, white supremacy, corporate interests and God knows what. This agenda was rejected. The people energizing the Biden campaign were the same people who have taken to the streets throughout 2020, demanding justice, sanity, and a dismantling — at last — of the country’s racist infrastructure.

Yes, there’s powerful opposition to this. The Republicans want to keep the racism but dismantle democracy itself, and in the process make sure Trump remains in the White House. This is all the more reason why Biden and the Democrats should put principles first and rally the nation around a serious vision: an agenda not simply to “restore the soul of America” but to expand that soul, make this country a true global leader as Planet Earth faces its treacherous future.

The vision the Democrats should embrace includes eco-sanity and development of the Green New Deal. It includes Medicare for All. It includes a dismantling of the horrific prison-industrial complex and not so much a defunding of the police as a re-envisioning of what social order actually means and diverting funding away from hair-trigger, armed policing and a system based on punishment to one based on healing. The vision would also include compassion at the border rather than cruelty and absolutely no more separation of parents and children.

And the vision would include demilitarization: a slashing of the trillion-dollar-plus annual military budget; an end to the country’s endless wars; nuclear disarmament and an embrace on the U.N. Treaty on the Prohibition of Nuclear Weapons, leading the way for other NATO nations to embrace it as well and begin a true global process of disarmament.

People all over this pandemic-infested, war-torn and poverty-stricken world were shocked by the brutality and racism of the Trump administration, and are anxiously wondering whether Biden’s presidency will open the door to the kind of international cooperation that we need to confront the serious problems facing humanity in this century.

As I write these words, part of me wonders whether bringing up such matters shouldn’t wait until Biden’s presidency survives the legal and political games Trump and the Republicans intend to play over the next two months to steal back their mandate. But these are not partisan matters. They won’t go away even if Trump also refuses to go away.

(Robert Koehler ([email protected]), is provided to CityWatch  by PeaceVoice, is a Chicago award-winning journalist and editor. He is the author of Courage Grows Strong at the Wound.)