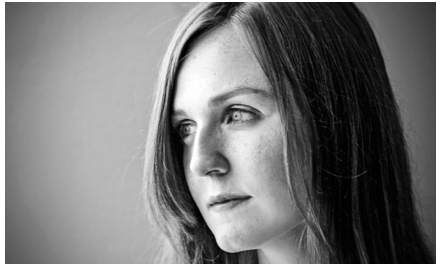 FIRST PERSON REPORT-My parents love true crime shows. They love Dateline, 20/20, you name it. Lester Holt and Keith Morrison are like family friends at this point. It’s been this way since I was in high school, and I remember my sister and I finding it funny how much these morbid shows entertained our parents until we got hooked on the stories too. But there was always a running commentary from our parents.

Mmmmm, see, that’s what she gets for being out that late.

Mmmmhmm, see, she drank so much she passed out, of COURSE something was going to happen to her.

She only knew this guy for a month before going to his house? Pffft. No wonder she got murdered.

She was stringing him along. It’s her fault.

And when the victim was a man, nothing.

This didn’t surprise me. I love my parents and they try to be open minded, but misogyny has always been a presence in our household. It’s a kind of misogyny that is watered down and isn’t black and white, but it’s misogyny nonetheless. For example, they believe women can be smart and go to college and have great careers, but when she’s 40 and doesn’t have kids yet, they both go hmmmmmm. And I can go out with my friends and get home at 2 a.m., and they’re cool with it because even though I’m under their roof they know I’m a young woman in her 20s and it’s chill, but they’ll talk trash for hours over a woman they know who has (gasp) more than one sex partner in a one year period. And if any of the women in the house ever get into an argument with my father (over, mind you, the smallest thing), his go-to is always, “Calm down, breathe, you’re hysterical” -- even though he’s the one that has to sit down when he gets mad because of his sky-high blood pressure.

This is a hard topic to write about. No one wants to air out their parents’ flaws like that. But it’s necessary to explain how these small displays of sexism informed the comments they made about those women who were murdered and often raped. And it informed what happened when I was assaulted, which is that I didn’t tell them a thing other than “he came on to me so we don’t hang out anymore.” They don’t know any of the details and they don’t know how badly it impacted me. They don’t even know I went to therapy for a whole year because of it. I didn’t tell them as a mode of self-preservation to not be hurt further, because I knew what would be in their heads.

How much did you drink? Why did you go out with just those two guys? Oh sweetie, boys never want to be just friends with you. Oh well, he didn’t rape you so I don’t see what you’re so upset about. You need to let it go. Calm down. Breathe. You’re hysterical.

So yeah, no thanks.

After years of seeing how my parents talked about victims of assault, rape, murder, kidnapping, you name it, I knew that I was better off not sharing my pain with them. And it’s not like I died, and I feel better now, but do I wish I could have cried freely in my room instead of hidden in my car? Do I wish I didn’t hear my own voice in my head asking those questions because I’d been trained to do that from years of listening to my parents ask them? Do I wish I could get a hug on St. Patrick’s Day when I feel scared and alone instead of just escaping as far from my home as possible so that they don’t notice what my face looks like on that day? Of course I do.

Stories of sexual assault are all over the news now, and your kids are listening to how you respond to them. They’re internalizing everything you say, from the good when you say, “that scumbag deserves to go to prison,” to the bad when you ask, “Why didn’t she come forward sooner? She just wants money. Why did she take the role anyway? She’s ruining his career. Why was she alone with him? Oh, he’s a man and he says he got assaulted? Why didn’t he fight him?”

The highest risk years for rape and sexual assault are ages 12–34: girls ages 16–19 are 4 times more likely to be victims of assault than the entire general population, and about 16% of boys are sexually abused before they’re 18. Over 1 in 5 transgender, genderqueer, or gender nonconforming young adults are sexually assaulted as college students.  These are young people who more than likely still live at home, and who are looking to their parents for guidance. Even if you’re not saying it directly to your kid, or about your kid, trust me, they are listening. We all suffer from moments where we wish we could be better, when we notice subtle hints of internalized prejudice which we’ve gotten from listening to our parents, to our grandparents, to the media, to powerful people. But we can put a stop to it, and help our kids feel safe.

Instead of questioning the victims, question why you feel the need to do so. Talk to your kids and teens about assault in an open way so that their only source isn’t TMZ. Tell them that your love and support will not go away if anything ever happens to them. Show them that you will be there in case they are ever hurt, in case they ever need to be held while they cry.

(Ellie Guzman has been a Medium member since September 2017. Lover of writing, comedy, tequila, and dogs. PA at animation studio. Views my own. www.ellieguzman.com.) Edited for CityWatch by Linda Abrams.