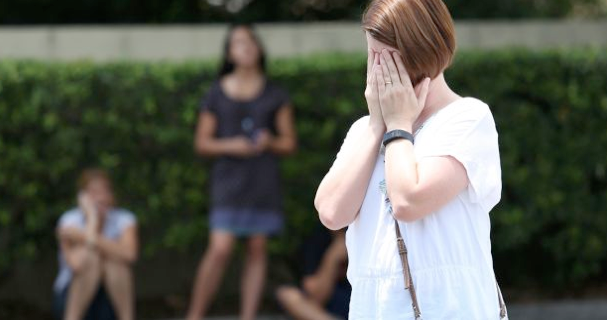 GUEST WORDS--The homophobic and transphobic carnage in Orlando was a ‘plane crash’, with the blood and corpses of LGBTQ people splattered across the headlines. However, LGBTQ people are dying of hate, isolation, exclusion, and violence daily, in ‘car crashes’ that do not catch the public eye. Gay children are being bullied to death in our schools, trans women beaten to death on our streets, and the public does not bat an eye. After the Pulse nightclub massacre, there will be the customary vigils, speeches, and rainbow processions, vows of solidarity, and then the predictable return to business as usual.

My heart is exploding with love and grief for those who have died and are dying, and it is also burning with anger at those who perpetrate, encourage, and enable these atrocities. I am left wondering, amid all the prayers and mourning, wherein lies the responsibility and who is to blame?

I blame Ted Cruz, Pat McCrory, and every single politician in America and around the world who has promoted fear and hatred against the LGBTQ community in attempt to garner more votes.

I blame all those legislators who have devoted countless time and resources to concocting homophobic and transphobic laws, while simultaneously thwarting legislative action aimed at protecting the LGBTQ community.

I blame every religious leader who has encouraged his faithful to be intolerant towards LGBTQ people and urged them to fight against our basic rights and dignities as human beings.

I blame every person who feels that their religion entitles them to be biased against LGBTQ people and to exclude us.

I blame every parent who has victimized and bullied transgender children in schools by attempting to deny transgender students their right to access facilities matching their authentic gender identity.

I blame everyone who has threatened transgender people with violence and murder simply for using facilities that match our authentic gender identity.

I blame all those who seek to erase LGBTQ people because our existence makes them uncomfortable.

I blame all those who bully, intimidate, or harass LGBTQ people, and those adults who turn the other way when LGBTQ children are being mistreated.

I blame all those who think it is acceptable to mock and ridicule LGBTQ people, and those who dismiss attempts to end this bullying as ‘political correctness’.

I blame law enforcement in America and around the world that erases LGBTQ people and does not take action to protect us, and in fact is often the worst perpetrator of abuse and violence against us.

I blame every court, judge, and jury that has acquitted or given a token sentence to perpetrators of hate crimes against us, because of the ‘gay panic’ defense or simply because in their eyes our existence is worthy of violence.

I blame hate groups and terror groups like the American Family Association, the Ku Klux Klan, and ISIS.

I blame all those who have amicable dealings with regimes under which being LGBTQ is considered an offense punishable by death.

I blame all those who stand in silence as LGBTQ people are attacked, abused, murdered, and denied our human rights, because they do not think it is their problem or because they are embarrassed to speak up for us.

All of them have blood on their hands, not just in Orlando now, but everywhere every day. Scores of our people were murdered in cold blood in the worst mass shooting in our nation’s history, but this is just the tip of the iceberg. We are assaulted, raped, and murdered around the world with impunity. Our children are thrown out of their homes and disowned by their families simply for being themselves. Surely, our lives matter enough that those who are destroying us should be named and held accountable. Please spare us your speeches, your candles, and your prayers, and give us our right to breathe. And please do not drown out our right to love and exist authentically with hate.

(Mischa Haider is a trans researcher, mother, writer, and activist. This perspective was posted earlier at Huff Post.)