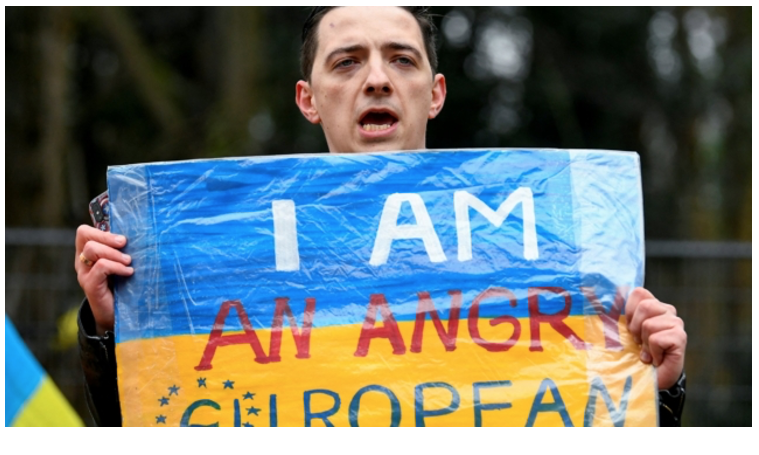 GUEST COMMENTARY - In his book The Division of Light and Power, Dennis Kucinich makes the point that sometimes battles are won just by showing your face.

After he was elected Mayor of Cleveland but before he assumed office, he heard about a meeting where his political opponents were going to sell Muni Light, the city-owned public utility. The sale would greatly benefit the purchaser but there would be terrible consequences to the people of Cleveland, not the least of which would be the exponential increase of rates.

Kucinich didn’t want a fight but he believed his obligation as mayor-elect was to represent the electorate so he showed up. And his presence so embarrassed those present that they removed the vote to sell from the agenda.

Even when your president or your pastor or the newspapers say one thing but you believe they are wrong, chances are you are right. Money buys a lot of things in our lives, but you and you alone make the final decision on how you act.

Sometimes it takes the form of a protest outside City Hall or even being dragged away from a sit-in.

But if you have a moment in the next few days, please take the time to call your representatives at all levels of government and tell them that you are not going to tolerate war no more.

That those who govern the United States do not have the moral authority to commit us to another travesty of a war whereby the American empire ruins the lives of hundreds of thousands and the economic security of hundreds of millions in a dick game that can have no winners.

That taking the same approach again and again in Vietnam, in Afghanistan, in Iraq and all the “minor” incursions by the U.S. military in-between – to resounding failure – is the very definition of insanity.

That the cost of a war, rising gas prices, hyper-inflation, broken supply chains, expense of military operations, refugees will impact all countries’ economies and the ability of the countries to repay debts owed or purchase American goods.

That war is not the answer and young men should not die.

That we don’t want monies destined for state and city programs to be reallocated to sending more of our youth to die in yet another endless war.

That our taxes are better used in providing food and shelter to those at home, for education and healthcare, and for funding diplomatic resolutions to Yemen and Ukraine.

And that they need to stand firm against the blandishments of the armament industries, the Pentagon and their legions of lobbyists.

That they need to keep the trust we have in them by not being deflected by the machinations of the forces of anarchy and division let loose by the former occupant of the White House and the current occupant of the Kremlin.

That they need to demand our country wage peace, not war.

And you and I, all of us must keep the faith, stop listening to unfiltered talking heads and trust our own souls, raise our voices, share our views and keep on calling out the warmongers among us.

Thousands of Russians are standing up. Thousands of others around the world have joined them. 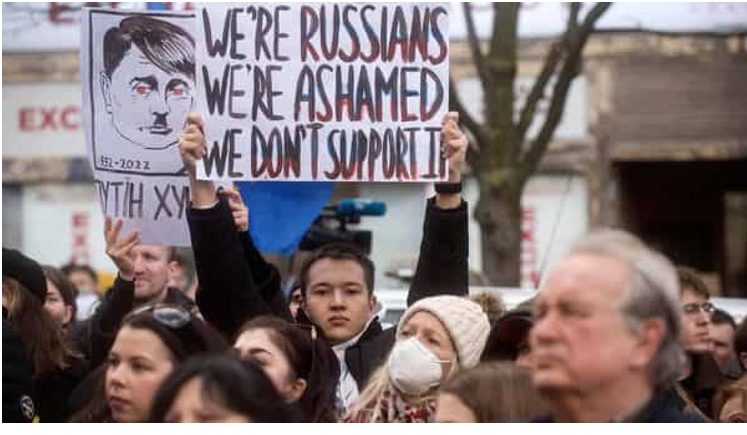 Biden chose de-escalation when Putin upped the nuclear ante. That is showing up.

Making sure our elected officials understand and commit to we-the-people’s will in the face of donations from the military-industrial complex, in the face of the Pentagon-promised jobs in the district will take effort, lots of effort.

But if we keep showing up, and showing up, we can create the positive change we want. The will of the people; the power of democracy.