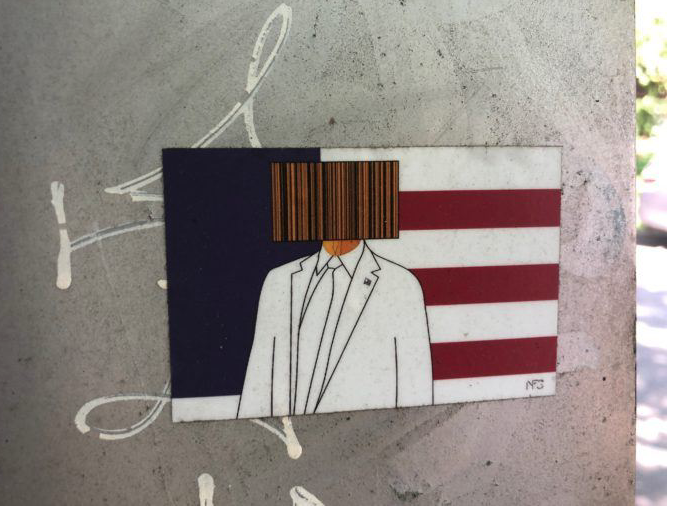 LABOR VIEW - Some companies in the United States today routinely do despicable things to their workers.

They maintain unsafe workplaces. They pay poverty wages and cheat workers out of overtime. They deny workers their right to organize. Should we reward employers that engage in these sorts of behaviors with lucrative government contracts? Of course not. Our tax dollars should never be enriching corporations that abuse workers.

But our tax dollars are doing just that. Government contracts, says new research from the Center for American Progress, are routinely flowing to abusive employers despite all sorts of procurement-process protections — on paper — to prevent that abuse.

The new Center for American Progress research starts with a 2013 Senate report that identified, for the previous five years, the 100 largest penalties the federal government had levied for corporate workplace safety violations and the 100 largest awards for backpay the federal government had ordered thieving corporations to make. Some 49 separate companies on these two lists, the Center notes, “benefited from government contracts” in the 2012 federal fiscal year.

Nearly 30 percent of these corporations, the Center research goes on to reveal, performed poorly on their government contract work. Their “significant performance problems” ranged from “failing to fulfill contract obligations and overbilling the government to dangerous defects or unsafe conditions that put the public at risk.” These poorly performing corporations falsified their qualifications and ran big cost overruns.

Contracting with companies that break laws that protect workers, the Center researchers observe, “frequently results in poor performance of federal contracts and waste of public resources.”

In other words, suggests Karla Walter of the Center’s American Worker Project, alarm bills should start ringing whenever federal officials start contemplating awarding government contracts to companies with past histories of abusing workers.

These errant companies include corporate heavyweights like the aerospace giant Lockheed Martin. Top executives at Lockheed like to present themselves as deeply committed to their noble professed corporate core credo: “Do What’s Right, Respect Others and Perform with Excellence.” But Lockheed’s execs displayed little commitment to do right and respect others back in 2008 and 2009 when the company shortchanged worker paychecks. Government investigators subsequently ordered Lockheed and a subsidiary to pay up millions in backpay.

Lockheed then proceeded to perform with little “excellence” in its government contract work. Only half the aircraft the company produced on one Defense Department contract, for instance, ended up mission-ready over a six-month period in 2018. In 2020, a House oversight committee grilled Lockheed on the company’s delivery of over 15,000 parts with incomplete or incorrect electronic equipment logs, a fiasco that has cost the government over $183 million in extra costs since 2015.

“Numerous government studies,” adds the Center for American Progress analysis, “have found that federal contractors are frequently among the worst violators of federal workplace laws but face few consequences.”

The Center’s researchers are calling for a number of reforms to correct that reality, among them a requirement that companies soliciting government contracts “submit labor cost estimates on proposed projects so that public agencies can evaluate” whether their bids, if accepted, would be high enough to enable adequate and complete contract compliance.

Why extend the pay spotlight to top execs? Outrageously high rewards, we’ve learned over recent years, give our corporate execs an irresistible incentive to behave outrageously, to pump up their share price — and hit their personal pay jackpot — by whatever means necessary. Those means might include any number of seedy moves, from shortchanging workers and overcharging consumers to defiling Mother Earth.

Our tax dollars simply should not be going to corporations where top execs engage in these sorts of outrageous behaviors. The longer we continue to reward misbehaving execs with government contracts, the deeper into our economy misbehavior — especially toward workers — will burrow.

How can we best identify corporations with the most potential for executive-suite misbehavior? The Dodd-Frank Act, the federal legislation enacted in 2010 after the subprime mortgage scandals, has given us one sublimely simple yet powerful tool. Dodd-Frank requires all publicly traded major corporations to annually reveal the ratio between their top executive and median employee compensation.

This “pay ratio” mandate went into effect five years ago. Ever since then, publicly traded corporations in the United States have had to annually publish their CEO-median worker pay ratios. These ratio numbers have told some shocking stories.

At the height of the pandemic, our annual Institute for Policy Studies CEO pay report revealed last year, over half the nation’s 100 largest low-wage employers gave their CEOs 29 percent average pay hikes while their frontline workers were watching their paychecks drop 2 percent. Hilton’s chief executive walked off with 2020 compensation worth $55 million, 1,953 times the $28,608 pay of the median Hilton worker.

In response, progressive lawmakers at the local, state, and federal level have started calling for legislation that takes direct aim at corporations with top execs making more in a morning than their workers can earn over an entire year. Most of these bills would apply higher corporate tax rates to companies with CEOs taking home over 50 or 100 times what their typical workers are earning. In Portland, Oregon, and San Francisco, pay-ratio strings now appear in the local tax code.

Lawmakers elsewhere have gone beyond corporate tax rates. They’re seeking to link corporate pay ratios into the bidding process for government contracts. Rep. Mark DeSaulnier (D-Calif.) has before Congress legislation that would offerpreferential treatment in the federal contract-bidding process to companies with CEO-worker pay ratios below 50:1.

Legislators in Rhode Island have introduced similar proposals. One Senate bill there would give a state contract preference to firms that pay their CEOs no more than 25 times their median worker pay.

The Biden administration has, for its part, recognized the value of incorporating equity concerns into federal contracting decisions. The Benefits of Increased Equity in Federal Contracting goes the title of one issue brief the White House released this past December. The federal government, this brief points out, has become the “largest purchaser of goods and services in the world.” Federal procurement decision, the brief continues, can have a “substantial impact” on equity in America.

But these gains, as important as they would be, would still leave America’s wealth concentrated overwhelmingly in the hands of America’s super rich. To get at thatconcentration, federal contracting could play an equally positive role.

The pay patterns of the corporations our richest run — the unconscionable pay gaps between top corporate execs and workers — are driving much of our nation’s income and wealth inequality. We can use government contracting to discourage these unconscionable gaps. Let’s do it.

(Sam Pizzigati writes on inequality for the Institute for Policy Studies. His latest book: The Case for a Maximum Wage (Polity). Among his other books on maldistributed income and wealth: The Rich Don’t Always Win: The Forgotten Triumph over Plutocracy that Created the American Middle Class, 1900-1970  (Seven Stories Press).) Photograph by Nathaniel St. Clair