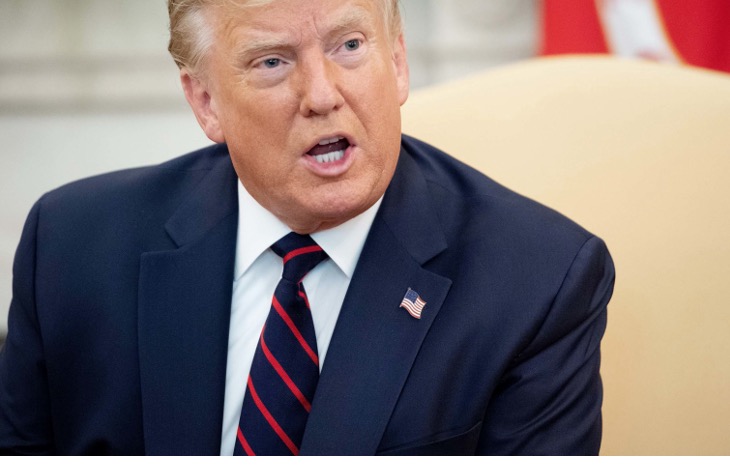 GELFAND’S WORLD - Theoreticians and sociologists have figured out that some changes don't build up gradually, but hit all at once, hence the term "tipping point."

The idea was made famous in a book by Malcolm Gladwell a couple of decades ago. There is an underlying mathematical complexity, but to observers -- that's us, the public -- the issue is that change breaks all at once.

The question before us at the moment is whether this is Donald Trump's tipping point. Will the Republican Party decide that he is not a likely winner for 2024 or -- even better -- that they are willing to reject him as the candidate based on his obvious and numerous flaws? Perhaps it will be some of each.

It's not important at this point to list and detail the Trump flaws. I suspect that even hard-core Trump supporters are aware of his proclivity to lie and bully and to sell out his own country. The question is why Republican politicians continue to support Trump, and why voters (to a lesser extent) continue to support the idea of him running for reelection in 2024. As one pundit explained, the Republicans have been able to win in gerrymandered red state districts and thereby stay in office. But will this continue? Will Republican candidates decide that support for Trump is an anchor they can't afford to carry?

My surmise is that there are a large number of Republicans who quietly despise Donald Trump but are afraid to speak out because doing so has been a risk to one's career. We have merely to consider the House Republicans who voted Yes on impeachment to understand the problem. There are Liz Cheney and Adam Kinzinger, and then there are the rest, most of whom made the decision to retire from politics.

It is becoming apparent that a large number of House and Senate Republicans were angry about the January 6, 2021 attack on the Capitol, and a few spoke quietly to each other about how they were done with Trump. But that didn't last long. Republicans tested the direction of the wind, decided that Trump still controlled a lot of the Republican voting bloc, and opted for the better part of valor.

The big question is whether the continued whittling away at the Trump legacy by the January 6 Committee will bring us to a point where Republican voters jump ship and decide en masse that they need to get behind a candidate with a better chance of winning. When that happens, the Republican congressional candidates will get their excuse and quietly start making promises about "supporting the party's nominee."

So will it be this week or this month that we'll see the tipping point? The conditions are as good as they have been since 2015. The House January 6 investigation continues to put up witnesses who are illustrating what life is actually like under a Trump presidency. To borrow the old phrase about prehistoric life being nasty, short, and brutal, the Trump presidency has certainly been nasty and brutal. Forget the part about Donald throwing the dinner dishes. That's the small part of it. Just consider the history of executive decisions and appointments. We can predict that -- like the Nixon presidency -- several of Trump's high-level appointees will be looking at prison sentences or, at the least, permanent disgrace.

I use the term Tipping Point as a possible outcome because right now, the Republicans are still backing Trump and, in particular, still defending what went on in his presidency during the post-election period that led up to the January 6 attacks. Their conduct is disgraceful, but not too surprising under the circumstances.

What is required for this particular tipping point is that a few more Republican voters walk away from the party because they are morally outraged by everything that has gone on. The January 6 hearings are throwing Trump's bad behavior in the country's face. It's also true that due to Kevin McCarthy's decision to boycott the hearings, the Republicans are not getting in their digs. For me, this is a feature, not a bug.

There is one more element that might go into a tipping point. It's the current Supreme Court.

In the Supreme Court's decision to overturn the Roe v Wade decision, Donald Trump finally got his legacy. The gun decision was also startling and threatening. But these decisions have brought the Trump policy to people's attention in a way that months of CNN editorializing did not. All of a sudden, women are threatened, and sympathetic men empathize with the fear and the rage.

As one colleague put it, "For the first time in my life, I've had a right taken away from me."

Will this be the week or the month? We'll see. Maybe Trump supporters including those in the congress will stick with him. But they will be quietly reminding themselves that an all-time-record number of voters turned out to vote against Donald Trump the last time.

Most likely, there would be a recognition that Trump does not have the votes to win reelection as president in 2024, and this would lead to a widespread feeling among Republican voters that they will vote for somebody else in the presidential primaries. That's all it would take. But there are other possibilities in a more chaotic tipping point scenario. Would Trump, in his essential narcissism, decide to run as a third-party candidate? This would be in keeping with his deep-seated anger and irresponsibility. Alternatively, he might exercise his essential laziness and simply make excuses about why he is not going to run. A final possibility is that his supporters will call for a "draft Trump" movement and create the third party themselves.

Trump has shown that he is contemptuous of traditions and simple morality. Loyalty is not his strong suit. He may just sit back and watch the rest of us speculate about what sneaky move he is going to make, which should make for an interesting atmosphere leading up to the Republican presidential primaries.

(Bob Gelfand writes on science, culture, and politics for Citywatch. He can be reached at [email protected])