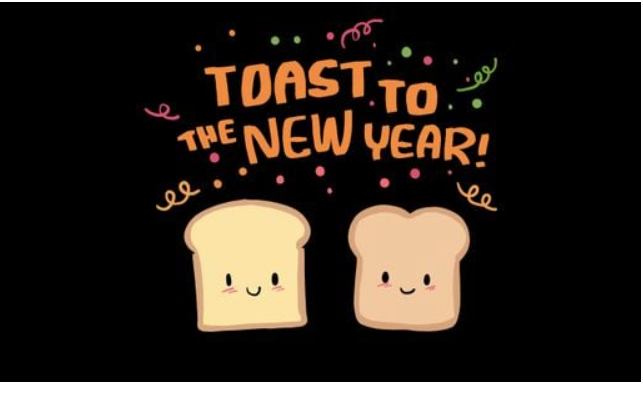 GELFAND’s WORLD - For all of us, I offer the following New Year's toast: "To 2022, may it bring 2023." It's not supposed to be clever or sarcastic, it's just a hopeful bit I developed for myself back when we were always in danger of being blown to bits by a nuclear holocaust. Anyway, that will be my toast. For most of us, it will be true.

As for this, the last column of the year, I'm not going to apologize for the word count. There are discussions about multiple things, going from college football to what we have to be thankful for in this year of 2021, to my gripes and grievances about the neighborhood council system. Skip over them or not as you like.

One good thing: We can go to a restaurant without having to breathe other peoples' cigarette smoke. I know this isn't a 2021 innovation, but it was slow in coming and, as much as it improves on aesthetics, it's also one element of the broad movement towards public health that goes with typhoid-free water and working sewers. So mark down a plus for the Department of Sanitation. Some of us take it for granted.

I also marvel at the easy availability of a laser printer with a scanner, and all for less than two hundred dollars. Does anyone remember typing away on an electric portable? I typed a doctoral thesis on one of those portables, and by the time I was done, keys were falling out and onto the floor (not kidding). And just to ice the cake, I currently have more storage in my laptop portable than existed in the whole world combined when I was in college.

Unfortunately, there is the downside -- that's the lead-in to the following Festivus gripe: The corporations have made us all into unpaid clerks and secretaries. When was the last time you called the phone company and had a real human answer? Sometimes I have to ask the voice on the other end if it's a real person or a robot. This trend is also a part of the process of denying paying jobs to onshore Americans, as the telephone boiler rooms get moved to Asia. Meanwhile, we get shuffled off to some website to fill in the forms that a clerk used to do for you.

Back in the olden days, there was a comic strip about a detective named Dick Tracy, whose main gimmick was the wrist radio. It was quite science fictional in those days -- the ability to talk to headquarters from out in the field without having to find a pay phone. Eventually the publishers of Dick Tracy upgraded the wrist radio to the wrist television, where you could look at the person you were talking to. The idea that a billion people could do facetime conversations was off in the future along with flying cars. Used gracefully, that cell phone makes for a more effective and efficient civilization.

Here's my festivus gripe: It's long since time that the nations of the world turn loose their CIAs and track down the criminals who pester us with scam calls. I would like to read that some foreign government has arrested a whole building full of people trying to sell me extended auto warrantees or burial insurance. We could use a James Bond sort of villain with a grudge against spam phone calls. One more offer for an improved credit card and into the shark tank you go.

I'm going to take an aside here and talk a little about college football.

There was a time when Los Angeles was the capital of college football. Not always, for sure, but at least once in a while. And we had it all to ourselves for about 3 hours on one afternoon of the year.

It was called The Rose Bowl, and back then it actually meant something. On a combined 7 occasions, either USC, Ohio State, or Michigan went into the game ranked number 1 and came out a victor. For all practical purposes, that was the national championship game. In other years, a ranking team came into the game as number 1 but lost the Rose Bowl -- Minnesota, Michigan State, and Ohio State (twice).

Interestingly, the 4 times when the upsets occurred were won by the west coast teams. I still remember watching Bob Stiles take down Michigan State's fullback Bob Apisa to prevent a two-pointer and win the game for UCLA.

Giants walked the land and there were 4 major bowl games -- the Rose, Cotton, Orange, and Sugar. When New Year's day was over, the season was over. And you could watch the games on television for free. Remember broadcast television? A couple of years ago I suddenly realized that there had been a college football championship and I had missed it because I hadn't even thought about it. It wasn't on television (i.e.: broadcast TV) and there wasn't much in the way of advertising to remind me to see it.

It's hard to take college football seriously the more it becomes all about money. And the money is huge, so things are only going to get worse for a while.

It's nice not to be worrying about a sudden nuclear war

Those of a certain generation remember drills in public schools where we all dived under our desks if the teacher called out, "Flash." If I recall correctly, the word was supposed to simulate the bright flash we would notice if a nuclear bomb exploded somewhere in the vicinity.

So we have a lot to be thankful for in this decade and a couple of previous decades because the hair-trigger systems to send the bombs were damped down a bit, the number of warheads was reduced, and we have certainly cut back on the chatter about starting a nuclear war.

For the vast majority of us, my toast is going to come true, and it's not just due to the lessened chance of a nuclear exchange. It is also due to some of the other good things coming out of 2021 and the decades previous to it.

Of course our public schools and shopping malls have their own fear now, which is the random shooter. We've pretty much come to take it for granted that the shootings will occur and that our schools will replace Flash drills with Active Shooter drills. The pro-gun lobby can argue that the death toll from such shootings is merely in the thousands rather than in the millions.

The year 2021 is the year of open revolt by neighborhood council participants against the city government and its appointees. At least that's one aspect as we go forward.

Looking back --  on December 11, 2001, the first two neighborhood councils came into being through the official act of certification. Since the first two councils were Wilmington and Coastal San Pedro, the meeting took place in a wharf-side meeting hall in the port of Los Angeles. It's now been 20 years since that moment. I've been involved in most of it and CityWatch has been there to report on it.

We've done many things over the years, most notably including working with (and sometimes against) public officials to get new parks built and get public works started. That part is the plus.

Here's the minus: The city government has moved more and more towards attempting to regulate our actions, our right to hold meetings, and -- in a move that staggers the conscience -- our very belief systems. That's right, the government wants to mandate and possibly enforce training in how we think about other people, including other ethnicities. It's curious that when you explain to -- let's say -- a member of the mayor's staff that their mandates are enforced indoctrination in a particular dogma, the response is that this is a good thing. I was told that it would be a good thing for me to receive the "training." I wonder how city policy will develop if and when the Scientologists manage to elect 8 City Council members and a mayor. Will everybody in city government be required to read and be tested on Dianetics?

Another aspect of these mandates is how much of our unpaid time they would take up. As I have mentioned previously in these pages, city employees generally have a union or some sort of bargaining unit which is recognized by law. They get paid for their time.

So in this year 2021, neighborhood council participants declared that they have had enough. A substantial number of councils passed motions (pretty much the identical motion for about 20 of the councils) explaining to the government that their newly proposed "code of conduct" was unacceptable to its intended victims. That code would have included giving power to one unelected official to suspend elected neighborhood council board members for 3 months, with the implicit intention of having the Board of Neighborhood Commissioners ultimately suspend those people permanently.

What sort of offense would get you suspended? We really don't know because they don't really say. The wording is ambiguous and vague. They claim to be trying to help us. The best way for them to help us is for them to resign.

The huge story that gets ignored a lot

We have been and will continue to be in the golden age of biological science. This may also be true for cosmology, but that's not my specialty, so I'll leave it to somebody else to write about planetary exploration and the new orbiting telescope.

But the difference between 1940 and 2021 is as the night the day when it comes to our knowledge of cells, the chemistry that drives them, and the organic systems they make up. When it became necessary to develop a vaccine for Covid-19, there were about a dozen new technologies that were involved -- genetic cloning, sequencing, oligonucleotide synthesis, immunology, and so forth.

When it comes to the way medicine is practiced, everybody pretty much takes for granted the revolution in medical imaging that has occurred. It's not trivial that an orthopedist or a cancer doctor can basically look inside of you and see what's there. If you were to ask a physician who practiced in the 1930s and 1940s about how they diagnosed and treated someone with a sore abdomen, the difference would be incredible. We have gradually been coming out of the medieval into the beginnings of a modern era where pain and physical destruction can be prevented.