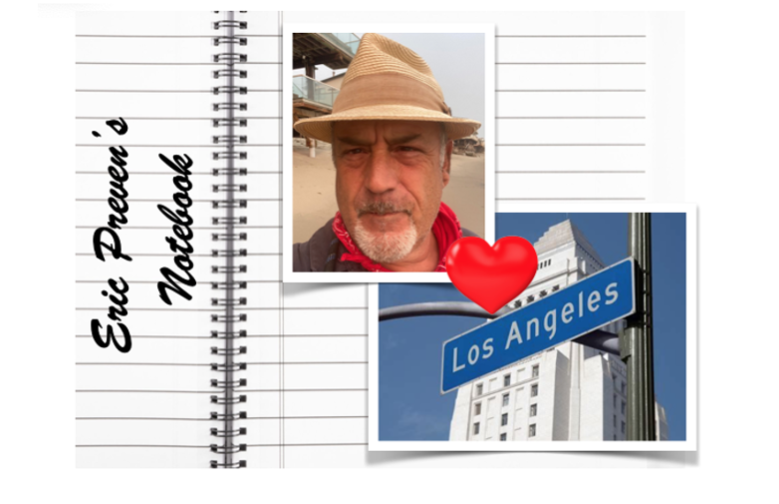 ERIC PREVEN’S NOTEBOOK - The City Ethics Commission was up last on Tuesday, 4/26/2022  along with City Attorney,  City Controller, and Personnel (including Human Resources Benefits).

It turned out to be one of the shortest kickoff budget hearings in the city's history, constituting yet another record in the race to minimize public input.   There were only eight speakers given one minute each on four major departments.

That's a lot more than one item, but Krekorian believes in the ONE item model. It keeps things short and perky.

Rather than a more coherent process... the City only notices one item when the budget is discussed as if to ignore the fact that the city is comprised of 28 separate departments.  #ThePublicIsNotStupid

Annually, Paul Krekorian, the budget chair overvalues ending meetings early and Tuesday was no exception.  "Good afternoon, no good evening, I'm pleased to say... which is unusual for last department of the day..."

The pandemic served as the perfect pretext for further minimization of budget hearings (down from 13 days of hearings to just 8), and has become the new benchmark for perky hearings.

The companion piece to brief hearings is hundreds and hundreds of budget memos that are submitted quietly and at a dizzying pace, making it hard for the public to play along. After one short hearing so far, there have been 41 budget memos generated.  We should crest 400 memos by early May.

Krekorian, who was an Ethics Commissioner "a million years ago" thanked David Tristan, the Executive Director, for his "very succinct"  letter requesting funding.

DeLeon had one question for Ethics, "effective June 8... No candidate or officeholder can receive a developer contribution but a developer can self-fund his own campaign?"

Tristan explained, "The developer ban...  cannot be applied to a candidate's personal funds."

Deleon, said, "No one can receive a single cent from a developer... but a developer can self-fund...?"

Tristan said, the Supreme Court has made it pretty clear, and, "I would agree with them until they change that."

Krekorian glanced at his watch,, "Good work as always. We are WAY ahead of schedule. We got done early... to my astonishment."  Nobody was astonished.

Heidi Marston's Medium had some wisdom.

"Those in power who possess the ability to change the lives of more than 60,000 unhoused Angelenos must be willing to do so, rather than examining the totality of the crisis. Dedicated front-line employees of non-profit organizations and government entities are hamstrung by rules, red tape, and bureaucracy.  ...But in 2020, 205 people in Los Angeles County found housing that resolved their homelessness every day — while at the same time, 225 people fell into homelessness on the same day. Homeless service agencies across the nation face an avalanche"

"Shadow monsters,” are concepts hard to pin down and rarely noticed unless we look for them: systemic racism, low wages and high cost of living, lack of access to affordable healthcare, inequity in education and housing, and many others.

When I became Executive Director of LAHSA, staff at my organization earned wages as low as $33,119 a year, or about $2,760 per month before taxes, benefits, retirement, rent, childcare, student loans, utilities, food, and other expenses.

This column raised concerns about the pay of Lifeguards at the YMCA of Greater Los Angeles, but the increases never materialized, instead...  the protections for engaging in protected speech, are being examined. #MackenzieScott

The Good Lord Need Not Itemize:

There was a $340,000 coaching from the Sunshine Canyon Community Amenities Trust Fund No. 699/14t to be allocated for an aspect of the efforts of the Providence Holy Cross Foundation to assist PHCMC to obtain much-needed medical equipment.

Q:  What kind of equipment?

A: Equipment for the Emergency Department, the ICU, and the NICU...

A:  Whole person care, for the whole body, mind, and spirit.

Q: Is there any more information?

Beyond outrageous:  Sameday Health is a healthcare start-up that launched in September 2020 with a single Venice testing center.  In a stunning betrayal of trust, the company allegedly faked COVID test results for at least 500 customers and alongside partner Dr. Jeff Toll, M.D., will be paying for its sins to the tune of a total $26.45 million settlement.

The problem is, that despite Mike Feuer's crowing about tackling this admittedly bad actor, in its short life the company has already made tens of millions in profit. Sameday expanded at a ferocious pace to open 55 testing centers across the nation, including 16 in L.A. County, five in the City of LA and one in Santa Monica.

Sameday Health was additionally accused of engaging in insurance fraud by giving customers paying for their COVID test with insurance unnecessary additional consultations and charging their insurers for the cost. This included two to three-minute-long telemedicine consultations for which insurance companies were charged $450 a pop.

That's the going rate over the transom medical ripoff fraud.

A New York Physician, went to have an X-ray scan on a walk-in basis because a dentist had accidentally dropped something into his MD gullet.  The good news, was they spotted the item...and when he went back for the removal surgery,  the item had passed.

The forty-five-minute visit to the Xray tagged his insurance for a zeitgeisty $4,500.  Yuck.

Marqueece Harris-Dawson of CD8, wanted to piggyback on Mr. DeLeon's adjournment for Professor Armando Navarro, a prominent activist-scholar who led the anti-gerrymandering group Californians for Fair Representation in the 1980s.  It took a lot of zeal, because Cedillo had generated a small wind event doubling down on DeLeon's kind words.

Harris Dawson told the story of a  young African American woman who had a seizure and lost her life in an LAPD encounter. He said "We all went to the inland empire to protest... and there was a large group there, by far the biggest one there, and it was Doctor Navarro and some students. "These are not coincidental... "  Navarro, told the students and a younger Harris-Dawson.

Professor Navarro was linking the ICE raids and the border raids, to the death of a young woman, saying that these issues were NOT unrelated and "it stuck with me."

Mitchell O'Farrell, suggested, in the spirit of kindness, that we do an "all council" adjournment.

DeLeon nodded agreement and, O'Farrell, chirped right up,  "You bet!"

There was time for one more. Fallen.

Paul Koretz, who has been struggling against a feisty opponent in the race for City Controller, who exposed Koretz's ties to an oil company, touted Aron Avram Wolf, a talented aerospace engineer who went to Brown and then the Engineering school at the University of Michigan, before settling into a fine career at NASA and JPL.

Space exploration is more palatable to voters than oil and gas exploration  Wolf was in the deputy guidance end of things and focused on ... "mission success."   Not unlike Jeffrey Ebenstein, who ran for CD5 briefly, collected a couple hundy (000) and then resumed his duties as concierge, lofting Koretz into the fundraising stratosphere.

I hope Koretz appreciates all that Ebenstein (and wife, who served on westside planning commish) do.  Wolf was also a private pilot and logged 6000 hours of flying.  No word if Wolf flew out #WhitemanAirport where Monica Rodriguez of CD7 has said  "we have more work to do to get the county to heed our calls."  The residents of the Northeast Valley deserve the same considerations as communities in Santa Monica.  Koretz, who has complained of fear of flying, bravely said, "Wherever you see clear blue skies think of Aron... soaring above."

Ebenstein will be there with the Dramamine.

Pakistan: After The Deluge