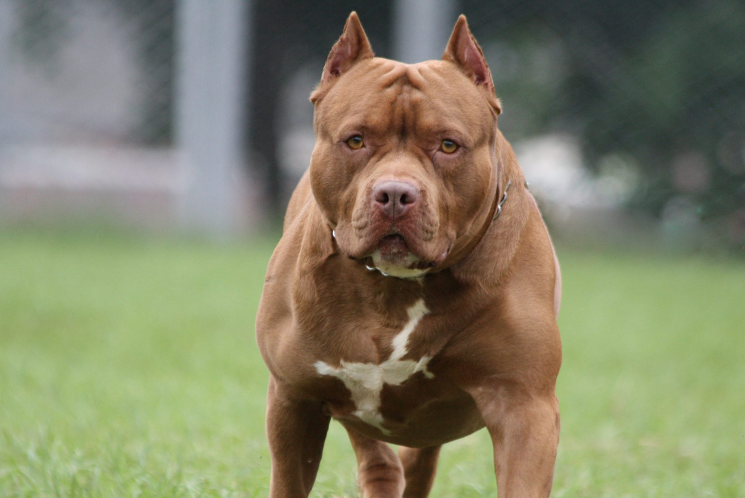 ANIMAL WATCH - Shame on Larry Gross, President of the Los Angeles Animal Services Commission, for introducing and lobbying for endorsement of H.R. 5828, a Bill by Rep. Adam Schiff (D-CA) with the misleading, if not intentionally deceptive, title—“Pets Belong with Families Act,” rather than the actual descriptive intent, which is “Pit Bulls Belong in Low-Income Federal Rentals/Housing.”

Gross is the head of a tenants’ rights organization called, Coalition for Economic Survival, identified on Wikipedia as a 501(c)(4) Charitable Organization focused on “tenant rights/low income housing” and that its method is “Lobbying.”

Its partial description states, “CES works in the greater Los Angeles area in working to influence policy makers to improve the lives of low and moderate income people.”

Does that include lobbying as the President of an L.A. City Commission?

Here’s the description of H.R. 5828, directly from the Bill: “To prohibit public housing agencies from imposing breed restrictions on household pets owned by residents of dwelling units in public housing, and for other purposes.”  (See HR 5828 here.)

This Bill mandates that Pit Bulls and other animals are designated dangerous based only on “exhibited behavior”—which means they have already seriously threatened or attacked someone.

There is no indication of who will evaluate the actions of the dog or what legal procedure will be needed to permanently remove a dangerous animal, which is personal property, or the expense of enforcement or injuries.

Yet, 34 members of the U.S. Legislature signed on to a bill which is devoid of detail—in support or possibly a quid-pro-quo arrangement.

HUD rentals and other federal housing, currently have long-standing restrictions to protect tenants’ safety and have prohibited dog breeds with a propensity for violence.

There does not seem to be any objection to this, except by LAAS Commission President Larry Gross and the major animal or legal organizations behind it.

Shouldn’t Gross have stepped down from his Presidency of the Commission or, at a minimum, recused himself from promoting or voting on a measure from which he can financially benefit?

Shame on LA Animal Services General Manager Dana H. Brown also for recommending that the Animal Services Commissioners support H.R. 5828 and summarizing in her report, “The Pets Belong with Families Act would remove these overly broad and unfounded barriers for residents of public housing, ensuring that no one is forced into housing instability because of an unnecessary breed ban.”

This bill omits the fact that no one is required to own a high-maintenance Pit Bull (or any other dog) if they can’t afford it, and they should especially not be encouraged to adopt or purchase bully breeds if they have “housing instability.”

Placing these dogs in crowded housing situations is not fair to other tenants who have smaller dogs that are often victimized and need expensive veterinary care that they cannot afford, are themselves injured in an attack or have children who are mauled or maimed for life.

This bill would place the most vulnerable and least likely to be able to afford extensive medical care deliberately in close proximity with Pit Bull owners who cannot afford the expensive insurance to cover potential damages inflicted by a dog obtained as protection in low-income, high-crime areas.

GM Brown’s December 14, 2021, report--after approval by the Commission--  “authorizes staff to transmit this recommendation to the Mayor and City Council for consideration of adoption in the form of a Resolution by the City Council with the concurrence of the Mayor.”

Here’s the current wording for Federal Public Housing, which HR 5828 intends to amend :

‘‘(B) prohibitions on types of animals that are classified as dangerous, provided that classification is based on specific behaviors or actions by the animal and is not based on the breed of the animal;…”

Historically and currently the law recognizes that some animals are inherently dangerous based on the actions of other similar animals. This bill would remove the benefit of prior historical demonstrated conduct by dogs with similar genetic propensities, and essentially say any lion, tiger or bear, must be presumed to be tame until proven otherwise.

It won’t matter how many times a vicious dog threatens someone or that they must live in constant fear. Nothing would be able to be done until after someone, or their beloved pet or emotional support animal, is injured or killed.

Shame on the Los Angeles Animal Services Commission that asked no questions.

Although the Commission seemed unenthusiastic about voting for it, there was no discussion, no question and Commissioner Sandoval (who says he owns a Pit Bull that must be controlled and also bit him recently) apologized for missing his cue, as he explained he was interrupted while eating breakfast during the Zoom meeting.  He made a garbled motion to approve. The Commissioners (all appointed by the Mayor Eric Garcetti) passed it unanimously. This action by the Commission should be immediately rescinded.

A VIOLATION OF PUBLIC TRUST

The Department of Animal Services has a tax-funded obligation to protect the public trust and the residents and animals of Los Angeles and not cater to large organizations —or the Commission president—to promote a dangerous change to long-standing federal Department of Housing and Urban Development (HUD) subsidized/low-income renters’ safety policies.

WILL THIS AFFECT PRIVATE PROPERTY RENTALS?

The housing choice voucher program is the federal government's major program for assisting very low-income families, the elderly, and the disabled to afford decent, safe, and sanitary housing in the private market.

Since housing assistance is provided on behalf of the family or individual, participants are able to find their own housing, including single-family homes, townhouses and apartments.

The participant is free to choose any housing that meets the requirements of the program and is not limited to units located in subsidized housing projects.

A family that is issued a housing voucher is responsible for finding a suitable housing unit of the family's choice where the owner agrees to rent under the program. This unit may include the family's present residence. Rental units must meet minimum standards of health and safety, as determined by the PHA.

Does this mean that H.R. 2858 will affect any landlord with private housing who accepts vouchers to assist low-income families?

The list of those endorsing this No BSL effort are listed as The Humane Society of the U.S., American Bar Association, American Society for the Prevention of Cruelty to Animals (ASPCA), Michelson Center for Public Policy, Best Friends Animal Society, and the American Kennel Club—all of which benefit financially from advertising and/or soliciting donations for animal causes or breeding/sale of dogs or represent parties in lawsuits brought by victims of injury caused by an animal.

The LAAS Commission regularly hears Dangerous Dog cases where an owned dog (mostly Pit Bulls) have attacked and seriously injured a stranger or neighbor in the city of Los Angeles, and Larry Gross is one of the foremost hand-wringers and proponents of removing these dogs from the owners who have not taken appropriate measures (in the opinion of the Commission) to protect the public.

Gross, LAAS management and the Commissioners know that the cases they hear are often not the first time the dog has attacked and but there is no history on the prior behavior of a dog because it was not impounded, or that it was formerly kept, or an attack by the animal occurred, outside of the City of Los Angeles.

In 2021, the U.S. Senate affirmed the existing breed-specific dangerous dog policies of the US Army, Marine Corps, and Air Force, after an effort was introduced to rescind the prohibitions on keeping Pit Bulls, Rottweilers and wolf hybrids in military housing on base. (Enlisted personnel are not forced to live on the base and may keep their pets in other housing.) See Rules on Military bases here.

Jan 25, 2021 — Should emotional support animals be allowed on board airplanes? Delta, United Airlines, Alaska Airlines and JetBlue all stopped taking ...

Pit Bull attacks are a common occurrence, especially in low-income communities, and are a very real and constant danger to residents and pets. The aftermath of seeing or being a victim of a dog with genetics designed to kill lasts for a lifetime, although dismissed in this Bill by the major organizations that should be most concerned. So, what is their real motivation?

Even if Pit Bull owners realize that their dogs can be unpredictable and accept that responsibility, many do not have the resources to provide the proper confinement, exercise and control necessary, and attacks by dogs that have previously not shown aggression happen quickly and often are not reported.

Here are important statistics compiled by DogsBite.org from media reports and public records that should have been considered before H.R. 5828 was endorsed (with no real text explanation) by the Los Angeles Services Commission and explains why their endorsement of this “blank check” legislation should be immediately withdrawn: