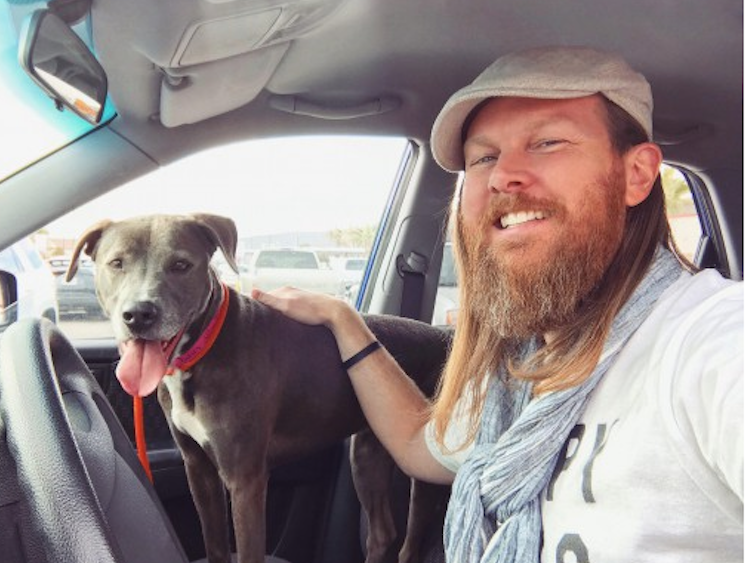 ANIMAL WATCH - Luke Westerman, Pit Bull Activist, “No Kill” advocate and former-Executive Director of the Humane Society of El Paso, pleaded guilty in October to 19 charges of securities fraud and grand theft in Ohio and was ordered as part of sentencing on November 18 to pay $1,105,369.29 in restitution.

Westerman was sentenced by Franklin County Court of Common Pleas Judge Andy Miller to serve 60 months of community control (aka “parole”) and pay court costs, according to a media release from the Ohio Department of Commerce.

A sentencing memorandum was reportedly filed with the court the day before Westerman’s sentencing, in which both the prosecution and agreed on the amount of restitution and the period of community control.

That memo revealed that, “Since being fired by the Humane Society of El Paso, “Westerman had been making a living by cleaning houses for a small business in Houston, TX for $15 an hour,” according to his attorney.

Westerman came to our attention because his past was closely intertwined with Los Angeles County self-proclaimed Pit Bull trainer/behaviorist Steffen Baldwin, co-founder of Underdog Alliance, who is also now in Ohio, where he was indicted on 53 criminal charges--many of which involve animal cruelty.

They have both been charged with serious crimes involving misrepresentation and  financial misconduct. The major humane organizations that have publicly supported them and encouraged the public’s faith in them—and donations to them—need to also be investigated.  It is time for light to be shined on the entire “rescue” movement and a determination made on exactly how their money is made and spent.

Baldwin was adored by rescuers who sent “last-chance” Pit Bulls from all over the country to his “Save Them Dog Training” program--for hefty ‘donations--believing his hype that claimed he could miraculously make dangerous dogs into safe, adoptable pets.

While at El Paso Humane Society, Westerman arranged for a dog named “Pickles” to be sent to Baldwin for rehabilitation, funding for which was solicited through a public donation campaign, with no posted indication of the final amount collected.

In an August 5, 2020, interview, Detective Jim Conroy told 10TV that Steffen Baldwin’s real goal was to be a star on Animal Planet, “by any means necessary, even at the expense of animals he had pledged to protect.”

The bottom line for both Baldwin and Westerman was money and fame, and all the accompanying benefits.

In an October 14, 2021 article, “Pit Bull Activist, Ex-Humane Society Director Pleads Guilty to Charges of Fraud and Grand Theft”, we asked, “How much do the high-profile promoters of animal welfare, like Best Friends Animal Society and Maddie’s Fund, really know about the activists they claim to support and commend as a part of the lucrative “No Kill” movement?

If Steffen Baldwin and Luke Westerman are examples, it appears the response to that question would be “not much.”  Best Friends was lavish in its endorsement and praise for both.

But, equally important, why don’t they care about the ethics of the people/organizations  they promote? Is "No Kill" really about the animals or just guaranteeing a continuing stream of income from donations?

DID LUKE WESTERMAN’S VICTIMS GET JUSTICE?

Judge Miller ordered a 19-year prison sentence, which was suspended pending successful completion of 60 months of “community control” (supervised parole). In other words, a man who has spent years in unlawful securities practices and grand theft—including theft of the elderly—may not see the inside of a prison unless he is arrested/convicted for committing another crime within five years.

According to the Franklin County Prosecutor’s Office, Westerman solicited more than $700,000 from 10 Ohio residents, starting in December 2010 and then from 2013 to 2018 for "investment purposes."

The statement from Franklin County Prosecuting Attorney Ron O'Brien said Westerman “later misrepresented the status of the purported investments in false account statements, and used some funds for personal purposes rather than the expressed investment purpose. The cash withdrawals and use for personal expenses from investment funds exceeded $300,000.”

Westerman was facing three years prison sentence for each conviction for unlawful securities practices and 18 months for each count of grand theft. With all counts running consecutively, he would spend a total of 19.5 years in prison.

Interestingly, On December 13, 2019, when KFOX14 spoke with Westerman, asking him about the securities charges, including that he was accused of forging client’s signatures, he denied all allegations made against him, stating:

Anyone in business long enough is going to have complaints, and that's all they are, complaints. They are non-validated; at no point did anyone question my honor or my ethics…There is no reason to, my whole life is about serving others.

Here’s the statement provided to KFOX by Westerman’s attorney after sentencing:.

Mr. Westerman is extremely grateful for the opportunity to complete a period of community control and make amends for the actions that brought him before the Court. He will do everything in his power to restore the trust of his family, friends, and community,

So how will Jeffrey Luke Westerman—now a convicted felon and notorious due to media coverage from Ohio to California—pay back over $1 million?

Westerman was fired from his position at the Humane Society the day after being arrested.  He had been living in El Paso for almost a year when he was formally charged by a grand jury in Ohio.  A warrant for his arrest was issued in January of 2019 on charges of theft and securities violations.

According to court records, Westerman admitted he had provided false financial statements and records about the success of his own investment ventures and thus lured investors in Ohio, Colorado and Texas to invest in fictitious businesses held in his or his wife’s name.

He was originally indicted in 2018 on 10 counts of providing false securities reports and three counts of false representations in the sale of a security and three counts of theft, one of which was a “theft from the elderly”  He was then indicted two years later for 17 additional counts, including securities fraud, misrepresentation and theft from eight additional victims, documents revealed.

Westerman did not hold an active securities license at the time of the indictments due to the fact that it had been suspended as part of a prior arbitration agreement, the El Paso Times reported.

Westerman stole over a million dollars. How did he afford his legal team on his $15-per-hour job cleaning houses? There was no justice or rehabilitation in Westerman’s case. It would take him over 75 years to pay back his restitution at $100 a month. Hopefully, his victims will be able to recuperate some of their losses.