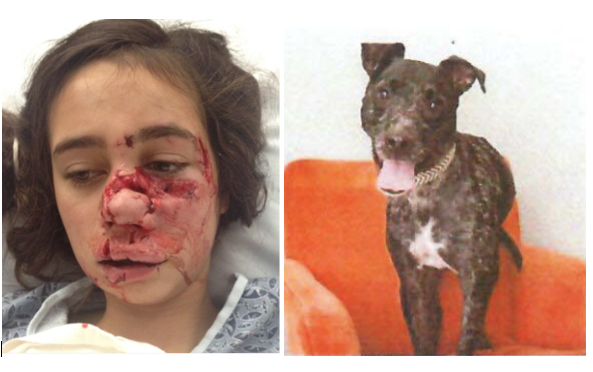 “One week later,” according to the documents, “the dog, without warning or provocation, charged the child, who was in the family’s living room doing her homework. The dog latched its jaws onto the child’s face and attacked her. Her parents attempted to pry the dog off their daughter. The child suffered serious injuries and underwent reconstructive surgeries.”

The complaint continues that “BFAS acted willfully or with conscious disregard for safety when it knowingly urged the plaintiffs to adopt the dog knowing it would be very dangerous to children.”

The settlement was quietly made in 2020 and this is a story that would have gone unnoticed if not for my receiving notification that a similar suit against Best Friends is scheduled for trial soon (again involving a Pit Bull from LAAS).

This triggered a review of the seven lawsuits filed against BFAS in LA from 2016 to 2019 for “Personal Injury/Property Damage/Wrongful Death (Unlimited).”

The public deserves to know this.

The name of the victim and her parents (guardians for a minor child), as Plaintiffs, are not disclosed in this article to protect their privacy. This family has suffered and relived this incident repeatedly as they sought justice for their child -- who will be physically and emotional scarred for life.

They have fought against a multi-million-dollar “non-profit” organization that claims to be one of the humane leaders of Los Angeles and the national “No Kill” movement.

Dr. Polsky included in his Declaration that Best Friends Animal Society acted with callous disregard for safety and recklessness in transferring this dangerous and admittedly aggressive dog into a family with a child.

He cites that, “According to BFAS employee, Ms. Rehbany, Bleu’s first owner gave Bleu to L.A. Animal Services after a biting situation. The dog then went to BFAS and was subsequently transferred to the family.  BFAS did no investigation of this incident before negligently transferring the dog to the family.” (Emph. added.)

THE CASE – A betrayal of trust?

The Complaint for Personal Injury states that the Plaintiffs went to the BFAS shelter, called “No Kill LA” (NKLA Pet Adoption Center) at 1845 Pontius Ave, in West Los Angeles on January 3, 2016, to adopt a dog that was “safe for a family and friendly to children such as their 13-year-old daughter.”

They were shown a dog, named “Bleu,” and told that the dog “. . .was put up for adoption because its owner moved away but that it was well-trained and safe for children.”

The complaint states that, “Defendant BFAS did not inform Plaintiffs the dog was a Pitbull-mix, nor did they warn Plaintiffs of its dangerous propensities.” On the adoption papers the dog’s breed is noted as an “Australian Cattle Dog mix.” Relying on these representations, the family paid a fee and adopted the dog.

Additionally, it states, “Following the attack, the dog was taken to Pasadena Humane Society and released back to BFAS, which put the dog up for adoption again. . .Nowhere on the dog’s on-line adoption page or YouTube video does it warn potential adopters of the subject attack or of the dog’s dangerous propensities.” (Emph. added.)

The Causes of Action in the lawsuit state, in part, that BFAS “had a duty to warn and make known the dog’s unusually dangerous nature and tendencies,” and that BFAS had knowledge of the “risk of harm. . . .and yet, “recklessly, willfully, intentionally, with gross negligence and with wanton or conscious disregard for safety, sold, transferred or conveyed the dog to Plaintiffs.”

The parents also contend that their child was an able-bodied individual, who suffered “serious physical impairment and emotional harm and they believe will be permanently incapacitated and rendered disabled and disordered, both internally and externally.”

They describe how, during the attack, she was “disfigured and bleeding profusely as her parents struggled to save her from the dog” and they also have suffered “serious emotional distress. . .depression and anguish.”

Best Friends Animal Society introduced motions to preclude “evidence, argument and testimony of any alleged subsequent bite history” and to preclude “. . .any alleged history of Defendants adopting out dangerous animals.”

BFAS also introduced a motion to preclude “any reference to the subject dog as a “Pitbull / Pitbull Mix,” and all argument, suggestion, and testimony that the breed is itself indicative of any dangerous character.”

The motion claims, “. . .not only has DNA evidence confirmed that the dog is not a Pitbull, but his breed is irrelevant and there is no probative value of such evidence, and that even if there was, such is substantially outweighed by the probability that its admission will necessitate [sic] create a substantial danger of undue prejudice, confusing the issues, and misleading the jury.”

Dr. Polsky discussed Best Friends’ method of classifying dogs, stating “BFAS had classified Bleu as “Brown Paw.” That indicates a high-energy, “mouthy,” dog and that a mouthy dog is one that “places their teeth as a way to investigate objects” or to “interact with its environment.” “This environment includes people and children, like the victim.”

Dr. Polsky stated that “BFAS knew or should have known that Bleu was a dog with high-risk to severely bite and possibly kill a child. . .But failed to warn or disclose this information to plaintiffs.”

Another Declaration, this one by Melody Wallace, D.V.M., states, “I am a licensed and practicing veterinarian. . . Based upon my experience and training, the dog below (pictured) appears to be a ‘pit bull mix.’”

“Wisdom Health business, is a division of Kinship,” according to BusinessWire.com which states, Kinship is building the first-of-its-kind coalition of partners to transform the future of pet care.”

It seems (see below) that Best Friends is one of these partners, so should that have been revealed in their submission of the results of the breed test, since this was an issue in its defense?

A June 17, 2021, article at Businesswire.com, “Kinship and Shelter Animals Count Partner to Improve Animal Welfare through Technology” states, “Shelter Animals Count is an independent, collaborative non-profit formed by a diverse group of stakeholders . . .It was formed in 2011 by varied industry partners including: ASPCA, Best Friends, The Humane Society of the United States, Maddie's Fund and PetSmart Charities.

Should the court have been advised of this possible conflict of interest between BFAS and the company they had provide DNA results?

Best Friends has pages on its website extolling the virtues and promoting the adoption of Pit Bulls (See:  All About the Pit Bull Dog Breed | Best Friends Animal Society

If BFAS truly believes that a Pit Bull (or mix) cannot be identified by its physical characteristics, why would they use photos of many similar dogs with muscular bodies and face/jaw structures to “represent” Pit Bulls (some who resemble Bleu)? And why do they also claim that there is “no such breed” as Pit Bulls?

SETTLEMENT, BUT NOT RESTORATION

The Notice of Settlement in this case was posted on January 13, 2020, just before it went to trial; and, of course, the amount was not disclosed. But no amount of money can make this family whole nor restore the trust in its own judgment and the ability to trust those who speak as experts but violate that responsibility.

Dr. Polsky opined in his Declaration, “The philosophy of BFAS as “a no kill shelter may have blinded [the family] to the extreme danger this dog presented.”

These words of wisdom should guide any future adopters everywhere. Those who open their hearts and homes to needy pets must have all information necessary to make an educated decision—not just based on emotion and appearance.

Best Friends apparently had the history that indicated Bleu’s behavior was not predictable and could be and/or had been dangerous but reportedly withheld it from the victims.

If these the large number of lawsuits filed reveal a pattern of withholding vital information about the dogs that they make available to unsuspecting adopters, how can people trust BFAS or other “No Kill” organizations?

NOTE:  The documents from which the above information is taken can be seen online at CA Superior court records, County of Los Angeles, (BC642508), which provides all the public documents filed on behalf of the victims, as Plaintiff, and Best Friends Animal Society (BFAS), as Defendant.