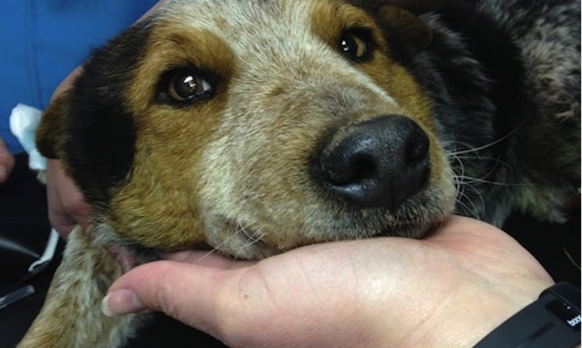 ANIMAL WATCH-Animal cruelty is a “gateway” or “indicator” crime, often first committed as a juvenile and leading to other serious offenses, including sexual predation and assault on humans.

If not addressed and corrected by serious sentencing, the perpetrator can rapidly progress to greater violence. Some of the most notorious serial killers have admitted that their first crimes were practiced on dogs and cats which often were family pets.

Although new LA County District Attorney George Gascón has not thus far directly changed how the County addresses crimes against animals, his revisions to sentencing affect all prosecutions. Since he assumed office on December 7, 2020, Gascón has pursued a “progressive” agenda, including removing enhancements (former convictions which can influence criminal sentencing).

He has also eliminated the prosecution of juveniles as adults, no matter how heinous their offenses, and has ended cash bail -- providing those convicted of violent crimes with a second chance to offend, which is exactly what they have done.

For instance, in the first two months of this year, Los Angeles Police Department officers responded to 570 reports of shots fired, up 88% from the same period in 2020. And 267 people were hit by gunfire, a 141% increase from 2020.

Former-Los Angeles County District Attorney Steve Cooley, who served from 2000 to 2012, and who also established the first Animal Cruelty Prosecution Program in the D.A.’s office, was a guest on the Gary and Shannon KFI radio show on June 11 to discuss his concerns about D.A. George Gascón disbanding the Special Enforcement Team (SET) on June 2.

Cooley, who has spoken out strongly in support of the current Campaign to Recall Gascón, is irate.

“This is another devastating move by George Gascón to dismantle the D.A.’s Office -- its core functions -- and thereby contribute to what is going to be a tremendously increasing crime rate. This team went after individuals with violent histories who are sexual predators that failed to register with the County as ordered by the court, AB 109 parolees, and individuals who had absconded from parole,” he said.

“It takes training and a skill set and knowledge (1) to find them and (2) to apprehend them safely. . .  and he is destroying that function so that many escaping parolees will just be running free -- he is also saying they cannot go after absconding sex offenders, when the D.A.’s investigators were working with the taskforce to find these offenders and put them back in the registry.” Cooley explains, “It is one more big move that George Gascón has made that endangers the public.”

KFI’s Shannon Farren asked, “What about sex offenders is George Gascón trying to defend? Why is he defending the rights of criminals and not your kids?”

Cooley added, “Former D.A.s and current D.A.s around the state are asking what is going on? Gascón   lacks any prosecutorial experience, and, under him, the Los Angeles criminal justice system is melting down and being destroyed. The D.A. is the lynchpin of the justice system, and he is not performing those functions.”

Gascón   has also announced he will not be prosecuting “Quality of Life” misdemeanors – 13 separate misdemeanors which include loitering, public intoxication, resisting arrest, soliciting for prostitution and prostitution, Steve Cooley stated, “these are commonly used to keep the peace and quality of life in the neighborhoods.”

“That’s the reason 17 cities in the County of Los Angeles have voted they have no confidence in him.”

Cooley urged all county residents to sign the petition that is being circulated, which he said needs nearly 600,000 signatures to force a new election. He told KFI listeners, “I predict that if we get him on the ballot, he will be recalled by a landslide.”

In sex crimes, animal crimes and others, the laws which curtail violent criminal acts are not just those directly used in prosecution, but also the web of supportive enhancements garnered from past violent crime convictions, which can be added to keep criminals from having access to victims by extending their sentence.

Nowhere is this more important than in the abuse of innocent children and animals, which usually occurs behind closed doors and involve victims who cannot make a report to authorities or describe the terror, pain and suffering they feel.

(COVID-19 has recently provided the perfect environment where victims are isolated with perpetrators and have little, if any, outside contact.)

A former prosecutor of crimes against animals explained, “Basically, with a weapon allegation on file it would add one more year.  And, if they had prior strikes, it would double the sentence.  If an animal was beaten and/or killed with a weapon, it makes it a ‘strike’ and turns it into a violent felony that would send the perpetrator to prison.”

ANIMAL CRUELTY IS A CRIME OF MORAL TURPITUDE 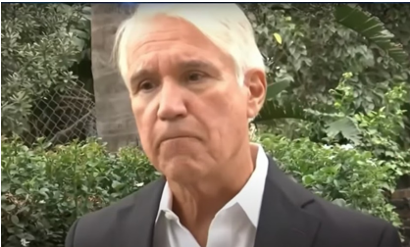 Gascón (photo above) has destroyed strong deterrents to control violent criminals already convicted of crimes of moral turpitude. His December 8, 2020, Directive states, “sentence enhancements or other sentencing allegations, including under the Three Strikes law, shall not be filed in any cases and shall be withdrawn in pending matters.”

“A CIMT is almost always an intent crime -- an offense that is morally reprehensible and goes against rules of morality. . . Most aggravated felonies count as CIMTs. In short, the definition of moral turpitude is shocking the public conscience,” according to ShouseLaw.com.

“Other crimes involving moral turpitude include, but are not limited to, assault -- either to commit great bodily harm or murder -- attempted lewd acts on a minor, arson, burglary, child abuse, domestic violence on spouse, and failure to register as a sex offender.”

“A crime involving moral turpitude is not a specific offense by itself – but it’s a type of classification associated to a crime. It means if you’re facing a crime classified as a crime of moral turpitude, you could potentially face additional or collateral consequences,” explains  LosAngelesCriminalLawyer.pro.

Prosecution of animal, child, and other sexual abuse cases, which may be related, often rely on the past acts of the perpetrator to prove the capacity of that individual to find pleasure in inflicting pain and humiliation on another helpless being too small or too fragile to resist or defend against the assault.

Another category of animal crimes, which exploits the victim for monetary gain, involves the use of animals for illegal activities, such as dog fighting (usually occurring in conjunction with drug sales/trafficking and is a felony) and/or cockfighting, which can be either a misdemeanor or felony in California. Will these continue to be prosecuted to the fullest extent in Los Angeles County?

With the City of Los Angeles recently defunding the LAPD Animal Cruelty Taskforce, a collaboration with Los Angeles Animal Services, it is vital to all living creatures in Los Angeles County that Gascón   continues to support and maintain the D.A.’s vital Animal Protection Prosecution Unit?

This unit serves all the cities in the County to prosecute felony animal cruelty cases and also relies on investigators to develop its cases.

Based upon his personal philosophy and actions do we have confidence in George Gascón’s compassion for abused animals? Or will he decide that animals and children -- innocent victims without a voice -- do not deserve or need the protections that strong enforcement and prosecution of laws can provide?

What assurance do they have those perpetrators will not be released to return and resume their heinous acts if the District Attorney demonstrates more concern for the criminal’s rights than theirs?